We can observe how certain cases of corruption, illegal political financing and influence peddling have become a subject of public discussion in Chile. These unusual and unacceptable phenomena, resulting from the private and illegal financing of political activity, can come in many different forms, such as bribery, donations for initiatives related to or sponsored by a public authority, political influence peddling or trade, lobbying aimed at determining the resolve of a public authority and obtaining unusual profits from private trading practices by using privileged information of an administrative nature (corrupt practices).

An analysis of corrupt practices can be approached from many different angles, including the private for-profit legal entities known as corporations. Among the great variety of entities that fall within this category, special attention should be paid to publicly traded corporations (PTCs) due to their essential role, magnitude and impact on the stock market.

Within the scope of PTCs, corrupt practices are included under “Conflicts of Interest,” although they are not regulated as such.

Nonetheless, we must consider that conflicts of interest are based on existing tensions between the rights of the owner (or shareholder(s)) on one hand, and on the other, the rights of administrators (the director or other executives). This issue is also known as an “agency problem,” which, as we all know, is the cornerstone of corporate governance theory.

In the Chilean context, tending to the overconcentration of capital evidenced by the way stock is held by a very small number of controlling and/or majority shareholders, the dichotomy between shareholder and director does not really take place, but reconfigures itself into a battle between the interests of the controlling shareholder(s) and minority shareholders. This is the result of garnering enough power from the administration that it is possible to exert significant influence on its managing power.

This issue cannot be overlooked, as the regulatory burden of obligations, fiduciary duties and due diligence entrusted to directors by law does not take account of the intrinsic presence of the controlling shareholder, who is the true client and ultimate beneficiary of corporate governance. However, Chilean law assumes that the controlling shareholder does not exist and the director operates in an environment free from any such influence. This dichotomy between the legal and factual realities is one of the factors that significantly hinder the assumption of responsibilities by minority shareholders and forces legislators to adapt their legislative completion strategies, focusing on increasing the burden on directors by raising the cost of legal noncompliance.

An analysis of corrupt practices can be approached from many different angles, including the private for-profit legal entities known as corporations

The law has addressed conflicts of interest in PTCs ((Namely: (i) establishing a charter toward which the entity’s actions and administration are oriented and subject, with an explicit focus on profit, at least in the case of Chile; (ii) establishing a management standard applicable to the administrators of the PTC (directors) focused on profitability and keeping it outside the interests of shareholders that lead to their designation and whereby they are committed as joint co-debtors in their personal assets; (iii) highlighting the management standard in a specific manual of prohibited practices that are detrimental to the society or its shareholders; (iv) imposing a sophisticated administrative control system through the participation of “independent” and preventive control committees with a specific purpose and through external audit firms; (v) establishing a system of permanent revelation and official dissemination of relevant information to the market and the general public; (vi) calling for the implementation of publicity and equity procedures (arm’s length) for the approval of contracts with counterparts related to the PTC, its administrators and controlling shareholders; (vii) prohibiting and punishing the use of privileged information in the stock exchange and the use of a dominant position in the market in the case of utilities; (viii) establishing a system of simplified collective demand from shareholders against directors who do not fulfill their obligations or with the Spanish Corporations Act (LSA); (ix) establishing a system of advertisements of public tender offers for shares in case of a management change in the PTC; and (x) introducing specific legal amendments to the collective resolution rules –supermajority– linked to the rights of forced repayment of shares.))  through a report on the regulatory instruments working together as pillars of equity and control1. However, within the aforementioned context of overconcentration, these are also complemented by a prohibition laid against the controlling shareholder, whereby they cannot exercise their rights to the detriment of other shareholders’ –i.e., minority shareholders’– interests.

It should be noted that the main objective of a PTC is generating profit, which is to say, making as much money as possible within the boundaries of law. Therefore, directors manage PTCs with the sole goal of carrying out profitable activities that will enable them to generate the highest dividends to distribute among shareholders. This principle is at the foundation of corporations and, from the point of view of public policy, the widespread pursuit of this profit-making objective is essential to obtaining maximum efficiency from productive forces and facilitating the country’s economic growth.

Thus, with regard to corrupt practices, two effects can be expected: (1) the corrupt practice allows better results for the PTC, or (2) it is an expenditure of resources that reduces the general level of dividends without any economic justification, affecting all shareholders.

In the first case, the corrupt practice will cause a breakdown of fair trade or free competition, for which a control plan outside the scope of corporate governance analysis was included in the law. 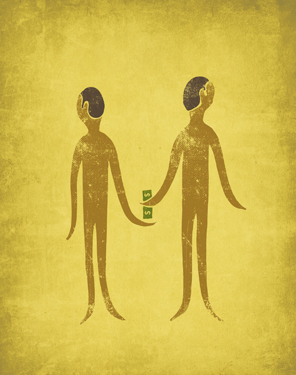 To sum it up, undertaking a corrupt practice affects the pursuit of profit by the PTC, and thus is against the interests of the shareholders.

How can a situation like this occur? Is there no underlying legislation to prevent this anomaly?

We should take into account that directors must respond to the whole PTC and not only to the shareholders who appointed them. If we strictly stick to the provisions of the law, the controlling shareholder cannot influence management decisions as those are independently and autonomously taken by the administrative body: the board of directors. However, the definition of control laid down by Chile’s Law Nº 18,045, governing the stock market, discusses a significant influence on administrators, which is inconsistent with the legal structure established in accordance with Law Nº 18,046 on publicly traded companies. This is not a purely academic issue, since the interpretation of both laws requires an analysis in which there will always be space for ambiguity or arbitrariness, giving rise to unusual and anomalous practices.

To make things even more difficult, an additional factor has modified the foundations of the previous analysis; is there a correlation between what the law describes as the absolute abstract substance of the PTC and what society currently requires as a consequence of its historical evolution?

Currently, it might seem as though the framework for social demands imposed on PTCs has forced them to evolve from being solely profit-focused entities into a complex and blurred concept of social moral identity and social responsibility. In other words, a new perception of the PTC has emerged that compares its liabilities to those of an individual. Even in its latest version, the moral entity is considered a true corporate citizen.

How reasonably justified and approved should these activities be, taking into account they no longer follow the path of profit, which could imply a significant reduction in dividends? Let us assume that, without entering the public field, the PTC decides to promote a cultural or social initiative with an external political component. The limit keeps shifting and the line between partisan contributions and societal contributions is increasingly blurred –i.e., when a mining company finances a children’s cultural activity implemented or sponsored by a senator–.

It is fair to conclude that it is very difficult to demand a “vow of chastity” from PTCs while urging them to behave as good citizens on the grounds of a change of circumstance. The law cannot make such distinctions without incurring grave inequities or opening potential loopholes.

Then, wouldn’t it be crazy to condemn PTCs for spurious contributions to politics while simultaneously asking them to engage with the community and be socially responsible?

Between the two alternatives and in the absence of jurisprudence to pave the path toward convergence, I believe the law has to choose a preventive option. That is, the law must clearly state that the leakage of funds outside the reasonable framework required by the administrator’s liability standard –for which evidence should be prepared in advance through the establishment of an ad hoc procedure– alters the profit-making goal of the PTC and, given the significant reduction of dividends to be periodically distributed by the PTC among shareholders, any shareholder can carry out compensatory action against the directors. Finally, the facilitation of the judicial action will be key to guaranteeing the efficacy of such a preventive model against corrupt practices.

Otherwise, the PTC should be required to implement an explicit societal contribution and liability policy, so that expenditures made to the arts, charity, sports and even political activities are acknowledged and approved by shareholders, ensuring nobody complains if the controlling shareholder decides to finance his partisan interests with the funds of the PTC to the detriment of minority shareholders. This way, directors can also mitigate their liability and avoid demands that hinder the operation and finances of the PTC. 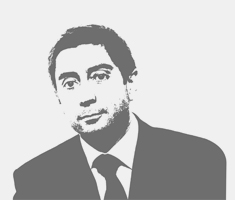 Max Spiess
Founding Partner, Baraona - Abogados / Chile - Switzerland
Spiess holds a law degree from the Catholic Pontifical University of Chile and a master’s degree in law from the University of Virginia in the U.S. He is currently a partner at Baraona – Abogados law firm. Before this, he worked for Cleary, Gottlieb, Steen & Hamilton in New York and Frankfurt. He has advised the Chilean Ministry of Finance on public financing, derived instruments and corporate governance projects. Spiess is also part of the World Bank’s panel of experts and leads a project on pensions and capital markets reform for the Kingdom of Bhutan and the Ministry of Finance of Paraguay. He has also been a professor of commercial law, capital markets, finance and corporate governance, stock markets and corporate direction at a number of Chilean universities. [Chile – Switzerland] @maxspiess