All court proceedings with significant media coverage affect the reputations of the people and companies involved. To put this discussion into context, I believe it is necessary to let go of the image that pops up when we think about this topic: the front page of a newspaper with a photo of a public figure being escorted to their car. I would like to widen the spectrum and address those cases in which the defendant is not the only one to suffer the consequences, but in which third parties totally unrelated to the court proceedings also receive backlash. Similar to the “Watergate” case, there have been cases in Spain that have been titled after the name of the restaurant where illicit conversations were taped. This has had dire consequences for the restaurants in question.

I use this example to avoid a common prejudice whenever this issue is addressed; we tend to think that “if charges were brought, there is probably a good reason for it.” This implies attacks on the two main principles of our system: on one hand, the principle of effective judicial protection and, on the other, the principle of presumption of innocence.

Justice in the EU makes a distinction between those who assess the efficiency of procedures (disposition time or clearance rate), the quality of justice and finally, the independence of judicial bodies. ((Alonso-Cuevillas, J. Eficiencia y transparencia del sistema judicial español en el contexto europeo (Efficiency and transparency of the Spanish judicial system in the European context). Pgs. 34 ff. (2015, Bosch ed.).)) When I analyzed this issue during my university years, submerged in the basement of the library of my law school, I ran into a book entitled Who controls the controller?, which was about how the system of checks and balances should regulate the power of the then-new “fourth power,” the media. The most fascinating thing about the book was that the analysis was focused not on how to control the media, but 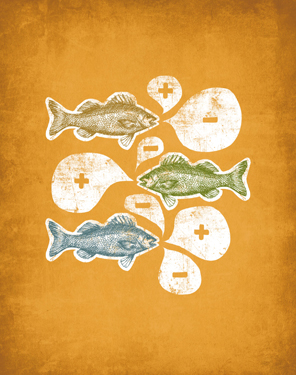 on how to defend the judicial system in order to protect its necessary independence during the review, investigation and resolution of cases.

Judges and magistrates must take great measures to preserve their autonomy from public opinion –and I emphasize the word “opinion,” since most of the time news is not limited to a description of the facts–. Whenever they manage to deliver their judgments while ignoring public opinion, their independence is questioned, especially if that judgment or resolution is contrary to what the press had predicted. Is a society ill if it does not accept a judicial resolution unless it coincides with the one issued by journalists and columnists several months in advance? The adjective “ill” might sound a bit too harsh, but it is a cornerstone issue: the credibility of the judicial system and effective judicial protection.

A key change to the foundation of the rule of law came precisely when the inquisitorial concept of “presumption of guilt” was replaced by the principle of presumption of innocence. This principle constitutes the basis of every judicial process, but media coverage can exert tremendous impact on it. The rule of law teeters when the media criticizes a lawyer or a judge for defending someone whose political beliefs are contrary to the editorial line of a newspaper.

Freedom of speech against effective judicial protection and the independence of judicial powers– therein lies the challenge ((And this must be resolved rapidly since the new debate coming from the American doctrine focuses on a necessary review of the balance between governmental transparency and obligation of secrecy in relation to the right to information in the post-Snowden era. I would like to point out this question as a new focus of debate, which, along with the issue addressed in this article, should be legislators’ main concern. See Transparency, Surveillance and the Future of First Amendment Law, by Debra Krozner, in Yale Law Report -Volume 2, summer 2015-)) The impact on the reputations of companies and individuals facing judicial processes is just the tip of an iceberg rooted in the foundation of our democratic system, which needs to review its current checks and balances in the separation of powers –including the fourth power, the media– and with respect to the institutions and operators of the judicial system.

We all play a distinct role, which is why UNO can address this issue from multiple points of view: the legislative power will have to find the right formula to guarantee effective judicial protection and to adapt judicial processes to the current times (with particular emphasis on timing and secrecy); the executive powers will have to be cautious and extremely transparent with regards to judicial power; and the judicial body should protect its autonomy and independence. This requires the respect of the other powers, included the fourth one, which should know how to appropriately address issues of public opinion and turn them into topics of discussion to enhance the system –not merely to condemn it–. (Giuliana Ziccardi Capaldo has given a fascinating analysis in An embryonic system of checks and balances: judicial review of global and national governance bodies, on page 647 ff of M. Cherif Bassiouni’s latest book, Globalization and its impact on the Future of Human Rights and International Criminal Justice -2015, Intersentia ed-.) 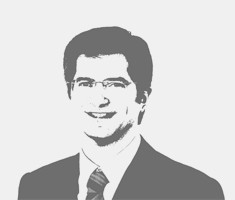 Joan Roca
Partner – Vice-President of Roca Junyent / Spain
He is Partner and Vice President of Roca Junyent and president of its board of directors. He currently combines his duties as managing partner with counseling services on contracts, especially for mergers and acquisitions, representing both public or regulated companies and Spanish and foreign financial entities. He has plenty of experience in the regulatory field and sits on the board of directors of various companies from regulated sectors, insurance companies and financial entities. Aside from his experience and activity as a lawyer, Roca has always been actively involved in teaching. He actively participates in associations and civil society and is the author of various publications. [Spain]