Safeguarding a client’s reputation in the heat of litigation should be central to any litigation strategy. At a time when news can be syndicated around the globe before your client has even stepped outside the courtroom, it is critical that advisers prepare in advance for the reputational threats posed by litigation. In doing so, they will be better positioned to assess, predict and react to those threats facing their client.

Media interest will generally begin long before a trial begins, with commentary and coverage continuing long after it ends. Advisers to those involved in litigation proceedings must therefore take the steps to protect and minimize reputational damage caused by such media interest. So what to do?

First, acknowledge that the courtroom presents a great opportunity for journalists and detractors to spread private information about your client and their business. Media articles based on legal proceedings can include information which might ordinarily be protected from being published by privacy or libel laws. This means that it is extremely easy for the media to repeat damaging allegations or private information disseminated as part of a legal case. In addition, journalists will often tweet from inside the courtroom during proceedings; allowing details presented before the court to go far beyond the four walls of the courtroom. 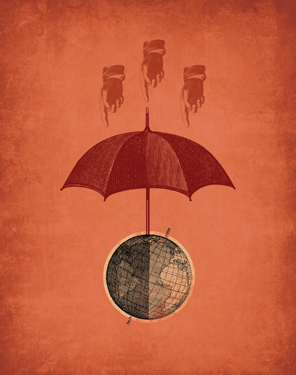 Second, assess potential vulnerabilities and create a pre-emptive strategy to mitigate potentially damaging allegations or private information that may be presented in court. Being proactive means not waiting for the reputational crisis to happen once the legal case is underway. It requires advisers to anticipate where the potential reputational hazards may arise in the court case and planning how best to combat them.

Third, ensure that you are able to react immediately to any misreporting of court proceedings. Given the immediacy of the media’s reporting there will inevitably be misreporting; which can quickly proliferate at the cost of your client’s reputation. The journalists reporting on a legal case –as well as any potential detractors who stand to gain from your client being placed at the heart of a reputational storm– need to be identified and monitored. Reporting on a legal case should be fair and accurate and failure to do so will legally expose the publisher or writer. Inaccuracies can be changed and proliferation halted but doing this effectively will require you and your team to be in a position to react immediately. Live reporting requires live monitoring.

Lastly, look to control the content of evidence and facts being introduced throughout the court proceedings. Legal teams involved in court proceedings are privy to witness statements and other documents before they are presented in court. Therefore, take measures to minimize the amount of personal and commercially sensitive materials that can be reported on by the media. From asking for redactions on the evidence to requesting aspects of the hearing to be conducted in private, there is a lot that can be done pre-emptively to defend your client’s reputation.

It is fundamental that reputational considerations are built into any litigation strategy because reputation can be far more vulnerable to a person or business than the actual subject matter of the litigation itself. It is crucial that advisers to those involved in litigation ensure that all skeletons and potential hazards are anticipated and assessed. Only then is it possible to deal effectively with any ensuing reputational issues that may arise during court proceedings.

Ultimately, the more that proactively goes on behind the scenes the less that goes on in front of the cameras. 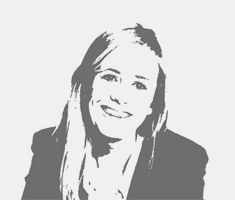 Gillian Duffy
Senior Associate, Schillings / Ireland
Gillian Duffy is a senior associate at Schillings - an international reputation and privacy consultancy. Gillian’s expertise in commercial litigation sees her deal with complex and multi-jurisdictional disputes. Having practised as an Advocate, Gillian brings her front line litigation skills to bear as a reputation and privacy defence lawyer. [Ireland]