When Reputation is brought into question

At the beginning of a trial, the judge, after having verified the parties are present, solemnly says the words “public hearing,” by means of which any citizen is invited to attend and witness what happens in the courtroom. It is not a mere formality, but a matter of respecting the fundamental principle of the rule of law: protecting citizens against a justice that is far from the public eye and thereby keeping the community’s confidence in the court system. As Mirabeau once said, “Give me the judge you want; a partial one, a venal one or even my enemy, I am not bothered as long as he cannot do anything unless it is in the public eye.”

If a newsworthy element is added into this public legal process, the judicial and communication spheres will inevitably intertwine. Even though a legal professional might disagree, this union is unavoidable and essentially democratic.

Citizens punish the facts which, objectively or through purely subjective judgment, deserve their disapproval

Therefore, it seems unreasonable to manage the reputational risk inherent to litigation by hoping that what happens in the courtroom stays in the courtroom. We should take into account the premise that, when the process includes a potentially newsworthy element, a parallel trial will inevitably take place outside of the courts in a much more open forum, where the rules of the game are not as clear or may be simply unknown to the attorney.

From this first premise I would like to extract some others, based on my own experience.

The first is that an adequate exposition of the facts and the interpretation of the law within the framework of the (judicial) process are not enough for an attorney to defend their client’s interests in a sound manner. The fluidity of our environment results in a more integral role for the legal expert, who must develop a long-term vision, thoroughly know their client’s activity and reputational value and act as a leader outside the courtroom as well, incorporating communication into their legal strategy. 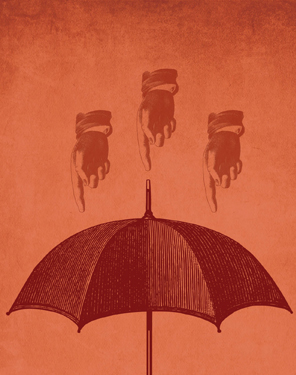 Secondly, this must be done in an especially demanding environment, in terms of reputation. The mere fact that a client is involved in a judicial battle –even when it falls under the scope of civil competence– implies a significant –and sometimes unjustified– negative burden. When it comes to public opinion, entering the courtroom is inevitably linked to a certain incertitude concerning the client’s activity, the inability to resolve conflict in a business environment, or simply guiltiness. It should not be like this if we consider for a moment –this is the first communications challenge in this context– that in a democratic environment the judicial system is the most civilized way to resolve disputes, if the principle of presumption of innocence is truly assumed to be correct.

The third conclusion is that we, as attorneys, must humbly admit that the impact of a court decision on a client’s reputation is limited compared to the extraordinary strength of public opinion; citizens punish those actions that, objectively or based on purely subjective judgment, deserve their disapproval. If we are unable to convince the public that this is a fair decision, they will assume the verdict is the result of a judicial error or obscure conspiracies and will continue to condemn even a party declared innocent by the court.

Neither can we ignore the reverse; in other words, the influence of the public’s judgment on the judicial judgment. Without questioning the independence or legal accuracy of the judge, it would be naïve to think their decision will not be influenced, to a greater or lesser extent, by each party’s reputation.

Finally, as attorneys, we must be aware that communication in general is based on certain language and principles that have nothing to do with the ones prevailing in a legal procedure, and can even be contrary to them. That is why it requires the work of an expert in the field. For instance, although in a criminal process the right to defense enables the defendant to not tell the truth and lying goes unpunished (“You have the right to remain silent. Anything you say can and will be used against you in a court of law”), public opinion does not forgive anyone who manifestly does not tell the truth.

In conclusion, the preparation of a public case that exposes the reputation of our client to public judgment requires a communications strategy aligned with judicial actions. This implies a particular methodology and the collaboration of experts from both fields, as well as a great effort to transform the rigor and accuracy of legal language into the immediate and concise language used by the media.

Parallel trials are inevitable and are a consequence of the public nature of justice. Communication must be understood as a strategic tool that enables the audience to correctly interpret what is happening in the courtroom and avoids our client’s reputation being questioned or, in a worst-case scenario, a true breach of trust. 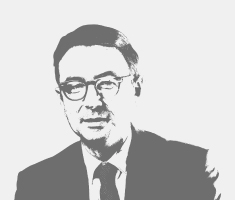 Jorge Badía
Managing Partner of Cuatrecasas, Gonçalves Pereira / Spain
He is Managing Partner of Cuatrecasas, Gonçalves Pereira. He holds a bachelor’s degree in law from the Universitat Autònoma de Barcelona. As a member of the company’s executive board, he participates in the development of the law firm’s strategy. Up until his appointment as managing partner, he was responsible for the areas of communication and was the coordinator of litigations and arbitrations for the company. Badía has extensive experience in litigations arising from commercial contracts, acquisitions and shareholding conflicts, many of which have had significant media coverage. He regularly advises different management boards in the field of liability of company directors. [Spain]