Volkswagen, the major German automotive company, is facing its worst crisis in its history after having admitted that over 11 million Diesel VW cars were fitted with a so-called “defeat device,” capable of rigging emission tests both in Europe and abroad. The numbers show that the company’s profits fell strongly; by the end of September 2015, its losses had exceeded $29 trillion. It will also have to face fines totaling over $18 billion in the U.S. alone. At the same time, the U.S. State Department and the U.S. Attorney General’s Office, as well as the German Attorney General’s Office, have launched an investigation that could lead to the prosecution of the company and its management team for consumer fraud and environmental crimes. The VW brand –the “People’s Car, made in Germany”– has been seriously damaged, and the upcoming judicial processes will only exacerbate its reputational damage even further.

The ideal justice system is one in which the judge interprets and applies the law, where their judgement is accepted and conveyed to the community as a fair decision made according to the society’s values

The link between Criminal Law and public opinion dates back as far as criminal law itself –the well-known “Roman trial” against Jesus of Nazareth is an example thereof– and has acquired another dimension in recent years as a result of today’s overwhelming amount of information. Whenever there is a relevant legal or judicial ruling, digital media disseminates images, comments and opinions in any number of languages within minutes or even seconds, triggering a true “media trial,” both public and parallel, whose strength directly correlates to the level of public interest it generates. In this public trial, as in marketing, opinions, preferences and the audience’s positive or negative feelings prevail over evidence or arguments, declaring innocent people guilty and vice versa, or simply exacerbating the culpability of those who are guilty. Depending on the strength of a country’s justice system, judges will act with a greater or lesser degree of independence, either ignoring or following the judgment issued by this “fourth power.”

However, justice is not limited solely to the strict enforcement of the law –it also requires legitimacy–. The ideal justice system is one in which the judge interprets and applies the law, where their judgment is accepted and conveyed to the community as a fair decision made according to the society’s values. For that reason, several studies have been conducted on the relations between the media and criminal justice in recent years, taking among others, a juridical, philosophical, sociological, psychological, economical, anthropological and communicational approach. All of them are geared toward defining the 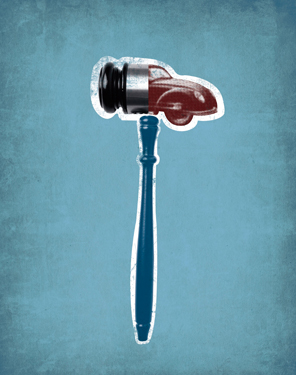 limits, if any, a society can or should accept between judicial decisions and public demand. As Spanish lawyer Manuel Atienza points out, the decision-making process a judge follows does not follow juridical reasons (“justification context”) alone, but also what we call explanatory reasons, which are linked to the ideas, beliefs and cultural values of the person who decides (“discovering context”) – an area in which public opinion and social perception inevitably play a key role.

In this context, especially in those countries in which a company’s criminal liability is accepted (Chile, France, Spain, UK, U.S.), regulations generate important incentives for companies to regulate themselves and manage the risk of committing offenses through what we know as compliance systems; that is, programs for the prevention of corporate criminal activity in order to avoid crimes such as corruption, money laundering, fraud, etc. It is used as a way of mitigating patrimonial, legal and reputational risks, as well as the damages that a potential conviction could mean for the brand in question. Another important factor is the mere investigation of a corporation, since it can seriously affect a brand regardless of its innocence or guilt in what is called a “bench sentence.” This is what happened in the famous case of Arthur Andersen LLP, which, despite being ultimately acquitted by the U.S. Supreme Court in 2005 of the offence of obstruction of justice, was crushed by the weight of the reputational damage it suffered throughout the trials. At the end of the process, the company had to declare bankruptcy.

This being said, compliance systems are not a comprehensive solution. After a case is exposed, corporate compliance is often reduced to a simple marketing or corporate cosmetics tool. This was the case, for instance, with Brazilian state company Petrobras and German multi-national company Siemens, where the existence of compliance measures, codes of conduct and systems for internal complaints were treated as a simple facade or mere formality and did not stop senior management from colluding with private parties in hiring processes or tendering in exchange for large sums of money that were disguised in the accounts for years as payments for services to offshore companies and laundered through complex financial engineering schemes. In the case of compliance and the analysis of its performance capacity, one question remains – why was a German company like Siemens not able to commit acts of corruption in Germany, but able to do so in Argentina, Bangladesh and Venezuela? Or why Volkswagen, despite its previously strong compliance systems and after facing serious accusations throughout history, such as the use of prisoners in its plants during World War II in Germany, is now involved in the aforementioned case of defeat devices to turn off emissions controls?

After a case is exposed, corporate compliance is often reduced to a simple marketing or corporate cosmetics tool

In conclusion, as Alejandro Romero, partner and CEO for Latin America at LLORENTE & CUENCA, said in regards to a famous judicial defense we shared in 2014, “In a criminal case with broad media coverage, lawyers cannot state anything that isn’t true.” That is, we must learn how to communicate, and communicate true information to “market” our honesty. This is the best way to not only protect the company’s brand, but also win the case based on the legitimacy judges require to solve a case in a fair and lawful manner. Sometimes, as Sun Tzu wrote in the fourth century B.C., “Wars are moral contests, and they’re won in the temples before they’re ever fought.” 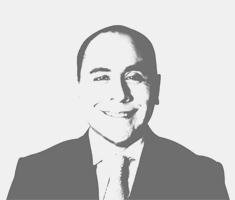 Carlos Caro
Founding Partner of Caro & Asociados / Peru
Caro has a law degree from the Pontificial Catholic University of Peru (PUCP) as well as a Ph.D. in law from the University of Salamanca in Spain. He also conducted postdoctoral studies at the Max Planck Institute of Foreign and International Criminal Law in Germany. Caro is currently a professor of criminal law at PUCP and the University of Lima, as well as Founding Partner of Caro & Asociados and the Center for Studies of Economic Criminal Law and Enterprise. [Peru] @ccaroc2011