The management of corporate communications in litigations

Wegal disputes often affect the image and reputation of a company. The impact extends beyond the legal consequences of the proceeding, and regardless of the litigation, is commensurate to the attention it may attract from the media and public opinion.

In general, there is more public information available on legal issues than in the past. When trials are particularly juicy, the information overflows from the classical “legal section” of newspapers and makes it to the front pages. In the case of corporations involved in legal disputes, media coverage sometimes catches them off-guard. Executives express their surprise behind closed doors, wondering why such information arouses the interest of the media. We are not going to spend much time on this internal debate. Even if media coverage of a particular affair seems disproportionate, it is the media, not the companies, that decides which issues are or are not newsworthy. The legal hurdles facing businesses –large corporations in particular– logically draw media attention, particularly from specialized economic media, which inevitably cover this information. These are the rules and nothing can be done about them. Regardless of how successful the corporate communications strategy was before the affair, litigation will probably be covered by the media and this, almost always, entails “bad news” for the company.

If I may quote José Antonio Llorente in his book El Octavo Sentido (The Eighth Sense), trying to “turn a fire into a fireworks show” is completely futile, as it means trying to transform bad news into positive news or –even worse– trying to ignore it. It is always better to face challenges in a timely and responsible manner and try to put out the fire to minimize potential damage to the company’s reputation. It is essential to organize specialized teams responsible for managing these types of problems so that solving them has as little effect on regular operations as possible. Obviously, it is critical to have good lawyers who are able to resolve the legal dispute successfully, but it will also be necessary to involve communication experts so that a strategy can be developed according to the particular circumstances of each case. After all, it is a matter of managing the legal proceedings and media trial simultaneously.

The basic strategy of each case is always determined by the pace and requirements of the judicial process, whereas communication actions should be tied to procedural interest

A certain degree of tension is almost always expected between the need for discretion or silence proposed by lawyers and the desirability of providing information for communication experts to foster. The basic strategy is always determined by the pace and requirements of the judicial process. As for communication actions, they should be tied to procedural interest, keeping in mind that regardless of whether the communications strategy is active or reactive, a transparent, rigorous and reasoned communications effort is the first and foremost condition for success. If the arguments raised by the lawyers are clearly legitimate and compelling, they should be conveyed, as they will be perceived as such by the public as well.

On one hand, even if the judicial body is expected to be independent, information certainly influences the context and development of the judicial process in one way or another. Therefore, communications management can help achieve a positive outcome. A negative public perception can also influence the judicial process; perhaps not so much the legal results, but it will certainly affect the image and reputation of the company, even if a positive judicial outcome is achieved. Thus, it does not come as a surprise that the party that feels less confident about achieving a positive outcome sometimes intensifies its communication efforts in order to influence public opinion and achieve a more positive judicial –or extra-judicial– outcome. 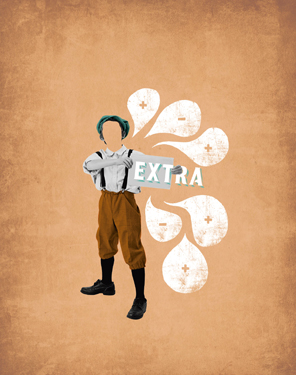 On the other hand, nowadays we need to understand that everything that takes place in a judicial proceeding can become public. Ensuring the publication of judicial proceedings is a distinctive feature of proper functioning democratic judicial systems in which the rule of law makes power visible and accountable. In this context, media access is not an unwarranted privilege, but a recognized right based on the social role they play. It is true that not all information related to a judicial proceeding can be published, since there are exceptional, legitimate limits; however, it would be naive to ignore that currently, even the aforementioned limitations are blurred by public information trends. Thus, it is not uncommon, for example, for the parties to a litigation to provide the media with favorable content that serves their sole interests and to which they have had access to thanks to their positioning in the proceeding. Sometimes the media has access to confidential information even before the parties themselves, thus lifting the principle of secrecy.

Ultimately, the structure of the judicial process, its processing, contents, language, etc. is generally too complex for public opinion and therefore, the risk of de-contextualization –accidental or in a partial manner– or of faulty interpretations can only be neutralized through an honest communications effort, sometimes with didactic purposes. In this regard, it is not necessary to mention the semantic discussion about the meaning of “accused” in a criminal trial, or whether this condition involves greater procedural guarantees or a pre-established guilt for the concerned party. It is common for the media to state things as if they were final, though they may be merely preliminary reports or stances adopted by one of the parties and their experts. This informative bias can only be countered through enhanced communications and transparency, counting on a spokesperson who does not merely act as the media’s point of contact, but who collaborates with the media in order to properly contextualize and interpret the development and outcome of the proceeding from the point of view of the company’s best interests. 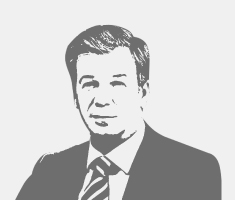 Joaquín Mollinedo
Chief Institutional Relations Officer of the Acciona group / Spain
Mollinedo graduated with honors from Complutense University of Madrid’s School of Law. Within the public sector, he has worked as an attorney and secretary-general of the Parliament of La Rioja, Spain, and Madrid Assembly, as well as chief counsel-general of the studies section of the Spanish General Council of the Judiciary. Mollinedo has served as a professor of public and constitutional law at the Universities of Zaragoza, Carlos III and San Pablo CEU. In the private sector, he has been director of institutional relations at Amena and Auna, a member of the board at Orange and secretary-general of Vocento. He currently works as the chief institutional relations officer with Acciona group. [Spain]