Moving toward a more independent Justice System in Argentina

IDEASUNO MagazineMoving toward a more independent Justice System in Argentina

Argentina’s new political era, which begins Dec. 10 after its change in government, offers an opportunity to launch a series of reforms to create a more independent justice system that can meet its society’s demands. There are two ways in which quick action can be taken to reach useful results. The first has to do with the composition and function of the Magistrates Council, the second with how to go about temporarily covering judicial vacancies while a permanent appointment is being made.

First, it should be a priority that the Argentine Congress enact a new law for the Magistrates Council, created during the last constitutional amendment with the aim of limiting political interference in the magistrate selection and appointment process.

It is essential that the Argentine Congress enact a new law for the Magistrates Council to ensure the preservation of the balance between the various public bodies, as required by the Argentine Constitution

The system should ensure the preservation of the balance between the various bodies required by the Argentine Constitution, a balance that has been distorted in order to benefit certain political institutions. It is critical to ensure greater participation among judges, including greater participation of the Argentine Supreme Court of Justice through its president. Federal attorneys, as well as scientific and academic figures, should be better represented as well. Attorneys should also have a role in the selection committee that appoints the Council, which is responsible for the confirmation process to fill judicial magistrate vacancies.

When I refer to the balance between the various bodies of the Magistrates Council, I am not merely referring to the integration process, but also to the way in which the organization makes decisions. It is essential to achieve special majorities for certain decisions through a consensus that takes various bodies into account and goes beyond the circumstantial political majorities. 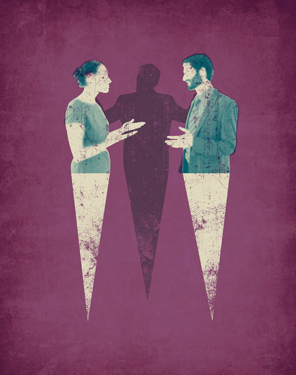 Another urgent matter is the need to integrate the magistrates that make up the Magistrates Council into the Financial and Administrative Committee. The magistrates’ representatives should be able to control the judiciary budget, which today is the only body that is not managed by its own institution. This affects its independence and the quality of service provided to the public.

The second key issue relates to what is known as the Subrogation Act, which establishes the procedure through which vacancies are temporarily filled. The way in which judges are designated in Argentina has always been political, since these appointments are made by the Argentine executive branch, with the approval of the Argentine Senate. The 1994 constitutional amendment limited this political right, since the government now needs to choose the magistrates from a short list of pre-selected candidates, chosen according to their suitability by a collegiate body: the Judicial Council.

This system has been completely distorted by the Subrogation Act passed by the Argentine Congress this year, strongly promoted by the Argentine executive branch. Under the new regulation, the executive branch is fully responsible for drafting these lists without the oversight of the Magistrates Council. Based on this list, the Council designates interim judges, or replacements, through a simple and circumstantial majority.

Thus, the system does not promote the appointment of people in accordance with their suitability for the vacancy. As a result, the consensus system is also weakened, since the regulation requires the intervention of several public bodies and a special majority of two-thirds of the votes in order to draft a list of candidates who may then become judges.

The appointment of interim judges through the current regulation makes them vulnerable, as became clear this year with the removal of Santiago Ulpiano Martínez from the First Federal Court of the city of Bahia Blanca, and my own removal from the Federal Investigation Board at the Court of Cassation. Both departures were due to an administrative decision made by the Magistrates Council through simple majority, violating the law and the Argentine Constitution, which only provides for the removal of judges, including interims, through impeachment.

The politicization of the Magistrates Council and the vulnerability of judges are two shortcomings of the judicial system. However, the primary victims are the citizens, who are the beneficiaries of the system and need independent judges who cannot be removed depending on the mood or suitability of administrative officers. 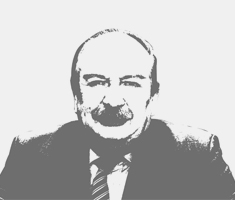 Luis María Cabral
Member of the National Magistrates Council / Argentina
He is a current member of the National Magistrates Council, where he represents the judicial body. He was part of the Council between 2006 and 2010, and between 2010 and 2014 he served as president of the Argentine Association of Magistrates and Officers of the National Body of Justice. Cabral has 45 years of experience as a lawyer, a profession he exerted until 1993, when he was appointed judge in the Oral Criminal Court nº 9. He was also an interim judge in the Argentine National Court of Criminal Annulment for four years. [Argentina]