CSR as a placebo

Even though the concept of Corporate Social Responsibility has been consolidated and actions involve thousands of companies and reach millions of people, when twenty years ago the concept was only used by some cutting-edge thinkers who wondered how to put it into practice, we can say that there is still a big gap between what is preached and what is practised. Or between what is advertised as being done and what reality shows that has actually been done.

For Corporate Social Responsibility –or any of its shiny new names– to work as a remedy against the effects of inequality and not as a placebo to create a feeling of access to opportunities, some paradigms must change to conceptualise and define the corporate social impact strategy.

From profitable goods to useful goods: a change in the basic paradigm involves the company’s decision to produce goods or services under the monolithic logic of profitable goods. Profitable goods start to be conceptualised from a financial point of view –because something is profitable, it is produced and marketed– then public policies to promote them and a legal system to protect them are created. Whether that good contributes to human dignity or not is of little significance because what matters most is profitability, and whether it has a positive impact on the planet matters even less, because profits justify any impact on the environment. The new logic requires businesspeople that produce useful goods for the planet and for humanity in order for their returns to be legitimate. A useful good is first conceptualised on the basis of the positive impact it will have on the planet, then the value that it contributes to human dignity is assessed, then a legal system is designed to protect it, as well as public policies to promote it, and finally, the financial structure is created to produce and market it. CSR consists in finding ways for a company to make a profit by contributing to the creation of collective wealth and not at its cost.

For Corporate Social Responsibility to work as a remedy against the effects of inequality and not as  a placebo to create a feeling of access to opportunities, some paradigms must change

From the industry to the gap: many CSR actions are conceptualised from the point of view of industry logic, answering the well-meaning question of “what can I do for people in need?” However, initiatives are defined from the point of view of the comfort of a social sector and thinking of others as the beneficiaries. If we persist in thinking of strategies as a matter of donating the surplus or transferring what we can, we will mitigate but not solve problems, and the beneficiaries will be turned into recipients of charity who will depend on what others can do for them. The change in the paradigm involves investing in what others need, to create transformations in context and transform beneficiaries into the agents of change with the capacity to define their own quality of life and have an impact on general well-being. To do so, CSR should stop thinking from the industry that promotes it but rather from the gap between the owner of resources and those whose needs are not met. Acting from the gap means leaving the comfort of the industry, which isolates, and operating from the gap between industries, which bridges.

From real power to diffused power: both the companies that promote CSR actions and social organisations that come together to implement them believe that it is the real power of their organisations that makes it possible to create social change. Real power –comprising the paid team, the budget, the critical mass of allies, the material goods– is necessary but is far from sufficing. No organisation has an

impact on the basis of its real power, because it can be measured, and everything that can be measured can be neutralised. Social change comes from an organisation’s ability to create diffused power, which consists in the ability to organise tangible and intangible resources in the society which can be oriented towards a shared transformation project. Diffused power means volunteering, a network and the media. They are human resources, materials, and spaces that do not belong to an organisation and do not constitute its real power, which cannot be measured, and thus cannot be neutralised. For this reason, the more diffused power is, the more specific its impact.

From successful programmes to public policies: CSR is frequently conceptualised from the logic of philanthropic marketing, which consists in performing a social action to add to a brand’s reputation. This strategy entails missing an opportunity, because that action is most likely to be carried out in isolation and will end up as part of an outstanding social balance sheet of the company. However, if an action was thought of as able to include other agents and promote a public-private partnership, and if this alliance, rather than being conceived of as diluting the presence of the company, was seen as boosting the impact that can be communicated, CSR would no longer be understood as a sum of successful programmes, but rather synergistic public policies.

From funding projects to investing in public goods: a company’s social investment can be thought of in two ways as regards its impact scale: funding projects with a limited reach due to its load capacity or investing in public goods whose reach is increased. A company’s investment in public goods entails understanding them not as something that depends on the State, but rather as any good or service that is available to everyone in equal quality and quantity. In our increasingly complex and sophisticated societies, public goods are designed, produced, distributed, and guaranteed by a wide range of agents. So it would be a great contribution if CSR strategies actively involved companies, playing a central role in the generation of quality public goods.

It would be a great contribution if CSR actively involved companies, playing a central role in the generation of quality public goods

From advertising success to communicating knowledge: CSR efforts are usually aimed at showcasing the success of a public good action, following the logic of the commercial balance sheet, advertising the positive outcome of an investment, in this case, social returns, as they are known. A different logic would involve basing CSR visibility strategy on communication of the knowledge, lessons, and best practices that created positive changes as well as those failures that promoted changes in strategy and new knowledge. After all, social investment is not made to make people successful, but instead to make them happier.

So far, CSR has been conceived to prove that a company, using part of its resources, makes a social investment. It would be different if the paradigm was based on proving that social impact is ensured by total corporate investment. There are new formats, such as social companies or B companies, which embody this new logic of doing business with a social impact that is positive for the planet and adds value to humanity. 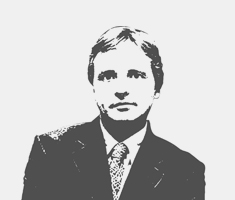 Fernando Rueda
Manager of Strategic Alliances for Europe at the Fundación Avina / Spain
He is the Manager of Strategic Alliances for Europe at the Fundación Avina. He holds a degree in Political Science and Sociology from the Complutense University, and he is an expert in international cooperation. He has worked as an international consultant, analyst, researcher, and development programme and project manager for intergovernmental and national organisations, as well as for private foundations and institutions for more than 20 years. He has worked in the Fundación Alternativas as Director of the Observatory for Culture and Communication, and is currently a member of its Advisory Board. He previously worked for AECID, the Organisation of Ibero-American States, and the European Commission, carrying out tens of missions in Latin America and Europe in cooperation with institutions such as UNESCO, the European Council, SEGIB, OIF, CPLP, and BID, among others. [Spain] @FernandoRuedak 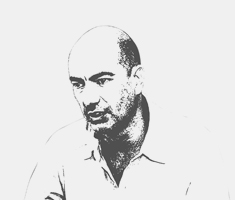