Gender and innovation on the male planet

I have been talking for twenty years about the male planet, that anachronistic place which women find it hard to access, but which inertia and the lack of innovation and creativity keep going.

These days, everyone in the business world knows what CSR is. Sustainability, environment, disability… these are words that are part of the DNA of many Spanish companies. However, when I ask them about Gender Diversity, they unapologetically say ‘you got me there’ (sic).

I welcome and celebrate any initiative launched in the areas I mentioned, but I cannot understand the inertia that results in overlooking that society is composed of men and women and ignoring the fact that trends are indicating that a company should reflect the society in which it operates. So I wonder why is part of CSR not discussed and thoroughly assumed and why is gender so often ignored or disdained?

Why is part of CSR not discussed and thoroughly assumed and why is gender so often ignored or disdained?

Human rights, the social and work integration of people with disabilities and excluded sectors, responsible consumption, protecting children… these are some of the goals of companies and institutions that want to improve. But gender is not a priority issue in their agenda. The risk then does not lie only in the loss of talent that is so often discussed, but also in the loss of diversity, which is crucial so as not to become an old-fashioned company that reproduces the usual family picture: only 5’8’’ white males aged 65 to 70.

Both equality and inequality are created, says sociologist Saskia Sassen. For this reason, a more “militant” attitude is required to face an issue that is crying out to be taken into account and has an extremely high potential. We should “challenge” those in power to speed up the changes and not accept any delays or lazy answers. And decision-making executives should be educated so that they apply the gender view in business management, in the understanding that it is not an expense but an investment.

Although innovation is the word in vogue, I think it’s alarming that companies that work immersed in the field of technological and process innovation, that pay experts and gurus –almost always men– to identify trends and set the route or to reinvent themselves and not disappear, ignore the fact that part of that innovation involves doing things differently. If you have had poor results so far, you should change your point of view, your gaze… and your people!

The state of things and the scant presence of women in decision-making positions are discussed on a regular basis. Progress and setbacks, statistics, victories and defeats that threaten to turn into the famous line from The Leopard: ‘If we want things to stay as they are, things will have to change’.

I write, speak, and take part in forums in which these issues are discussed, and I often bore myself because I have no news to convey.

There are many more women in the positions they deserve, who are becoming references for others in the necessary tasks of “standardising” their presence in all areas. They have sufficient training and skills, but there is still a huge power gap.

When I ask companies about the reasons why not more women hold decision-making positions, I am answered with another question: do women really want to have power? Even though it doesn’t help to delegate their responsibilities, the question is a good one. As long as women don’t have the determination to take power by the horns and stop looking for it in corners, it will be difficult for opportunities to arise. Moreover, the headwind, trip ups, and mere inertia will kill us in the attempt.

Not long ago, I read that if Spanish legislation was properly applied, Spain would head the leading countries in gender diversity. However, despite all advances, recent data place it at number 23 in the ranking of 27 OECD countries as regards women’s integration in the workplace.

I firmly believe that it is urgent to change things, and I know that the success of a gender diversity programme, like any other, is closely related to the importance given to it and to the rigour with which it is planned and executed and its results verified.

We know that there are at least four main axes to make progress: the CEO’s commitment to ensure that gender diversity is part of the business strategy; having women at all levels of the organisation, assessing progress and identifying obstacles; implementing a campaign that can influence resisting mindsets; and focusing initiatives on the main points of tension found.

I would add another key axis: men should be an active part of the change. If the company in which they work becomes a better place for women, it will also be a better place for them. And they should help to create an innovative model, in which such topics as reconciliation and co-responsibility are equally assumed by men and women.

One final piece of advice: If the figures and statistics that indicate that diverse companies are better and more profitable are not attained by means of arguments involving persuasion or justice… then use force.

Otherwise, you can just sit tight and wait for the hurricane of change to sweep you away. 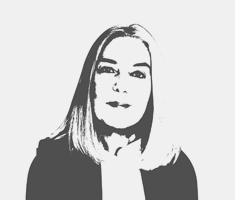 Mercedes Wullich
Founder of Mujeresycia.com, Gender Capital and the Top 100 Women Leaders in Spain / Spain
She is a journalist and entrepreneur. She was born in Buenos Aires (Argentina), and has lived since 2000 in Madrid (Spain), promoting projects for diversity, visibility, access to power and inclusion of women. She founded and heads MujeresyCía, the Top 100 Women Leaders ranking, and the consultancy Gender Capital. Her latest initiative is EngageMEN, to involve men in women’s access to decision-making positions. She gives workshops and lectures. She is the author of Seis mujeres, seis voces, otra mirada sobre la mujer y el poder (Six Women, Six Voices: A New Look at Women and Power), and a co-author of Guía para la Gestión de la Diversidad en Entornos Profesionales (Guide for Diversity Management in Professional Environments), among others. [Argentina-Spain] @MercedesWullich