Bicycle lanes, escalators and mechanical ramps, improvements in urban public transport… All of these terms probably bring to mind more or less innovative ways to move through cities, of making citizens’ movement within cities easier and more sustainable.

However, they are much more than that. They are also social actions. Because social means that elderly people who hardly leave their homes because they live in a high area of the city and find it almost impossible to go back home walking up a steep slope do not need to think twice about going to their local supermarket, to the park, or out for coffee.

In Santander we know this well, as our city is hilly. The actions recently carried out have been so warmly received that not a day goes by without a local approaching me to ask for elevators in his neighbourhood.

They are socially responsible investments that improve the quality of life of people, the main focus of any public administration

Social also means that young people can ride their bikes, and that going to school, work, or the beach only takes the effort required by pedalling.

Social means that municipal buses reach increasingly more locations and more frequently, and do so at a price that is far from covering their actual cost, with discounts for more and more citizens, many of whom, can use this service for free.

These can all be seen as socially responsible investments, investments that improve the quality of peoples´ life, who are the main focus of any public administration.

Their social dimension is twofold, as in many cases, given that they are productive investments; they contribute to generating economic activity, and above all, jobs. Employment is with no doubt the main social policy that can be driven by public administrations.

I would also add a further aspect: protection of the environment, whose benefits for society as a whole are obvious. By promoting a sustainable way of travelling through the city, not only do we reduce greenhouse gas emissions but we also contribute to the fight against climate change.

Town councils have a great responsibility in this respect, and we have manifested this on many occasions. The Mayors’ Agreement is an example of this. All the signatories intend to exceed the European Union target of a 20 percent reduction in CO2 emissions before 2020. Measures such as the ones that I mentioned before are steps in that direction.

Technological innovation can also play a crucial role in the improvement of urban mobility. Many cities are moving along these working guidelines, and many of them are doing so together, cooperating with each other, through the Spanish Network of Smart Cities (RECI), which already has 65 members. Sharing experiences means that everyone saves money and time.

Within this framework, and within the Mobility group in the RECI, Spanish cities continue to work, among other aspects, to promote the use of electric vehicles and develop apps that enable citizens to plan their journeys using intermodal public transport or provide real-time information for all types of transport in a city. Another area in which special emphasis is being made is the unification of all the travel identification and payment systems in a single card.

Social means that municipal buses reach increasingly more locations more frequently, and do so at a price that is far from covering their actual cost, with discounts for more and more citizens

Millions of citizens can currently access, through their mobile phones, updated traffic information for a specific area of the city and select the most convenient route to reach their destination, thus saving time, fuel, and gas emissions.

The location of the public transport service stops, the lines at each stop, how to reach them, and the time when the next bus will come are data that are made available to citizens. All this contributes to improving urban mobility.

Naturally, every city has its own measures, and in this way contributes to making mobility not only sustainable but also social. They are meant to ensure that citizens are the direct beneficiaries of each and every one of the actions to improve urban travel, seeking to reduce the use of private cars and prioritising alternative means of transport. In this way, society can move on and advance. 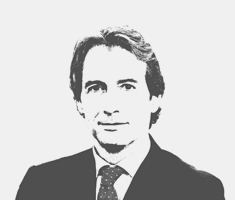 Íñigo de la Serna
Mayor of Santander and President of Red Española de Ciudades Inteligentes (RECI) / Spain
Mayor of Santander since 2007. He was the President of the Spanish Federation of Municipalities and Provinces (FEMP) from July 2012 to September 2015. He is currently the President of Red Española de Ciudades Inteligentes (RECI) and the First Vice President of FEMP. He is the co-chair of the Council of European Municipalities and Regions (CEMR), and a member of the Global Agenda Council of the World Economic Forum and of the Committee of the Regions. He holds a Civil Engineering degree from the University of Cantabria, specialising in Hydraulics, Oceanography, and the Environment. [Spain] @idlserna