Reputation: triggering value in others

It is currently a necessity for companies to ensure that the reputation that they build is relevant to their strategic goals. The goal is to associate their reputation with their development plans, their key stakeholders, and a clear focus on the creation of sustainable value in a globalised and shared world. The nodal point lies in the distinction that all of society grants to an organisation when it attains the compliance and trust indicators required by each of its stakeholders, at different points of its processes.

The goal is to associate their reputation with their development plans, their key stakeholders, and a clear focus on the creation of sustainable value in a globalised and shared world

Reputation with a unique meaning to stand out in the market

By meeting these conditions, an ethical level is attained that gives a unique meaning to reputation. Society values many factors:

a) The leadership of a company and its executives implies that there is a proposition for society to integrate its value creation model. It means that social leadership is assumed and followers are expected to be acquired: future entrepreneurs who find aspirational elements in its story; providers who adopt

the measures required to join its sustainable value chain; users and consumers who become brand ambassadors because they agree with its defence of ethical values.

b) Incubating inclusive social and innovation value in the market.

c) Triggering the creation of value in other communities, not only in the one where financial capital lies.

d) Facilitating shared platforms for the creation of social and human value.

e) Giving visibility to producers and the destination of inputs from cradle to grave.

f) Products and services with a human history that create more equality in the world.

Shareholders who wish to invest their capital in low-risk businesses appreciate that those companies with the best reputation establish virtuous models with greater harmony between the company growth, its contribution to the maturity of society, and ecosystem sustainability.

Thus the organisation is granted a ‘social licence’ to operate, as it is implicitly and explicitly acknowledged that its activities are desirable for society

Corporate reputation emerges, in the long term, from the image that stakeholders have of the organisation, on the basis of the information provided in all the platforms available. Its basis is the Legitimacy Theory, which involves a “social contract” between the company and the community of which it is part. Thus the organisation is granted a “‘social licence” to operate, as it is implicitly and explicitly acknowledged that its activities are desirable for society.

The importance of reputation gives stakeholders the capacity to become shareholders. This transition is crucial: the point is not merely being a user, shareholder, consumer, regulator, or provider, but rather establishing the conditions for each of them to be an “owner” of the company. Thus, the owners are the captains of the organisation’s destiny and will jointly care for its reputation. 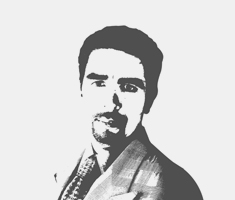 José de Jesús González
Independent consultant on Social Responsibility and Corporate Reputation. Lecturer at Anahuac University since 1993 / Mexico
He is an independent consultant on Social Responsibility and Corporate Reputation and has been a lecturer at Anahuac University since 1993. He has worked as a consultant and provided training in the private, public, and non-profit sectors. He worked as a Communications Expert for the Secretariat of Foreign Affairs (SRE), and served as a representative before the Assembly of the Citizens’ Council for the Mexican National Journalism award. He has received international awards such as the ECO (Communications Strategist) award, and the Gold Quill award, given by the International Association of Business Communicators (IABC). He was the president of the Mexican Association of Organisational Communicators, and is the co-author of ten specialised books in Spanish and one in English. He has been an academic since 1984. [Mexico]