Many intellectuals, entrepreneurs and business representatives have talked about what the “new” digital economy means. At the recent Mobile World Congress held in Barcelona, we heard several talks and presentations, all very interesting, on the Internet of Things, terabyte society and how mobility and super-speed connections will change the world. However, we did not hear much about citizens.

Ever since we began our work in Subtel, we have wanted to put the focus on people, leaving behind the vision of consumers in order to focus on the user; on that minor, or elderly person, who is using our telecommunications services without necessarily having signed a contract as a subscriber.

A few weeks ago, President Michelle Bachelet gave the go-ahead for the Digital Agenda 2020 and signed the decree that establishes the Committee of Ministers for Digital Development. This committee will be the authority that defines the National Policy for Digital Development. In this context, the president gave us a clear mandate: “We want Chile to increase its use of technology in order to reduce inequality, open up more and better opportunities and contribute to the transparency of public affairs. And we want this digital world to not only have an economic effect, but also to revolutionize our political and social realities.”

We know that the commercial, client/company approach does not solve the problem of inequality and technological gaps, and we have a long road ahead before the benefits of the new 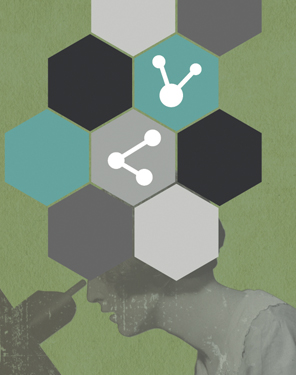 digital economy reach us all. From the perspective of telecommunications, the goals are very ambitious: “We hope that 90 percent of households and 100 percent of public schools will have a broadband connection. We also want 90 percent of towns to have public Wi-Fi areas (wifichilegob), and we hope to take the average Internet access speed to at least 10 megabits per second.”

This year we will reach a new milestone. Chile will be the first country in the region to start the implementation of a network of high-speed mobile Internet services through the 700 MHz bandwidth project, called 4G, with national coverage; alongside the progress of the 2600 MHz bandwidth project, Chile will have a telecommunications service coverage equal to 98 percent of the country’s inhabited territory. It will be one of the highest in the world, with coverage reaching more than 1,800 isolated locations, more than 500 schools and over 850 kilometers of roads. And all of this has been achieved despite harsh weather conditions and the diverse and difficult geographical conditions of our country. There will be telecommunications services from the remote areas of the southern tip of Chile to locations that are 3,000 meters above sea level in the region of Arica and Parinacota.

To connect the entire south of Chile, Subtel is developing the fiber optic austral project (FOA), which will be tendered in the first quarter of 2016. This project will connect Puerto Montt to Puerto Williams via more than 3000 km of fiber optic underwater and land cable, with intermediate connections in Palena, Aysen and Magallanes. This project aims to close the digital divide in an area that represents more than 20 percent of the national territory, given that currently the only option for interconnectedness is through Argentina, involving high costs and poor quality.

We want to invite you to view this digital revolution from a perspective that goes beyond business and technology, observing the inequalities that, as a society and country, we must overcome

We want to invite you to view this digital revolution from a perspective that goes beyond business and technology, observing the inequalities that, as a society and country, we must overcome.

We believe that we are on the right track and that we have an exceptional opportunity to promote and leverage the strategic benefits that the society of information and knowledge represents for Chile. Our main focus is citizens, people –especially those who are part of offline households– so that together, in a public-private partnership, we will create a fairer digital society.