In the immediate future, citizens will only acquire full status as such by digitalizing all areas of their lives, including their professional and work lives

New generations are born with digital technology, a virtual reality that is contradictorily tangible. A technology that empowers them with possibilities that have revolutionized the concept of citizenship. In the immediate future, citizens will only acquire full status as such by digitalizing all areas of their lives, including their professional and work lives. The fact that it is young people who most clearly display these new and already-established digital behaviors is a generational distinction but, above all, a taste of the new world that is hurtling toward us at breakneck speed. Digital illiteracy will be –it almost already is– a scourge of our time that will result in consequences for the digital economy, which is a requirement not only for the service sector but also the industrial sector. The present resolutely advances toward technological digitally-armed plentitude, and anyone –person or entity– that intends to escape this fate will have irretrievably missed the pulse of this historical time. 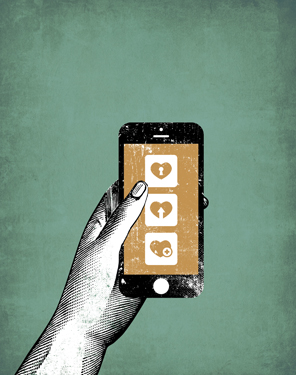 The extent of overall modernization of a country –of its society and its production system– is directly related to its degree of digitalization. We have known this for some time, ever since the modernization of services –especially bank and commerce– began, but now digitalization has become the norm in the industry. This issue was the focus of the World Economic Forum in Davos, held in January, and has been called “the fourth industrial revolution,” after the first, which was the mechanical revolution; the second, which was that of electricity and the third – the information technology revolution, as classified by journalist and political analyst Andrés Ortega (weekly magazine Ahora from Dec. 18–25, 2015).

Two large social communities find themselves challenged by digitalization: the education and business communities. Both are drivers for reshaping and subsequently developing countries that seek to accommodate their futures in terms of comfort and efficiency. In Europe, as has consistently been the case over the last three centuries, the North committed to knowledge, giving it an advantage over the South. A flood of statistics and studies show there are many paradoxes in Spain. One of these paradoxes is the high penetration rate of mobile phones (almost 35 million smartphones) combined with one of the lowest rates of digital banking (only 37 percent of people make Internet transactions, compared with an average of 49 percent in European Union member states and up to 95 percent in some countries, such as Iceland). Although ours is neither a technophobic nor techno-pessimistic society, we are finding it more difficult than others to embrace the digitalization of commerce, which has totally transformed the sector with virtual changing rooms, electronic signs, heat maps, Wi-Fi tracking, 3D mirrors and more. It is also contradictory that large financial Spanish companies –such as BBVA and Santander or clothing companies such as Inditex– are at the cutting edge in terms of digitalizing their services, while Spanish society shows a reluctance to advance in this regard.

Two large social communities find themselves challenged by digitalization: The education and business communities. Both are drivers for reshaping and subsequently developing countries that seek to accommodate their futures in terms of comfort and efficiency

According to the very useful Accenture Global Mobility Study 2015, Spanish digital density is below average for the 17 major economies analyzed. The Spanish business executives interviewed in the study –100 out of 192– considered digital technologies to be important for boosting their business (optimization of operations, rapid response to customer demands and creation of new revenue opportunities) and most said they had made “significant progress.” However, there is still a large gap between the most technologically advanced countries and us. Apparently, according to Accenture’s research, the problem might be that we are less inclined to use technology for businesses analysis compared to other business communities, which have no qualms about doing so. Perhaps, among other reasons, it is because Spanish companies have not incorporated centralized teams responsible for digital strategy, according to a perception study led by Ismael Sancha. 74 percent of Spanish executives interviewed acknowledged that responsibility for digital strategy is scattered among different people and teams, without being organized at a global level in the organization. The generalization of mobile apps also causes reticence and difficulties. There is an urgent need for the Spanish business community to activate these smart devices, to hasten development in the broad field of digitalization.

The solution to the economic crisis is not viable if technological value is not added to services and products and sectors that generate wealth and employment are not diversified. It is not possible to resolve the apparent contradiction between digitalization and ending the scourge of the crisis, especially in unemployment, without an updated understanding of employability in terms of what the vice president of Human Resources at Google said in an interview with The New York Times. According to Laszlo Bock, neither academic qualifications nor entrance exams matter because there is a “disconnect” between the accumulated knowledge of university graduates and the requirements of sophisticated companies such as Google. Bock believes in “behavioral interviewing” in order to identify objective attitudes and pinpoint people who like to “find things out” and have leadership skills. In fact, at Google up to 14 percent of employees in many teams are not university graduates.

It is true that “technological intelligence” is replacing certain jobs, but it is also true that it creates a need for job candidates other than those manufactured at universities and vocational colleges, who are not ideal

In the light of the above, these new conditions of employability challenge us to abandon conventional training models suited to routine professional services that are progressively being replaced. It is true that “technological intelligence” is replacing certain jobs, but it is also true that it creates a need for job candidates different from those manufactured at universities and vocational colleges, who are not ideal. This is surely a general problem, but also specific to traditional educational models disconnected from the requirements of companies, as alluded to by the head of HR at Google. According to TICjob, a specialized career site, Europe will need more than 1 million technology experts in 2020 (The Economist, Feb. 11, 2016). In short, the challenge consists of having digital citizens for a digital economy, which, according to the CEO of Telefonica Cesar Alierta (February 2016), could increase the GDP of Spain by up to 40 percent.