In February 2015, the then prime minister stated that “the administration of the future will be digital or simply will not exist.” ((http://www.europapress.es/nacional/noticia-rajoy-dice-uso-generalizado-administracion-electronica-ahorro-ano-pasado-20000-millones-pais-20150219143317.html)) Although the phrase may seem obvious, it could be interpreted either as an opportunity or a threat. Let us analyze it in detail.

THE ADMINISTRATION OF THE FUTURE

To say we will have to wait for the future to see a digital administration is tantamount to recognizing that the administration today fails to comply with current regulations, at least since the entry into force of Law 11/2007 on citizens’ electronic access to public services.

Law 11/2007 recognizes the right of citizens to interact electronically with public administrations, as well as the obligation of the latter to guarantee that right. At the time of its adoption, it was even said that this was the first new right granted in Spain since the Constitution.

While recognizing substantial advances in the development of the Electronic Administration, the fact is that this right has not come into effect. At a time when almost any citizen has got into the habit of consuming information and services digitally, the experience of electronic procedures is still limited to a few official transactions. Successful experiences go hand-in-hand with a number of well-designed processes but, above all, with cases in which digital channels are obligatory.

Curiously enough, the greatest progress has not occurred in internal procedures. In February 2016, we witnessed the struggle by the Minister of Justice in office to ensure the system of electronic communications in the judiciary, known as Lexnet, was not abandoned. ((http://www.lavanguardia.com/politica/20160308/40300516990/catala-descarta-suspender-el-sistema-electronico-lexnet-porque-funciona.html)) The resistance is formidable.

THE ADMINISTRATION WILL BE DIGITAL

Law 11/2007 will lose effect October of this year, thanks to the entry into force of two new laws: Law 39/2015 on the Common Administrative Procedure of Public Administrations and Law 40/2015 on the Legal Regime of the Public Sector. In addition, approval has been given to the plan for the Digital Transformation of the General Administration of the State and its Public Bodies, which is accompanied by other regional and local plans. It is time, then, to renew our optimism.

There are a couple of good ideas in the new approach:

Linking the electronic medium with ordinary procedures, with routine administrative matters;
Recognizing the challenge is transformation and change, not technology.

I find it interesting that this Digital Transformation Plan should introduce “user orientation” as its first guiding principle, since the change in fact involves redesigning all service processes based on the needs and experiences of users in a state of constant adaptation. 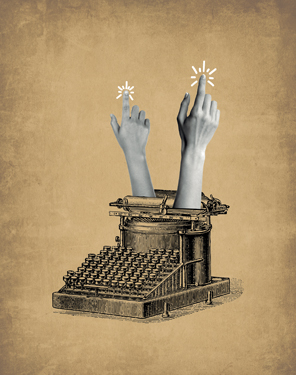 The plan is organized around five strategic objectives, three of which are internal:

Increasing productivity and efficiency in the internal functioning of the administration.

Achieving greater efficiency in the everyday ICT services of the administration.

In my opinion, we have already made some progress with regard to the first two, albeit with many setbacks, which should serve as lessons and warnings. In contrast, the third objective appears to be relatively new.

Indeed, the management of information assets is the big unresolved issue in the ICT governance of the public administration. Until now, it has not been properly understood that data constitute a very valuable raw material for both good decision-making and reuse by society. The first task is to understand what information is generated and for what purposes, as a basis for a data management that is in line with the objectives of the various public policies.

THE ADMINISTRATION WILL SIMPLY NOT EXIST

Along with more internal goals, the Digital Transformation Plan contains two objectives with a greater external scope. This is the most significant:

“To deepen the digital transformation of public administrations, by converting digital into the preferred channel for the relationship between citizens, businesses and the administration, as well as the ideal means for public employees to perform their work, thereby improving the quality of services provided and the transparency of the administration’s internal functioning”.
This would be a meta-objective, encompassing the other four and aligning them with the ultimate purpose: to be the citizenry’s preferred channel, in a context of quality and transparency. How do we imagine a digital transformation that lives up to this objective? Luckily, we have many cases outside the administrative sphere that can serve as an example for us.

Just today I had to book a flight. To do this, I typed into the Google search engine “Flight Bilbao Barcelona.” The search engine itself responded with an interactive space where I was able to select the specific flight, based on the schedules and prices of each company. In just one click I proceeded to purchase the flight. When I had finished, I discovered that the flight and hotel had already appeared on my calendar, because my email and calendar automatically link to one another.

The key is not to have the best electronic headquarters, the most recognized signature certificate or tutorial videos of the process, but rather the most satisfactory user experience

Well, this is what we are asking of the digital administration, in order for it to become our preferred channel. The key is not to have the best electronic headquarters, the most recognized signature certificate or tutorial videos of the process, but rather the most satisfactory user experience. And I fear the case of public transactions is comparable to that of soccer referees: the less noticeable the better.

To achieve this, most of the effort is internal. Administrations have to get used to designing their services in mutual collaboration until they manage to get any administrative office to operate as though it were a branch of a larger entity. The challenge of interoperability is key.

Perhaps, then, the phrase spoken by Rajoy is premonitory: the digital administration will simply not exist. If things are done well, we will enjoy it without needing to be aware of it. 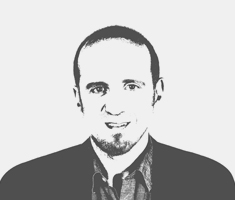 Alberto Ortiz
Founder at Alorza.net and World Bank Senior Specialist / Spain
He is Founder at Alorza.net, a management consultancy platform. As World Bank Senior Specialist in open government, Alberto has managed data projects in Peru, the Dominican Republic, Colombia and Mexico. As director of Citizen Services for the Basque Government, he launched Open Data Euskadi, the first non-Anglo-Saxon open data initiative in the world. He is a conference speaker, teacher and writer. [Spain] @alorza