New economic trends and paradigms in the digital era

IDEASUNO MagazineNew economic trends and paradigms in the digital era

For several years, concepts such as the Information and Knowledge Society have been developing, and it has been suggested that Information and Communications Technology (ICT) plays a key role in the process of transforming our society’s economic and social models. This is why I have raised a number of questions I believe should be at the center of our countries’ political agendas: What country are we aiming to be? On which sectors of the economy should we focus? What roadmap of technologies will enable us to transform these sectors of the economy and prepare ourselves for global competitiveness? Why does a Steve Jobs, Mark Zuckerberg or Bill Gates not rise in the Dominican Republic, Colombia, Argentina, or any other country in Latin America?

These are fundamental questions that our countries should have at the heart of their political and business analyses, because we are living in a global economy of knowledge, in which the countries that develop the most –and that strengthen institutions, achieve sustained economic growth and increase equity and social inclusion– are those that produce young entrepreneurs and technological innovations.

Today, our prosperity decreasingly depends on natural resources and increasingly depends on educational systems, startups and the evolution of the drivers of our economy, alongside megastores and their innovations. We can see how the most successful countries are not necessarily those with the most oil, gold, copper or soybeans, but rather those that have developed their human capital and export services and products to have higher added value.

It is no coincidence that, at the time of writing this, we have already begun a process of radical transformation in which out of nearly 8 billion people in the world, more than 40 percent are active Internet users, the average age on the planet is 25; inflation is recorded in the price of everything except of technology; mobile devices are replacing all the rest; an increasing number of devices (around 80 billion, 10 devices per household, an average of 500 per square km) are connected to the Internet (the “Internet of everything”); money is becoming completely digital, infinitely transferable and unrestricted; everything is connected to everything – the Internet of Things… This directly impacts all industries, the economic drivers of our countries. What are the consequences? Evolve or die. 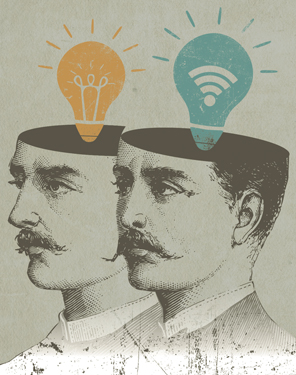 Today, we see how the concept of a shared economy is beginning to shift the paradigm. We see how, through technology, productivity becomes more efficient and the pursuit of zero marginal cost kicks in when producing the next piece costs much less. We see the impact of ICT on agriculture, livestock, industry, democratization of education –through the huge range of courses and online content– and the democratization of health services due to megadata, medical records and bodily devices connected to the Internet, remote diagnostics and treatments…

The evolution of passenger transport and distribution is reflected in the exchange of services through intelligent platforms like Uber, AIRBNB, RESPIRO (vehicle sharing); access through other platforms to loans and financing with zero costs, allowing for risk reduction and lower rates; and logistical efficiency through the elimination of physical sites for sale and exchange, as with Amazon.

We must take into account the use of megadata for identifying patterns of behavior and segments across the economy and the impact of artificial intelligence on different segments. Foxconn, the largest maker of iPhones, announced the implementation of a million robots in the next three years to reduce its workforce by 60 percent.

The disruptive Cloud Computing concept involves replacing high capital investments with reasonable operating costs, which in turn provide companies and governments with equivalent technological capabilities that allow them to compete on equal terms. It is the conversion of computing tools and technological platforms into profits. In the same way we currently pay for electricity or water services, we are having to pay for technical skills as a service to help us achieve efficiency, security, scalability and rapid integration.

This entire technological revolution and the impact of megatrends on our economies are accompanied by great challenges because, although the statistics for many of our countries show great development in access to telecom services, there are certain limitations evidenced by a digital divide with diverse symptoms: limited availability of infrastructure to access broadband telecom services in certain communities, unlike others that have many forms of access; lack of necessary equipment in many households, schools and workplaces for users to be able to make effective use of telecom services; economic barriers faced by those with the least resources that limit payment for basic telecom services; and, perhaps the most sensitive, the lack of necessary education for many to be able to make “meaningful use” of ICT and use it as a vehicle of human development and competitiveness.

Based on the above, given that 3D printers that produce shoes, driverless cars, drones that deliver pizza, Big Data (the gold of the century), supercomputers that prescribe medicines and the famous “Internet of Things” are part of our reality, it is necessary to accept that our countries should provide access to technology to everyone, especially to disadvantaged populations, as a basic and urgent need, and this access must be accompanied by the appropriate education to create real opportunities for inclusion and competitiveness to help bridge the divide, which –more than digital– is social.

I have heard from several successful people, and I agree with them, that the secret of successful companies lies in its people. So if the secret lies in human talent rather than in resources or financial incentives, our countries, in which niches of creativity are flourishing, have an interesting opportunity to be among the leaders of innovation in the world of the future if we foster educated and cultured generations and nurture creative and brilliant minds to build innovative and inclusive societies. 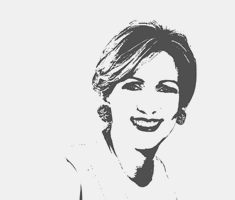 María Waleska
CEO at NAP del Caribe / Dominican Republic
CEO at NAP del Caribe. She was the country’s first Certified Fraud Examiner. María studied law at Pontifical Catholic University Mother and Teacher and holds a master’s degree in International Business from the Pompeu Fabra University. Maria began her career at the Ministry of Industry and Trade. She then went on to work at Headrick, Rizik, Alvarez & Fernandez and Biaggi & Messina and was Legal and International Relations VP of the Presidential Office of Information Technology and Communications. In 2006 she joined Terremark Worldwide. She worked as commercial vice president for NAP del Caribe before taking on her current role. She is the co-founder and chairwoman of AMCHAM’s Information Technology Committee. [Dominican Republic]