Preparing for the revolution

It seems intrinsic to human nature to suspiciously observe that which is new, alien, and escapes our understanding. We almost systematically reject what we consider to be impossible when we are unable to control the transformation processes involved, and this –sometimes– means trying to stop the development of a trend that, sooner or later, will occur.

It is difficult to predict with accuracy and in detail the ways in which we will have to structure ourselves as a society in 15 years, which parameters will prevail, how productive models will change or even what skills we will have to acquire as individuals in order to be equipped for the future. What is clear and easily guessable is that technology will play a key role in this change and we, as a society, will have to decide how we want to live with it and how we want to adapt to the emerging changes.

A key point in this transformative process and one that must be given special attention is education and the acquisition of knowledge and skills. We must retrain ourselves in what we know and learn what we do not know without fear of experimentation, even though we might fail in our attempts. In our culture, we mistakenly continue to stigmatize what goes wrong, although failure is one of the best ways to learn how to improve and be more competent. The two key pillars of progress are developing what already exists and offering better alternatives.

In our culture we mistakenly continue to stigmatize what goes wrong, although failure is one of the best ways to learn how to improve and be more competent. The two key pillars of progress are developing what already exists and offering better alternatives

The Skills Manifesto ((http://eskills4jobs.ec.europa.eu/c/document_library/get_file?uuid=b69ba1d7-6db4-415d-82e4-ac4d700a38b8&groupId=2293353)) report, sponsored by the European Union, recognizes that the demand for workers with good digital skills has doubled since 1995. Today, one out of five workers need advanced IT skills and 90 percent need to know the basics. The Manifesto also revealed the striking fact that by 2020, about 1 million jobs will be left unfilled due to a lack of candidates with the necessary digital skills.

If we look also to professions expected to be most in demand in the coming years, we find some interesting facts, such as that according to the Observatory for Employment in the Digital Era, eight out of ten young people between 20 and 30 years old will find digital-related jobs in posts that do not yet exist. Some of the most sought-after professions are smart factory engineers, experts in digital innovation, experts in big data, smart city architects and experts and directors of digital content.

In addition, according to AMETIC, an IT company association, between 2013 and 2017, the number of ICT jobs should increase by 300,000, with the appropriate support policies. It is expected there will be a need for up to 50,000 programmers and developers, between 60,000 and 70,000 marketing and communication jobs and up to 45,000 jobs related to visual design and digital creativity. 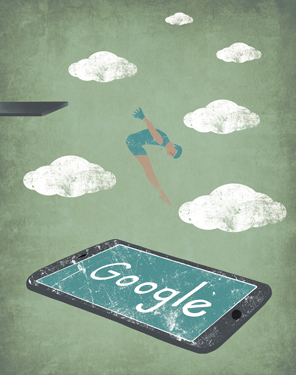 Faced with these figures, which are likely to continue rising each year, we must ask ourselves if, as a society, we are moving toward an educational system that is responding to the challenges that will arise in the future or, on the contrary, if we remain anchored to a model that only responds to the past and present. At Google, given the high youth unemployment and having analyzed the lack of digital knowledge, we decided to launch Activate, a project that aims to offer training, through online and classroom courses, in skills such as digital marketing, cloud computing, app development, etc. In two years, 400,000 people have registered, and more than 100,000 have been certified.

But education is not only evolving from the point of view of future professions, but also thanks to connectivity and as a consequence of interconnectivity. There is a continual rise in the millions of us who have Internet access; right now the figure amounts to more than 3 billion, but there are another 4 billion who have still have no Internet access.

Connectivity is an undeniable challenge, which many of us tech companies are working on. In the case of Google, for example, Project Loon (an initiative based on a network of balloons traveling on the edge of space that, by partnering with telecommunications companies to share the cellular spectrum, has enabled people to connect to the balloon network directly from their phones and other devices) aims to connect people living in remote or rural areas, to fill coverage gaps and even give people the ability to get back online after disasters.

But the fact that people are not only connected but also interconnected opens up a huge world of possibilities to us. Access to knowledge, information and resources almost instantly allows users to discover, make better decisions, share and create, a development that applies not only to the interconnections between individuals, but also to other situations, such as the connectivity of things. Who could have imagined that in this year alone, according to Gartner’s predictions, it is expected that we will see 6,400 million connected devices (30 percent more than last year) and that the Internet of Things will move more than 1 billion euros in 2019?

And directly linked to this phenomenon, we must not forget the use of mobile phones, today a firm centerpiece in users’ lives that, logically, is gradually being incorporated into companies’ strategies. According to a report by Ditrendia on mobile in Spain and the world, in less than four years, e-commerce will represent almost 50 percent of electronic purchases globally; in 10 years 42 percent of retail stores’ sales will be made from mobile devices, and by 2020 smartphones will account for 80 percent of the mobile banking market.

However, although these trends are unstoppable and present great opportunities, we still have some obstacles to overcome, one of which is regulation of and adaptation to the new digital environment. In the European Union alone, there are 28 different regulations that businesses must deal with if they want to reach a potential market of 500 million users. The Digital Single Market could contribute 415 billion euros to the economy, strengthening employment, opening doors for greater competitiveness, investment and innovation, as well as offering more choices to users and providing the opportunity for greater or exponential growth to small and medium-sized enterprises, along with startups.

It is worth asking, therefore, what the steps that we as a society have to take in order to make the most of all the opportunities technology offers us. This is a revolution whose increasingly dizzying pace will not slow, so we must ask ourselves, will we join in? And if so, will we begin to prepare ourselves to become a more advanced and competitive society for a future that will not wait for us? I hope the answer is, “Yes”. 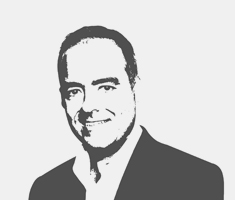 Javier Rodríguez
Managing Director for Spain and Portugal at Google / Spain
He is Managing Director for Spain and Portugal at Google. Javier’s Internet-related professional career began when he joined Yahoo!, becoming the European vice president of Business in 2008 while maintaining his duties as CEO of Yahoo! Spain. With a degree in Economics and Business Administration from ETEA, Javier began his professional career in the world of auditing, working in this field until 1991, at which point his career took a different direction into the world of multinationals. He worked at Procter&Gamble for seven years in the Sales and Marketing department and later served as director of National Accounts at Johnson Wax, but the Internet and New Technologies were to become his great areas of expertise. [Spain]