Are investments in Cuba guaranteed?

Cuba and Spain’s cultural proximity, as well as our country’s appreciation of everything associated with Cuba, contrasts sharply with the lack of knowledge about Cuba’s current socioeconomic situation and the measures it has taken to open itself up to a market economy. Regardless of changes in the structure or organization of the state, the transition to a market economy requires, above all, the promotion of foreign investment, which is the only way to capture the necessary capital to facilitate an urgent change in the country’s productive sectors and infrastructure. To that end, it is necessary to have guarantees for the execution and amortization of investments, as well as for repatriation of profits. Such guarantees have been strengthened since the enactment of the Law of the Republic of Cuba No. 118 on Foreign Investment.

Investments enjoy full protection and legal certainty and cannot be expropriated, except for reasons of public utility or social interest

This law establishes a legal framework for foreign investment in the country, guaranteeing that the benefits granted to foreign investors and their investments will be maintained throughout the entire period for which they were awarded. That is to say, investments enjoy full protection and legal certainty and cannot be expropriated, except for reasons of public utility or social interest, in which case the foreign investor would be adequately compensated. Furthermore, the expropriation process must respect other legal guarantees, such as the prior declaration of the Council of Ministers, the Constitution and international treaties, as well as current legislation. This compensation is also guaranteed by the agreement between the Kingdom of Spain and the Republic of Cuba on the promotion and reciprocal protection of investments, which requires compensation payments be made in convertible and freely transferable currency. In the event of a conflict, such compensation will be determined by an international arbitrator. 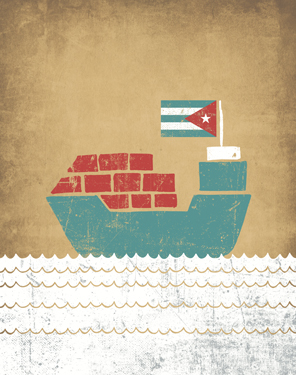 One of the most important guarantees for foreign investors is the ability to freely transfer convertible currency abroad, without incurring taxes or other charges related to the transfer of dividends or returns obtained from the investment, from the assignment of rights, or from compensations received due to its expropriation or the denial of an extension. This right is also guaranteed to foreign legal individuals who offer their services to an investor.

One of the most frequent questions asked by businesspeople is whether it is necessary to channel investments through public Cuban companies, to which the answer is no; direct investments can also be channeled through a completely foreign capital company. This way, foreign capital companies may coexist with mixed companies and so-called international economic association contracts.

One of the most important guarantees for foreign investors is the ability to freely transfer convertible currency abroad, without incurring taxes or other charges

In order to guarantee efficient execution for the investment, the right to directly export and import what is necessary to comply with the objectives of the investment has also been established, though it is considered preferable to acquire needed goods or services in the national market should they be available at the same quality, price and delivery times as those of the international market. This efficiency is also guaranteed by the governing bodies for mixed companies, foreign capital companies and the parties in international economic association contracts who decide which high-ranking executive and/or technical positions will be performed by nonpermanent residents in the country and, in those cases, can decide on the applicable work regime.

Alongside these guarantees, plentiful benefits, mainly fiscal, are granted to foreign investors, as is the possibility of establishing areas of investment priority, such as the Mariel Special Development Zone, with a modern port for ships with a draft of up to 17 meters and the most modern technology. These are worthy of special attention on another occasion. 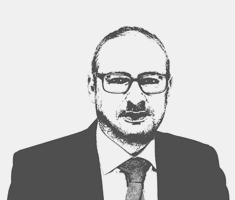 Felipe Palau
Partner at Law Firm Integral Legal Management
Felipe has been a partner with the Integral Legal Management law firm since its establishment and is also a professor of commercial law at the Universidad de Valencia. Though he is familiar with other aspects of commercial law, such as company law, he has focused his research mainly on issues related to competition and industrial property law, as well as agency and contract distribution and arrearage. Felipe has written several pieces and articles for Spanish and foreign journals. He also provides legal advice on commercial matters. [Spain]