In the 1990s’, Cuba focused on developing its tourism sector. Despite its incredible natural beauty, its culture and its unique idiosyncrasies, this wonderful island, known as the “the pearl of the Caribbean,” was seen as risky for investors—especially after the 1996 enactment of the so-called “Helms-Burton” Law, which, in practice, forced international companies to choose to do business with either Cuba or the United States.

However, Cuban authorities clearly foresaw the tourism potential in their beautiful country and had the strategic clout to seek the best possible partner for the development of a high-quality hotel industry whose standards could be internationally competitive. In this situation, Gabriel Escarrer Juliá, founder and president of Meliá, true to his visionary spirit, offered his know-how and began a nearly three-decade successful and productive collaboration.

U.S. companies are already positioning themselves in Cuba for this moment, and this will especially affect the big U.S. hotel chains

At the time, the Meliá Group had existed for 40 years, and had a well-established, market-leading position in Spain as a result of its unstoppable expansion along the coast and through the islands, as well as the acquisition of hotel chains Hotasa and Meliá during the 80s’. This family chain of Majorcan origin also offered a “plus” in terms of its values and service culture, which was highly valued by the Cubans. The philosophy of Gabriel Escarrer, for whom tourism possesses an incomparable capacity to connect people and contribute to greater prosperity and social well-being, fit well with the expectations generated in Cuba, setting in motion a period of tourist development and resulting in a shared success story that, to date, has been uninterrupted. 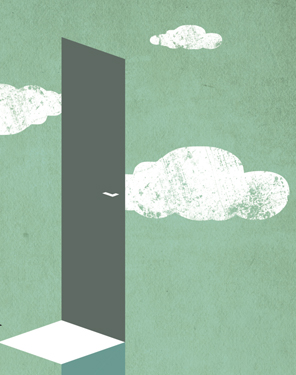 Commitment, loyal collaboration, transparency and legal certainty are key indicators when it comes to explaining Meliá’s background in Cuba, and those same factors make the link between our company and this Caribbean country unbreakable, especially in light of the country’s new stage since Presidents Castro and Obama announced the restoration of diplomatic relations between Cuba and the United States at the end of 2014.

According to USTOA (United States Tour Operators Association), between one and 2 million U.S. citizens will travel to Cuba annually over the next 10 years, once the existing embargo is lifted. U.S. companies are already positioning themselves in Cuba for this moment, and this will especially affect the big U.S. hotel chains that, in some cases, had to leave the country in the early 60s’. Recently, OFAC (Office of Foreign Assets Control of the U.S. Treasury Department) granted special authorization to two large U.S. chains -Marriott and Starwood, which are currently in the process of merging- to open the first U.S. hotels in Havana, also authorizing a significant increase in direct flights from the United States beginning at the end of the year.

Spanish companies have historically maintained close relationships with Cuba, a special tie that, in the words of the Cuban Tourism Minister Manuel Marrero, will be sustained regardless of the unstoppable process of the country’s progressive globalization, especially with those companies that supported their country from the beginning, regardless of its political circumstances. In this regard, we are certain international competition will not pose a threat to the Spanish tourism industry in Cuba, but will rather serve as an incentive to raise our excellence and standards even higher.
The restoration of diplomatic relations between Cuba and the United States represents one of the most exciting challenges of their extraordinary history, and is a unique “case study” in modern history. The key will be to manage it responsibly, without losing an essential value: the cultural specificity and philosophy of life characteristic of Cubans.

Cuba will be able to take advantage of the major opportunities this process will undoubtedly provide without forgetting the principles that shaped the sustainable development of its tourism industry, nor, of course, its colorful character and unique idiosyncrasies

I am sure Cuba will be able to take advantage of the major opportunities this process will undoubtedly provide without forgetting the principles that shaped the sustainable development of its tourism industry, nor, of course, its colorful character and unique idiosyncrasies.

As Minister Marrero recalled, “Foreign companies will no doubt be welcome, but they will have to dance to the beat of Cuban music.”

In the first decades of the 21st century, Cuba will once again become a desirable place for investors and tourism companies around the world, this time in an international environment favorable to overcoming old barriers, based on more than 30 years of authenticity, experience and uncontested leadership in tourism. 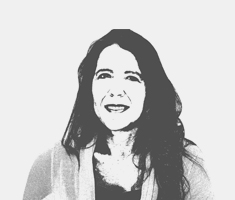 María Umbert
Director of Corporate Communications of Meliá Hotels International
María holds a degree in journalism with a specialization in economic reporting and is a member of the superior body of civil administrators of the state. She has worked for a variety of economic media outlets, such as La Economía16 and Cinco Días, and did freelance work for various publications until she joined the public administration in 1994. After serving as secretary-general of INSALUD in the Balearic Islands, María returned to the world of communications, working as CEO of the regional TV station of the Balearic Islands, which she coordinated and directed until 2007. Since 2007 María has been director of Corporate Communications at Meliá Hotels International, where she leads the group’s internal and external communications. [Spain] @Umberta65