Cuba and Spain look to the future and strengthen ties

IDEASUNO MagazineCuba and Spain look to the future and strengthen ties

The reforms President Raúl Castro is driving in Cuba are attracting great international interest including, without a doubt, Spain’s. This is due to our shared history and traditions, the depth of our current relations and Spain’s desire to strengthen this relationship going forward. Some of these reforms are well-known and are making good progress, while others are still under discussion or being questioned.

The process of diplomatic normalization strengthens ties, involving successive milestones with important symbolic and practical repercussions. The negotiation of an agreement promoting political dialogue and cooperation between Cuba and the European Union concluded successfully –its text was signed in Havana before EU High Representative Federica Mogherini– and is being worked on so that it can be provisionally enforced soon. The restoration of diplomatic relations with the United States, involving the respective opening of embassies and President Obama’s recent visit to the island, received the maximum amount of media attention and allowed various sectoral negotiating tables to be opened, as well as a constant flow of high-level bilateral visits. The conclusion of negotiations on medium- and long-term debt with Cuban creditors at the Paris Club created a new and very positive outlook in the financial and credit sphere. International high-level visits to Havana have multiplied in the last year and a half—there were six at the ministerial level from Spain, which included Minister García-Margallo and our entire economic cabinet on two occasions.

The reforms that President Raul Castro is driving in Cuba are attracting great international interest including, without a doubt, Spain’s. This is due to our shared history and traditions, the depth of our current relations and Spain’s desire to strengthen this relationship going forward

The economic reforms focus on building a “prosperous and sustainable socialism” whose final definition will be outlined in a document that conceptualizes the model, whose first version was approved at the Seventh Congress of the Communist Party of Cuba and is now being discussed in diverse popular power forums. We do know, based on new guidelines, that the process will strengthen state-owned companies, increase opportunities for self-employment and small and medium enterprise, provide a greater role for foreign investment (according to the provisions in law 313/2013 of Mariel’s Special Development Zone and law 118/2014 on foreign investment) and promote monetary unification, though it still does not have a date or final format.

We believe that, as Cuba’s third largest trade partner and its first investor in the tourism industry, with a large network of companies of all sizes that have been present in Cuba for decades, we must make a special effort to revitalize its economy

As for political reforms, only vague public statements have been made. They are subject to a replacement at the Presidency of the Council of State and the Council of Ministers following President Castro’s resignation after two terms in office February 2018, and to the announced, rather than explicit, reforms for the Constitution, electoral and association’s law and composition of the National Assembly of People’s Power. 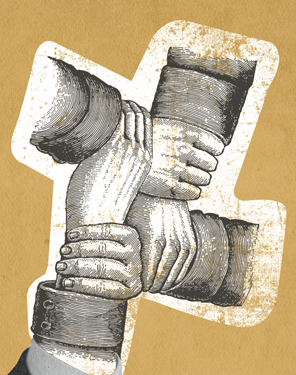 Spain has worked hard in recent years to expand its presence in the country and collaborate on reforms that aim to build a better Cuba. We have done this through all possible means: institutional visits, development cooperation programs, the strengthening of cultural ties, business support and opening credit lines, social assistance to the Spanish-Cuban population and continued support for the dialogue between Cuba and the European Union, among others. There is an ongoing citizenship application analysis for Cubans of Spanish origin, with 140,000 having been granted already—a number that will double by the end of the process. There is also a large group of Cubans living in Spain, which generates both fraternal ties and consular cooperation responsibilities between both countries.

We believe that, as Cuba’s third-largest trade partner and its first investor in the tourism industry, with a large network of companies of all sizes that have been present in Cuba for decades, we must make a special effort to revitalize its economy. This would help both countries to successfully negotiate, in the short-, medium- and long-terms, the bilateral debt amounting to 2.4 billion euros, of which 1.88 billion was written off- two counterpart funds will receive 415 million euros, which will provide financing for joint interest projects- and the rest restructured with the goal of stimulating growth and productivity.

We eagerly await the outcome of this course of events, attentively reading President Castro’s July 8 speech before the National Assembly, in which he explained how the Cuban economy is temporarily and circumstantially facing difficulties due to declining revenue from exports, falling prices of international items and the changes in relations with Venezuela and other countries, while simultaneously insisting on complying with international debt payment commitments and on resolving delays in some current payments to suppliers. We maintain at all times an earnest willingness to negotiate and explore new, mutually beneficial avenues of friendship and cooperation between our countries. 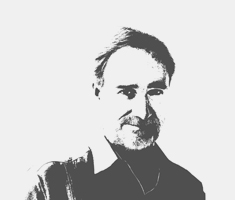 Juan Francisco Montalbán
Ambassador of Spain to Cuba
Ambassador of Spain to Cuba. Born in 1958, Juan graduated in Law and Political Science from the Universidad Complutense in Madrid. He also holds a master’s degree in International Relations from the London School of Economics and a Ph.D. in Political Science from the Universidad Nacional de Educación a Distancia (UNED), with a doctoral thesis on the democratic transition in Mexico. He entered into diplomatic service in 1985 and has since held diplomatic posts in Mozambique, Nicaragua, Mexico and at the OECD in Paris. He directed the Office of Planning and Evaluation of Spanish Cooperation and was the chief executive of cooperation with Latin America. He has served as ambassador of Spain to El Salvador and Bolivia, and has been Spain’s ambassador to Cuba since June 2012. [Spain]