Cuba and the Dominican Republic, a development hub in the Caribbean

IDEASUNO MagazineCuba and the Dominican Republic, a development hub in the Caribbean

Cuba and the Dominican Republic are the most important independent economies in the Caribbean. What’s more, they are Hispanic countries, making our relations even tighter. Therefore, despite the economic embargo that has affected Cuba, there has always been respect and cooperation between these countries, as well as limited commercial trade.

The Dominican Republic exported industrial products, such as processed foods for humans and animals, beers, fertilizers, cosmetics, plastics, wheat, cleaning chemicals, garments and more, while exports from Cuba have mainly been of ferrous raw materials.

The amount of exports has been limited due to the trade embargo imposed by the government of the United States—about $52 million in 2015, taking into account that during that year, 26 companies exported products for over $200,000. More important still is that, of that total, 20 companies exported industrial products, giving the Dominican Republic a trade surplus and an opportunity for rapid growth within the new political and economic framework.

With the United States’ decision to change its policy toward its neighboring country, the possibilities for economic collaboration and expanding the export market, with an eye to ensuring opportunities of interest and investment, and the normalization of commercial relations mean that unique opportunities are foreseen for both countries.

At the Association of Industries of the Dominican Republic (AIRD), we have watched the influx of travelers begin to arrive in Havana immediately after the reestablishment of commercial flights and the lifting of the restrictions that have weighed upon Cuba since the 1960s’, and we have noted the new requirements that come with serving these visitors to the standard those who travel for pleasure are accustomed to.

At the AIRD, we believe and have communicated to our associate members that Cuba presents a unique and immediate market of opportunity for the Dominican Republic in the construction, food, clothing and pharmaceutical industries as a first step.

With the United States’ decision to change its policy toward its neighboring country, the possibilities for economic collaboration and expanding the export market, with an eye to ensuring opportunities of interest and investment, and the normalization of commercial relations mean that unique opportunities are foreseen for both countries

Secondly, the conditions for investing in Cuba have improved thanks to the new Law for Foreign Direct Investment (Law No. 118), which expands non-state management methods in production and services, supporting the development of an internal wholesale market that seeks to meet the needs of the non-state sector of the economy and create non-agricultural and livestock cooperatives and mini businesses. These are just some of the elements that make up the second stage.

Data show us that, at a trade level, Cuba represents 0.6 % of our exports and is only our 18th largest export destination, despite its proximity. Cuba, after the U.S. and Haiti, could become our third trade border. At the AIRD, we believe we should forge a policy that will contribute to making Cuba a powerful economic hub in the hemisphere, allowing Cuba to recover and develop the economic significance it deserves.

A DEVELOPMENT HUB IN THE CARIBBEAN

Cuba and the Dominican Republic are capable of heading up a powerful economic and social development hub in the Caribbean. Therefore, education centers in both nations have already reached cooperative business agreements, with the aim of providing Cubans with the necessary modern tools. 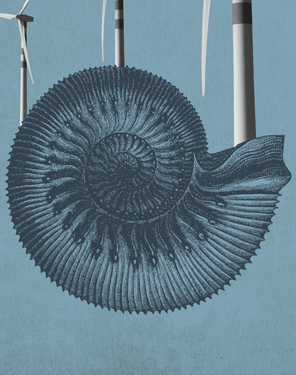 Due to the proximity of the islands and inherent cultural differences, both nations can benefit equally from tourists coming from around the globe to enjoy the beauty of the Caribbean from two combined destinations. The first to benefit from this policy will be American citizens, many of them of Cuban origin, who have seen the barriers that previously prevented them from traveling to Cuba be removed.

The increase in the number of visitors to Cuba demands an increasingly high number of fresh agricultural products to both satisfy the needs of travelers and increased demand from its own population, who has more purchasing power—which presents an opportunity for Dominican exports.

From the point of view of commerce regarding tradable goods, it must be noted that the Dominican Republic has been open to free trade with more than 40 countries, while Cuba focuses solely on European countries, such as Spain, Holland and Great Britain, and other countries, including Canada, China and Venezuela. In fact, the Dominican Republic has one of the most open economies in the world. A close relationship between both nations could give Cuban products access to new markets and strengthen the Dominican Republic’s presence in Central America and the Caribbean islands immediately, while helping Cuba normalize its commercial relationship with the world.

Cuba and the Dominican Republic are also potential destinations for foreign direct investment (FDI), as both are countries in which legal certainty for foreign capital has been strengthened. The construction of the Mariel Industrial Park and Mariel Port Terminal presents an opportunity for Cuba to establish free-trade industrial zones. The Dominican Republic was a pioneer in this area, providing experience and technology useful for both nations and their populations.

The Dominican industrial sector, led by the AIRD, has taken a proactive stance in order to ensure these opportunities materialize, for the benefit of both the Cuban and Dominican economies. Recently, we visited Havana with a significant delegation from the industrial sector, and Cuba immediately sent a large delegation in return. As a result of these exchanges, important business has been conducted. At the AIRD, we regard Cuba and the Dominican Republic as the key, together, to a powerful social and economic hub in the Caribbean that would be beneficial for both nations and for the region. We will continue our efforts to identify the new windows of opportunity opening each day. 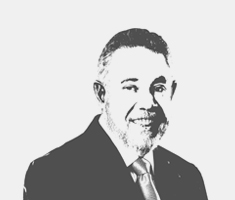