Cuba at a Crossroads

After 56 years, Barack Obama and Raúl Castro announced a historic shift in the bilateral relationship between the United States and Cuba. However, whether this emblematic opportunity will be harnessed is still in question, as is the sincerity of Cuba’s intentions to generate structural changes, given that it is a country that has historically been closed off from the rest of the world. The economic embargo is an issue that remains unresolved. There are also a new series of challenges that the island should take into account if the government wants to make the leap.

Human capital is invaluable in areas such as culture, art, heritage conservation, scientific development and business hubs, which have taken on a strategic nature

On the economic front, although there is the possibility of migrating to a capitalist model such as the Chinese one, there is also the alternative of remaining in the status quo or adopting an intermediate position. Economic freedom is an oxygen valve for the Cuban government, and it could work as long as they release workers from their chains. Any investor must still pass through the government’s filter, however, and that level of intervention could influence the smooth operation of the labor market.

On the political level, it has been clear so far: There are no signs of change nor openness to civil or political liberties, and restoring democracy and human rights will remain nothing more than a dream. I am convinced that a transitory mechanism to give guarantees to those who have been living in the shadow of the dictatorship should be pursued, one that may provide incentives to leave power and, above all, restore human and civil rights.

In terms of resources that could aid in Cuba’s takeoff, human capital is invaluable in areas such as culture, art, heritage conservation, scientific development and business hubs, which have taken on a strategic nature.

Today, education, innovation and technology on the island are not in good standing, and teachers have little access to research and development; poor internet access and restrictions for leaving Cuba, among other issues, means they have limited access to the world of knowledge.

It is difficult to be certain about what the political and economic situation will be by the end of Castro’s government, but it is possible to imagine two scenarios: The first is based on a climactic moment that would lead to an accelerated transition into a fully democratic regime, while the second, more likely scenario, is one in which political power remains under the authoritarian control of those who govern the island today.

Transition processes are complicated because they involve any difficult decisions. The economic issue is key to achieving a fundamental change

Looking at the situation in the United States, we see that they are going through a very uncertain time due to the change of government. A future with Donald Trump at the helm could take all the developments with Cuba back to square one. The U.S. agenda for the island is not that clear, and it seems a unilateral agreement with very few requirements is emerging (especially concerning human rights), which is why a substantial change in foreign policy has not taken place yet.
Transition processes are complicated because they involve many difficult decisions. The economic issue is key to achieving a fundamental change, and Cuba could make a relatively quick jump if efficient models for foreign capital and Cuban non-state (human and capital) resources are generated. Tourism, culture, education and research are essential factors in order for Cuba to be able to begin its path toward modernization. However, countries cannot achieve substantial change while human rights and individual freedom remain unresolved issues. 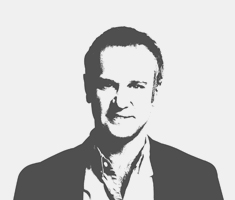 Felipe Kast
Congress Member from Chile
He is an economist from the Pontificia Universidad Católica, with a master’s degree in Economics. He is currently the representative of District 22 for Santiago Center and a member of the congressional committees on human rights, indigenous peoples and education. President of the independent right-wing Evolución Política (Evópoli) party, Felipe actively participated in former President Sebastian Piñera’s government, first as Planning Minister and then as a presidential delegate for the emergency shelters and tented settlements occupied by the victims of the February 2010 earthquake in Chile. [Chile] @felipekast