Cuba: From Fidel to Chanel

Let the reader make no mistake: I try to cultivate objectivity in my writing, and the current title simply tries to reflect and summarize the complexity of a process that will hardly be devoid of subjectivities and will never be judged with impartiality. As all serious revolutionary processes, it has involved countless lives and many deaths.

All recent events in Cuba (just over half a century) are a profusion of tropical passions, or better still, Caribbean passions, mounted on a substrate of Spanish spirit combined with African voluptuousness.

Let’s look at this is in three periods.

In the introduction, which includes a short autobiography, of his greatest literary work, The strategic victory, Fidel Castro wrote, “In the 1940s’, anti-communism and the induction of mechanical thinking and mind control through mass media had emerged with force. The basis had been created for the military and political domination of the world. Very little of the revolutionary spirit of the 30s’ was left in our higher education centers.”

“Changes, everything changes,” and it changes increasingly quickly as time goes by.

In the third chapter of his book, Castro stated, “There are things that neither despots nor their subordinates can understand. It is not the same to fight for a wage, rent out a person to a miserable tyrant or load a rifle for payment as a vile mercenary, as it is to be a soldier for a patriotic ideal.” And it continues, “The man of ideals does not care about life because he cares about the ideal: he does not receive a salary, but gladly bears all the sacrifices entailed by a cause he has selflessly embraced… The ideal is a superior way of life in which an individual death does not count.”

The guerrillas that came before or after them, for example in Colombia, ended up becoming guardians of drug trafficking, and, despite the authenticity of Camilo Torres and others, the legend ended there

That man of ideals (of those ideals) is an endangered species. The last heroic guerrillas were Cuban. The guerrillas that came before or after them, for example in Colombia, ended up becoming guardians of drug trafficking, and, despite the authenticity of Camilo Torres and others, the legend ended there. Although the myth of Che Guevara persists throughout the generations of the past century, he has been trivialized because, rather than being based on ideological foundations, he has been turned into a commercial product.

The special period
(The end of the Soviet Union’s support)

The so-called “special period” was hard, very hard for Cubans. Everything was in short supply. “Believers” lived off their mystique, sustained by their sense of dignity alone. The leader’s resentment of Americans came from afar and had been successfully planted, thanks in part to Martí’s influence, in the hearts of Cubans.

While Miami is overflowing with nostalgia, Obama recognizes the futility of the embargo and the opportunity being open toward Cuba offers him, papal blessing included. What seemed impossible is happening

In a letter to Celia, written after the bombing of farmer Mario Sariol’s home with rockets bearing the inscription “Made in the USA,” Castro wrote, “Upon seeing the rockets they shot at Mario’s house, I swore to myself that the (North) Americans would pay dearly for what they were doing. When this war is over, a much longer and bigger war will begin for me: the war I will wage against them. I realize this is going to be my true destiny.”

A stubborn Galician, Fidel began his long war, but the old empire upon which he relied suddenly collapsed, and he had to continue tilting at windmills alone. 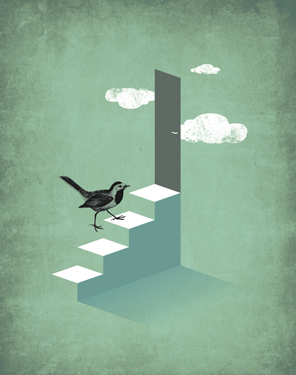 His people, like a good Sancho, mostly accompanied him, responding to every problem with “it can be resolved” and seeking a “socio-listo” (“intelligent ally,” wordplay in Spanish around the word for socialist) amongst Socialists. “The effort was not sufficient. Nor could Venezuela maintain its role as the revolution’s generous brother, and then Raúl came along… and put an end to it.”

Despite the enormous suffering caused, the embargo imposed by the United States never broke the will of the Cubans in charge of the regime—at least not in their anti-imperialist rhetoric.

So, while Miami is overflowing with nostalgia, Obama acknowledges the futility of the embargo and the opportunity which being open toward Cuba offers him, papal blessing included. What seemed impossible is happening.

Then Karl Lagerfeld, creative director of Chanel, made an appearance in Havana, a city of newly-gained media interest, “because Cuba has great cultural richness and is opening up to the world, making it a source of inspiration.” Karl made the island the first Latin American destination for his prestigious fashion house, contributing to the country’s economic revitalization, turning it into a showcase for one of the greatest contemporary manifestations of luxury but also of cultural sophistication, one to which Havana has never been immune: fashion.

Nor, for similar reasons, should it come as a surprise that Havana’s ports will soon be populated by cruise ships bearing flags from all over the world, with musicians from every continent arriving at its docks. Cuba has always been and will remain one of the world capitals of musical creation. Not to mention one of the favorite destinations for Spaniards, who have always had a presence there. 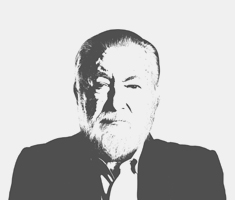