Cuba, standing between the past and the future

When Barack Obama’s presidential plane landed at the Havana airport March 21, 2016, Cuba did not throw a party. The last visit by an American president to the island dated back to John Calvin Coolidge in 1928, 88 years earlier. Cuban authorities were aware Obama was making history, as Nixon did with his openness to China or Reagan with the fall of the Berlin Wall, but the Castro regime maintained its political identity while opening the door –more out of necessity than virtue– to the United States, whose president craved a decisive milestone to mark his name in his country’s foreign policy books. Thus, Raul Castro and his government issued stringent instructions: Obama would be coldly received, with no popular support shown to him and no mass gatherings. And there were none, though the media was able to capture a majority sentiment of approval and relief regarding the U.S. president’s new policy. Obama was thus able to add –in addition to the Paris Conference on Climate Change and the signing of the Free Trade Agreement with Asia and the Nuclear Agreement with Iran– the reopening of diplomatic relations with Cuba to his list of international successes. The reopening entailed, among other things, the removal of the Caribbean country from the ominous list of states sponsoring terrorism.

Cuban authorities were aware Obama was making history, as Nixon did with his openness to China or Reagan with the fall of the Berlin Wall

A few days earlier, the European Union took the first step toward promoting Western acceptance of the Castro regime. March 11, Brussels lifted the veto on political dialogue with Cuba and restored diplomatic relations. Thus, the so-called “common position” –supported by the Spanish government– that deferred a new and open relationship with the island until it was irrefutably proven that its government was democratizing the regime and respecting human rights, came to an end. Furthermore, the “common position” tried –and, for almost two decades, succeeded– to prevent the United States from establishing a policy with Cuba independent from that of the European Union. The European Union had strong economic reasons, as well as pressure from the United States, to put an end to the “common position”: it was the first foreign investor in the island, the second largest trade partner after Venezuela and accounted for one-third of the tourists who visit the country. Europe’s good neighborly measures toward Raúl Castro affected Obama as well, allowing his visit to the country to take place in a general climate of detente despite the U.S.’s embargo on the island since 1960 –which is expected to be re-examined– and the absence of any direct transportation of passengers and goods between the island and mainland, an issue that has already been handled positively by both the U.S. and Cuban governments.
Despite the arrogance of Cuban authorities, who have maintained the essence of the Castro regime against all odds, the certainty of economic collapse and the resulting possibility of a social revolt eroded their resolve. Cuba is not a member of the International Monetary Fund, the World Bank or the Inter-American Development Bank, and is in many ways as isolated as the People’s Republic of Korea was. Their situation was –and still is– one of an international political stranglehold, especially after recent events in other Latin American countries, in which the slow fall of sympathetic parties in power –as is occurring in Venezuela and Argentina, for example– undercuts support for Raúl Castro and the regime established by his brother Fidel, who remained completely on the margin of these historical events, remaining only a reference to the revolution he led and established on the island.

The European Union had strong economic reasons, as well as pressure from the United States, to put an end to the “common position”—it was the first foreign investor in the island, was the second largest trade partner after Venezuela and accounted for one-third of the tourists who visit the country

Because of these measures, Cuba has positioned itself between a partially-overcome past and an uncertain future. In other words, Cuba’s trajectory has been disrupted, and the country now finds itself in an unstable and provisional present that will not begin to be resolved until the Communist Party of Cuba Congress takes place in 2018. It is expected that Raúl Castro will formally retire from politics and Miguel Diaz-Canel Bermudez, currently the first vice president of the country, will be inaugurated as the new leader by then. Politically, both the United States and the European Union have opted for what is called “the biological solution,” which consists of not forcing structural political changes –in a democratic sense– until the Castro brothers are defeated by their age and replaced by a new ruling class that is generationally distant from the historical events that shaped the Cuban communist regime and mutual hostility between the U.S. and Cuba. The “biological solution” might be plausible and even probable, but it is not completely guaranteed to work. Hence, many skeptical observers believe the island will be the “China of the Caribbean” for decades to come, or even indefinitely, if lifting the economic veto fails to cause Havana to lift the democratic veto. Obama and the European Union itself are well aware that this is the great gamble in the operation in Cuba, but are trusting that the socioeconomic relaxation will permeate the population, creating middle and professional classes, new self-employed workers and more tourism, resulting in a natural transition toward a democratic system. It is certain, however, that, despite the frustration of the Cuban diaspora in the United States, Castro will end his days in a bed, being praised by the multitudes. 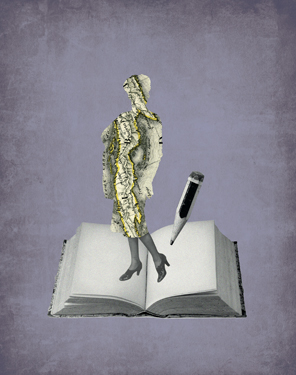 Cuba’s significance is both political and geostrategic, thanks to its physical proximity to the coast of Florida. The island is like a huge aircraft carrier in the Caribbean Sea that no longer attacks the United States, but reminds Washington that it has some serious problems in its traditional backyard, which has been transformed into a strategic area that, like the Roman god Janus, looks in two directions: The Pacific and the Atlantic. If it were not for this substantial geostrategic importance, Cuba would not have been the flagship of Obama’s foreign policy. Its population is small (only 11 million), growth is extremely limited and wages are not only low but strictly controlled by the state. Cuba’s debt amounts to 5 percent of its GDP; exports to ALBA (the Bolivarian Alliance for the Peoples of Our America, an alternative to the Free Trade Area of the Americas (FTAA)) are suffering greatly and its hotel infrastructure –which plays a significant role in tourism, the No. 1 national industry– is in need of a decisive boost. The same applies to other areas of infrastructure (such as roads and ports), logistics, energy, the food industry and services in general. There is a future, but the Castro revolution that formally began Jan. 1, 1959, isolating the island politically and blocking it economically, has not only failed to lift the Cuban population from underdevelopment but has also failed to restore the freedoms the dictators who preceded Fidel Castro had taken away from the people.

Both the United States and the European Union have opted for what is called “the biological solution,” which consists of not forcing structural political changes -in a democratic sense- until the Castro brothers are defeated by their age and replaced by a new ruling class that is generationally distant from the historical events that shaped the Cuban communist regime

In this context, Spain has represented the middle of the road: it was not one of the first countries to initiate open relations -France was first- but, as early as May 2016, the Minister of Foreign Affairs and Cooperation and the Minister of Development traveled to Havana where, after being received by Raúl Castro, they established a favorable economic framework both for Cuba and the Spanish hotel and infrastructure industries (40 percent of hotel beds on the island are provided by Spanish companies). In the near future, a visit by the head of the Spanish government will be necessary to establish a new phase of collaboration, working with the assistance of other countries to drive the Republic of Cuba toward not only economic welfare, but also political transformation. Allowing an economic capitalist system and post-communist authoritarian regime to become entrenched in the Caribbean, just a stone’s throw away from the United States, during a time of instability in Latin America, introduces concern and leaves a bittersweet taste –from a democratic point of view– regarding the scope and consequences of efforts to reshape the relationship with Cuba, whose past is being overcome but whose future is still unclear, at a time filled with uncertainty and fear. The goal would be to undertake a great historic initiative: help Cuba on its path toward a duly corrected market-based economy incorporating greater freedoms, which could definitively insert it into the international community.