Never before has a country so small captured so much attention and passion on an international scale. Cuba’s appeal is difficult to describe. It is an island that, due both to its geostrategic location and its past and present history, has been called to play a leading role in the coming years. The restoration of relations with the U.S. and President Obama’s historic visit to Havana in March ushered in a new stage of bilateral relations, and in Cuba’s relations with the rest of the world. All of this, as well as the need to open up its economy to foreign investment, is generating new internal and external dynamics that have put the island once again at the center of the political world’s and international economy’s attention.

We are witnessing a new era that has generated many expectations, both inside and outside the country, but despite the many obstacles and tensions expected throughout this complex process, the openness, modernization and liberalization of its economy is an irreversible process that will have to tackle three big challenges.

Firstly, the generational handover. For biological reasons, the revolutionary leadership, with the Castro brothers at the helm, will have to step down and make room for a new generation of political leaders. This handover will be far from easy given that the Cuban regime is not known for linear or transparent processes. The process and time for decision-making have always been unpredictable and not devoid of surprises. In the Seventh Congress of the Cuban Communist Party, President Raul Castro himself confirmed the date of this handover to be 2018, sparking a guessing game as to who will be his successor. Attempts have always been made from abroad to identify, pinpoint and even influence his possible successor, but we must be prudent in our affirmations and evaluations. Perhaps it is more likely to consider a future university-educated leadership, headed by a prestigious figure who will try to bring continuity to fundamental socialist principles but who will move toward a new form of government that is more in line with modern times: A smooth political transition process that tries to reconcile the characteristics of a closed political system with a more participative and plural one. This is a decision that, in any case, should be made by the Cuban people in sovereign fashion and without foreign interference. 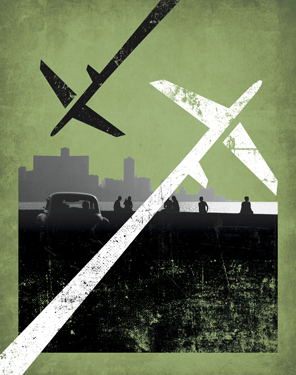 Secondly, Cuba faces the urgent challenge of economic modernization. Its transition depends largely on its capacity to generate a virtuous circle of growth that can, in turn, generate wealth and prosperity for the Cuban people, removing the obsolete foundations of an economic system from older times. The Cuban people have the right to leave behind their 60 years of economic rarities, restrictions and hardships in order to build a competitive social economy. The country could transition toward this economic model without giving up its core principles of equality and distribution of wealth by modernizing its public companies and enhancing the country’s large cooperative sector, its small- and medium-sized enterprises and its self-employed, autonomous workers. However, all this requires the introduction of efficient criteria, incentives and self-government, rooting out and updating the bureaucratic apparatuses that render a good part of its economic system inefficient and obsolete. The country boasts positive examples of successful industries and companies in tourism, biotechnology, health services and culture and has an excellent opportunity to boost and manage other driving sectors of the economy, such as food, energy, transport and infrastructure.

All this requires the introduction of efficient criteria, incentives and self-government, rooting out and updating the bureaucratic apparatuses that render a good part of its economic system inefficient and obsolete

Finally, Cuba’s third challenge lies in capitalizing on and promoting the enormous human capital it has and generates. If there is something that characterizes Cuba in relation to other developing countries, it is precisely the level of education and creativity of its population. Over the last few decades, Cuba has displayed a capacity for resilience unlike that of any other nation in the world, thanks to its people. Cuba’s future has to be based on liberating the talent, skills and potential of its young people to allow them to become the protagonists of this new Cuba.

In conclusion, these three titanic, but perfectly feasible, challenges should point toward a new horizon, a new destiny to turn all this potential, wealth and plurality into a new inclusive, shared project that will position the country in its rightful place in the political, economic, social and cultural spheres. 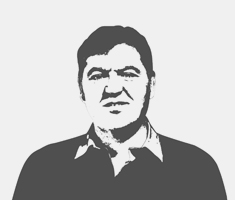