More than 50 years have passed since the establishment of the Communist Party of Cuba (Partido Comunista de Cuba, PCC) became the only political entity that designed and implemented national projects in that country. Cuba’s economic situation, now in a global context very different from that of the 1960s’, has pushed the PCC in recent years to develop a plan to “update and improve” its economic and social model. ((Granma Publication: A Debate on the Future of Cuba. 2016. http://bit.ly/2964Qa5))

Under the leadership of Raul Castro, the greatest signs of change in the regime have occurred, such as new economic and political provisions. As part of this, for example, small loans for home repairs have been granted; buying and selling of cars ((Cuba Debate. Cuba authorizes buying and selling of cars. 2011 http://bit.ly/29gM67Z)) and private homes has been legalized; ((Cuban Embassy in Venezuela. New home sales law in Cuba. 2011. http://bit.ly/29ebwpC)) and the issuance of licenses for self-employment has increased. ((El Nuevo Herald. Cuba publishes rules for new self-employed workers. 2011. http://hrld.us/294bfVv)) Also noteworthy are the legalization plans for Cuban SMEs ((El País. Cuba announces that it will legalize SMEs. 2016. http://bit.ly/1TCvZlm)) and the creation of a Foreign Direct Investment (FDI) Law (2014) ((Cuba Debate. What does the new Law on Foreign Investment in Cuba say? 2014. http://bit.ly/1TCvZlm)) and Special Economic Zones (2013) ((Chamber of Commerce of the Republic of Cuba. Mariel Special Development Zone. 2013. http://bit.ly/293M813)) to aid development in sectors classified as “complementary” to the economy. All these measures have sparked interest among global investors.

The renewed bilateral dialogue, led by the government of Mexico- which has offered to support the transformations taking place in Cuba- has aroused the interest of Mexican businessmen

“The perfection of socialism,” as conceptualized by Cuban leaders, has also shown signs of change regarding foreign policy. One of the turning points with the greatest impact was the renewal of Cuba’s relations with North America. On one hand, during Raul Castro’s state visit to Mexico in November 2013, relations between the two countries were re-established and the Cuban leader made the surprise announcement about his resignation from the Presidency in February 2018. ((Diario de Cuba. Raúl Castro will leave power on February 24, 2018, he says in Mexico. 2015. http://bit.ly/29cdMMF)) On the other hand, Cuba re-established diplomatic relations with the United States, which allowed for, among other things, a mutual reopening of their embassies and the removal of the Caribbean nation from the list of states sponsoring terrorism.

On an internal level, the release of some political prisoners has been authorized, as well as the prohibition of all forms of discrimination (e.g., race, sexual preference, etc.) in the recruitment of Cuban citizens by companies and/or agencies. During the Seventh Congress of the PCC in April, President Castro said that by 2017, age limits would be set for party leadership positions. ((Castro, Raúl. Central Report for the Seventh Congress of the Cuban Communist Party. 2016. http://bit.ly/28MVx2c)) On the other hand, the amendments to the telecommunications sector include authorization for Cuban citizens to purchase cellular phones (2008), ((Cuba Debate. How do Telecommunication Services function in Cuba? 2013. http://bit.ly/299o2Vo)) as well as the establishment, primarily in public squares and parks, of wireless hotspots in different cities across the country. ((ETECSA. ETECSA implements public Wi-Fi areas for Internet access. http://bit.ly/1LybjYg))

Beyond any ideological inclination or rhetoric and in light of the recent economic, social and political transformations initiated in Cuba, think tanks have proven to be an ideal vehicle for establishing the objectives of governmental policies

The renewed bilateral dialogue, led by the government of Mexico –which has offered to support the transformations taking place in Cuba ((Presidency of the Republic. 10 Facts about the Mexico-Cuba relationship. 2015. http://bit.ly/291HXSN))– has aroused the interest of Mexican businessmen. There are opportunities to increase political cooperation and investments. However, it also provides a tangible opportunity to extend the bilateral relationship into the social sphere emerging from within, in which Mexican think tanks are able to share their experiences and discuss relevant issues with their Cuban partners.

Today, organized civil societies around the world play complementary roles to the work of the state, with the ultimate goal of maximizing the scope and impact of public policies in favor of development. Mexican organized civil society –in the form of think tanks and activist organizations– has gained an increasingly important role in the debate and implementation of policies on issues such as gender equality, citizen participation, transparency, accountability, social entrepreneurship and climate change, in which the country is considered to be a regional and global leader.

In Mexico, think tanks have driven, for example, a transformation in the concept of the term “gender equality,” which evolved from mere advocacy for rights to the need to design and implement public policies that guarantee equality. In this context, Mexican civil organizations have spoken about the catalytic power of diversity and equality in both innovation and competitiveness. The opportunity for Mexican-Cuban social collaboration lies in Cuba’s important legislation in this regard, which has the potential to expand its scope and application regarding participation in organized civil society.

Similarly, the dialogue between think tanks and civil society organizations from both countries could be useful in the areas of social entrepreneurship for promoting innovation, talent and creativity; climate change, the scope and impact of which is global; and the development of human capital, which goes along with the new Cuban economic policies, to mention only a few examples of potential collaboration areas between organizations.

Beyond any ideological inclination or rhetoric and in light of the recent economic, social and political transformations initiated in Cuba, think tanks have proven to be an ideal vehicle for establishing the objectives of governmental policies for very clear reasons: they create public awareness, promote good practices and strengthen citizen participation in addressing their common problems.

In addition to sharing a geographical area and having common goals for tackling current global problems, it is just the right time for Mexico and Cuba to perfect their relationship, which stretches back more than 100 years, while this time including the social arm—essential to ensuring recent objectives for economic development and welfare are achieved.

*The views of the directors and partners of COMEXI do not reflect an institutional position. Individual statements are the responsibility of those who make them. 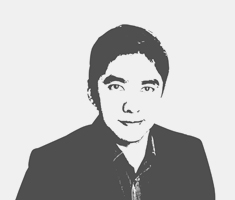 Israel Hernández
Deputy Director of the Mexican Council of International Affairs
He is deputy director of the Mexican Council of International Affairs (COMEXI), a premier think tank in Mexico and one of the leading advocacy organizations in the world, Israel currently coordinates a special project for dialogue between the civil societies of Mexico and Cuba. He is the founder of “Internacionalistas,” an analytical magazine of young International Relations experts. He was a member of global leadership initiatives “Latin American Forum for Global Governance (Getulio Vargas Foundation and ZEIT)” and “Global Village for Future Leaders of Business and Industry (Lehigh University).” Israel has worked as a consultant in market research and on the implementation of public policies. He is a global media analyst. [Mexico] @Israel_HS