Transformation comes from the sea

In May 2015, the United States granted a number of permits that will allow a ferry service to operate between the U.S. and Cuba, a historic move restoring a service that has been discontinued for over 50 years.

During the first half of the 20th century, ferry trips between Cuba and Florida were unique to the region and represented one of the primary methods of travel for Americans, who arrived on the island every week by the hundreds—a reality that, today, seems unthinkable.

From most people’s point of view, the permits represent an important achievement for tourism, business and the strengthening of the bilateral diplomatic relationship, as well as a path to recovering the flow of travelers that existed before the Cuban revolution. However, this milestone is much more than a mere business tool or trigger for tourism; it represents a catalyst for Cuba’s future transformations. Allow me to explain why.

A ferry is more than a simple naval carrier that moves people and cargo from point A to point B. The world’s most important ferries have the capacity to transport any material or good, ranging from containers, frozen foods and fuels to building materials and machinery.

In addition, they offer passengers a unique travel experience, relying on high quality amenities in terms of the food service, leisure, entertainment and cargo carriage they offer. For island conditions, no means of transportation offers similar luxury, and, although its travel time is longer than a plane’s, the experience and comfort are unparalleled.

Cuba’s geographic context makes it an ideal location for these types of services. In fact, vessels represent the most suitable way to connect to the island, establishing a reliable, fluid and permanent sea bridge between the island and the continent—and its main urban and production centers. 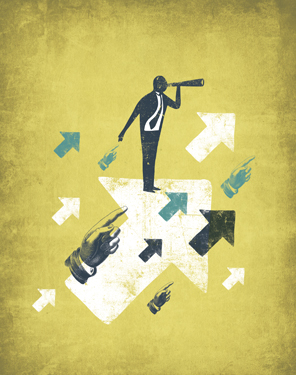 Current ferry projects foresee 3 weekly departures to Cuba, using vessels with a carrying capacity of approximately 2,000 passengers. This means a single ferry trip is equal to 10 Boeing 737 airplane trips, an advantage that adds to this method’s superior cargo capabilities. These needs will continue to evolve in line with the island’s gradual growth.

This service also offers important financial savings, allowing for optimal administration and cost reductions when acquiring goods and merchandise. Ferries make it possible to buy the right amount of product, avoiding the purchase of whole shipments, which involve additional costs due to factors such as storage and distribution.

These are just some examples, but they give us an idea of the magnitude of this type of operation and the fruitful relationship that could develop between the two countries in the near future.

These characteristics, qualities and benefits transform the ferry into much more than a simple means of transportation, instead elevating it to a true pillar of the socioeconomic development of a region that is difficult to access. Currently, maritime freight services act as the main supply channels for the island, but they are not sufficient to cover Cuba’s economic needs and are limited by the current commercial embargo. However, especially following a likely lift, ferries would be the ideal solution to meet the challenge of reestablishing economic dynamism, which would benefit the island’s development programs.

Nowadays, we have a similar operation in Mexico that could be replicated in Cuba—after accounting for their dissimilarities and the contextual differences. If we look at a map of Mexico, we see there is an important stretch of land separated from the continent in the northeast: the Baja California Peninsula. This is an isolated region, far away from the main socioeconomic hubs, with a complicated geographic situation that makes connecting by land practically impossible.

Going around the peninsula is not feasible due to the high costs involved in transporting goods long-distance over land, and air channels are so insufficient and expensive that it is not possible to even consider a connection through that medium. How, then, has this region managed to flourish and become a major center of investment and tourism? The answer is the ferry, which allows the area to be adequately supplied with the goods it needs for its proper economic development.

We have seen historic openness toward investment and business proposals in Cuba, not only in our field, but in many different economic sectors that are key to the island

Currently, the United States has set up all the facilities necessary to make this a reality -a move my company, Baja Ferries, is proud to be part of-. Also, in recent months we have witnessed other important steps in realizing the resumption of this service: the prohibition for Cuban citizens to travel on commercial ships has been lifted, and the first permit to operate a cruise to the island has been granted.

In recent months, we have seen historic openness toward investment and business proposals in Cuba, not only in our field, but in many different economic sectors that are key to the island. We have been pushing for a ferry to the island for over 10 years, during which time we encountered many obstacles and a great deal of negativity, making the inauguration of this service unfeasible for a long time.

Now, however, the scenario and business outlook have changed. For the first time in years, we are encountering a policy of openness and understanding. Today, business proposals are received, analyzed, discussed and voluntarily monitored; certainly, there are still several factors that influence the outcome of these agreements, but we can easily conclude that this is the best moment to invest in the island in over 50 years.

This is still a pending project, but we respect authorities’ time and analyses and are willing to follow the government’s recommendations. Our challenge is to make this topic a priority in the government’s agenda: there is the will, investment and necessary expertise to make it a reality in the short term.

The island will experience dramatic transformations in the coming years, but, without a doubt, the change arriving by sea will play an important role by influencing the promotion of new businesses, aiding the reformulation of the tourism industry, generating a new business spectrum, creating sociocultural links to the world and, ultimately, supporting the construction of a new Cuba. 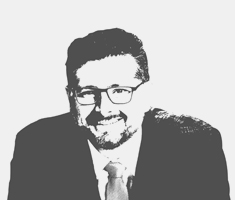