Transformations in Cuba and opportunities for Brazil

In 2015, the handshake between Barack Obama and Raúl Castro during the Summit of the Americas in Panama confirmed their choice to resume dialogue and commitment to the progressive growth of mutual trust between the two countries. Shortly after, the removal of Cuba from the list of countries that sponsor terrorism and the reopening of the U.S. embassy in Havana were milestones. In 2016, the entire process gained further notoriety with President Obama and his family’s visit to the Cuban capital.

In addition to the political and historical symbolism, there are already concrete results underway, such as the permission granted by the Cuban government for U.S. banks to process transactions in U.S. dollars, the relaxation of the rules for U.S. citizens to travel to Cuba and negotiations for the U.S. to invest in the island.

Pressure to end the embargo against Cuba, a decision to be made by the U.S. Congress, is increasing, with support from most U.S. citizens. U.S. companies, interested in gaining access to the nearby market, are also encouraging the revision of the barriers that have been in effect for over 50 years.

While enthusiastically supporting the progressive normalization of relations between the United States and Cuba, interpreted as a victory over the last vestiges of the Cold War in the Americas, Brazil has been encouraging increased trade with the Caribbean island, as well as a greater presence of Brazilian investments in the country.

One of the most significant moves has been Brazil’s funding for the Mariel Port renovation, which was reopened in 2014. Despite the controversy involving the project’s funding by the Brazilian Development Bank (BNDES), with a loan of around $682 million, Brazil’s rewards from the project are indisputable, not only from an economic point of view, but also strategically.

In fact, it is estimated that close to $800 million invested in the project were spent in Brazil, buying Brazilian goods and services and generating more than 100,000 direct and indirect jobs. In addition, the modern Cuban port is on the same level as the best Caribbean ports, such as those of Kingston in Jamaica and Freeport in the Bahamas, with the ability to accommodate vessels up to 18 meters deep and move 1 million containers per year. The big difference, however, is the fact that it is located only 150 kilometers from the world’s largest market, a considerable advantage for any Brazilian company doing business on the island, especially given the prospect of an eased embargo.

Over the last decade, there has been significant expansion in bilateral trade, with Brazilian exports going from $70 million in 2002 to over $500 million in 2015, placing Brazil as the third largest exporter to the island, behind China and Venezuela. Brazilian exports consist mostly of products such as refined soybean oil, soybean meal, rice, corn, fresh chicken meat and raw coffee, among others. 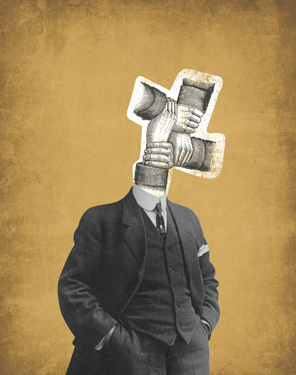 With regard to support for exports and the internationalization of Brazilian companies, it is worth noting the role played by the Brazilian Trade and Investment Promotion Agency (Apex-Brasil), which has an office in Havana and takes care of, for example, the development of market research and support for Brazilian companies seeking to establish themselves on the island.

The growing opportunities for business with Cuba can be glimpsed in the annual editions of the Havana International Fair (FIHAV). Since 2003, the Brazilian pavilion has been organized by Apex-Brasil, and in 2014, Brazil was recognized as the country that had most increased its participation in the fair, with 45 exhibitors from industries such as fashion; home and construction; food and drink; hygiene and cosmetics; and machinery and equipment, among others.

It is worth noting that incentives to invest in Cuba have increased greatly in recent years. The inauguration of the Special Development Zone (SDZ) in Mariel Port, for example, is an auspicious initiative that tends to attract foreign investors to the region, particularly given the prospect of the U.S. easing the embargo.
Companies that are established in the SDZ will be allowed to negotiate salary directly with employees without being subject to the limitations imposed by the Cuban government. In addition, a new foreign investment law was approved March 2014, establishing strong tax incentives to help attract foreign capital, such as a 50 percent reduction in taxes on profit for most investors, with a 15 percent rate on net income.

Considering the promising prospects of the U.S. easing the embargo on Cuba, the progressive effects of the modernization of the Mariel Port and the incentives given by the Cuban government to attract foreign capital, this market of 11 million people can be considered a new focal point for Brazilian companies able to identify opportunity amid an era of change and challenge in the Caribbean and Latin American regions. 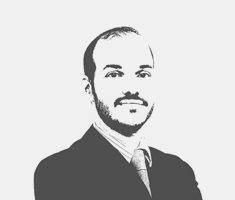