Today, the public faces serious challenges when addressing complex social, economic and political problems. Vulnerability, crime, violence and corruption have grown in response to impunity and, if not addressed, this could put the survival of the Mexican State at risk.

What should we do? How can we, as members of the public, influence the changes needed? Although issues such as vulnerability, corruption, impunity, unemployment and poverty have been at the heart of the discussion for decades, the development of ineffective or poorly implemented public policies, lack of political will and absence of public participation have limited and inhibited positive results.

Like a national sport, many Mexicans complain through social networks and in conversations over coffee. However, when do we stop and think about how we have reached the current situation? How many times have we, instead of complaining, proposed solutions and organized ourselves to promote change?

According to the Anatomy of Corruption, 35 million crimes were recorded in Mexico in 2015 alone, of which only 3.6 million were reported. Of these, only 67.5 percent, equivalent to 2.4 million resulted in a preliminary investigation; so, with these figures, the percentage of impunity is 92.8 percent. According to Transparency International, in 2015 Mexico was 95th out of 168 countries—in other words, it is perceived as one of the most corrupt countries—.

In this scenario, public participation in tackling the problems troubling society is almost nonexistent: 8 out of 10 people have never participated in or organized activities for the common good and around 50 percent continue to believe society’s problems must be resolved by the government. The apathy, passivity and permissiveness of the Mexican people have, for many years, been the breeding ground for the main problems seen today.

The lack of leadership and sensitivity in the authorities at the three levels of government, their failure to put public good before individual interest, has made their inability to provide an effective solution to national priorities evident. In contrast, society has time and time again demonstrated its ability to organize itself to strengthen and legitimize public policies considered important to everyday life.

However, the enormous tolerance of this same society for vulnerability, violence and corruption is surprising. How many deaths, how many robberies, how much violence, how much corruption, how much impunity are we willing to keep putting up with, whether through idleness, apathy or fear? How many offenses and crimes does it take for us to organize ourselves and form a common front against those who are organized to commit them?

The establishment of the Rule of Law is a prerequisite for achieving democratic governance and a fair and prosperous Mexico, or so we think at Mexicans Against Corruption and Impunity. However, the essential condition for this is developing greater civic leadership and better responsibility in society. In short, we need to escape the lethargy in which we have been submerged for decades to address systemic problems and reach a solution.

The paths of inactivity, disinterest and lack of commitment to report, propose and act have led us to the precarious situation we now face. The changes required to reduce these problems will not take place because of good intentions or uncoordinated efforts. We still have time to form an empowered society that assumes its responsibility, demands accountability from its government and breaks the barriers of individualism to work in an organized way for the common good. Implementation of the National Anti-Corruption System in Mexico is one of the first steps, but there is so much more still to do. 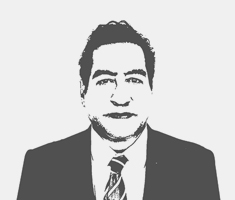