The construction of a city is everyone’s responsibility

IDEASUNO MagazineThe construction of a city is everyone’s responsibility

Bogotá is ranked fourth in Latin America in terms of indicators for attracting investment and quality of education; it is also the fifth best city for doing business. In a domestic context, it accounts for 25 percent of the country’s GDP and 20 percent of its employment, has the highest per capita income among non-mining regions, has the lowest total poverty and extreme poverty rates in the country and is the country’s most competitive region, according to the Private Competitiveness Council.

However, like all large cities, it faces serious problems. Population growth has been uncontrolled, and the city’s response has not always reflected adequate planning. This makes it a city of consensus, of belonging and of meeting points between the public, business owners, academics, leaders and other groups who determine its destiny largely through their actions, behavior and attitudes.

Nowadays, there is an awareness of the need to actively participate in and influence the creation of public policies, proposing, managing and in some cases monitoring, all in pursuit of the common good

It has been widely demonstrated around the world that responsibility for a city’s development is far from the exclusive task of those taking their turn at governing. Only the effective and sustained coordination of academia and citizenship, as well as the private, public and third sectors can lead to sustainable improvement in the face of such a challenge.

In terms of private sector participation, a system has already been invented and has been operating in cities such as London, Chicago, Barcelona, New York and even Medellin for decades. In Bogotá, business owners understand that their contribution to constructing the city is very important, going beyond employment generation or economic development resulting from their business activities. Nowadays, there is an awareness of the need to actively participate in and influence the creation of public policies, proposing, managing and in some cases monitoring, all in pursuit of the common good.

We at ProBogotá are committed to recovering the culture of citizenship, through which we seek to renew a sense of belonging and love for the city, as well as ensure the people of Bogotá commit to specific actions to make themselves better citizens

However, although the public and private sectors do their part in running Bogotá’s biggest projects, the public must also contribute, from demonstrating their commitment to building a friendlier and more modern city through their behavior to demanding transparency and accountability from leaders when implementing policies.

The “Así Vive y Piensa Bogotá Región” (Live and Think Bogota Region) survey, carried out by ProBogotá, showed us a worrying snapshot that needs to be changed: what was surprising was the low level of commitment from the public and how little we, the people of Bogotá, are willing to do to help improve our city. Among other results, it revealed the main commitment the public would be willing to make was not littering the streets (48 percent), something that should already be natural, followed by recycling at 14 percent. Issues such as being a good pedestrian, respecting the rules, actively participating in elections and paying taxes did not appear among the priority commitments all good citizens should do for the city.

Another discovery is that most of the people surveyed do not remember who they voted for to be mayor, let alone for the council, and that those who voted for the candidate elected do not follow them and are not aware of how they are performing. This means the citizens of Bogotá complain, but do not really participate or involve themselves in the city’s issues.

Bogotá demands and deserves more interest from its citizens. That is why we at ProBogotá are committed to recovering the culture of citizenship, through which we seek to renew a sense of belonging and love for the city, as well as ensure the people of Bogotá commit to specific actions to make themselves better citizens. If we are all committed to the city and make small changes, we can start to generate a big transformation.

To make the friendly, thriving, orderly and connected city we all imagine a reality, we must work together, promoting a common long-term agenda that facilitates alignment of efforts from all sectors for the benefit of the city. That is our commitment. 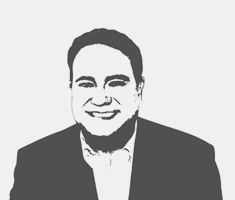 Luis Guillermo Plata
President of ProBogotá Region / Colombia
Current president of ProBogotá Region – Foundation for the Advancement of the Capital Region, a body recently created by the private sector to work toward the development of the Colombian capital and increase its area of influence, Plata previously worked as minister of Commerce, Industry and Tourism from 2007 to 2010. From 2002 to 2007, Plata was president of PROEXPORT (now Procolombia), transforming it into one of the most innovative organizations of its kind and receiving an award from the Global Bank in 2005 for his work. A graduate of Harvard Business School, he has extensive experience in the private sector from his time as a consultant for McKinsey & Co. and as an entrepreneur in Silicon Valley. [Colombia] @LGPlata