The danger of indifference to truth

Emotional appeals that activate personal beliefs are more efficient at winning over public opinion than objective facts. This is the meaning of post-truth, Word of the Year for 2016, according to the Oxford Dictionary.

But what really is new about this definition?

The focus on people absorbing content through a memorization process and selective perception, according to their set of beliefs, was present in the communications theory that, in the last century, sought to unravel the paths to persuasion.

Psychoanalysis shows the power of subjective and subconscious elements in individual actions. Misunderstandings are also frequent in the scientific paths of political, economic and social theory and the confrontation with social reality that is full of re-readings and reinterpretations of the certainties produced by objective knowledge.

In Brazilian politics, there is another phrase whose authorship is attributed to several raposas mineiras (astute politicians from Minas Gerais, including Antônio Carlos de Andrade, José Maria Alkmin, Gustavo Capanema, Tancredo Neves) that says: “in politics, the version is more important than the facts”.
While it is not an entirely new discovery, the concept of post-truth was invigorated by the information explosion generated or reproduced on the Web. The phenomenon produces disturbing warning signs. On social media, the absence of an institution to establish filters, separate the wheat from the chaff and put different views into perspective, creates an environment conducive to not believing in anything anyone says and holding onto your own convictions.

New technologies connect family, friends, discussion groups. In this terrain —where Facebook and WhatsApp are the main vectors—we discover beliefs, thoughts and values that reference people and communities, whether near or far, even distant relatives. We establish complicity and memes confer humor and irreverence. But surprises and disappointments develop in this space. Heated and bitter discussions become everyday events. Ties are broken. Only patient spirits imbued with higher tolerance levels manage to delight in it. The irreversible context of post-truth infringes on a space which could promote sociability and dialogue.

In the post-truth era, filled with major developments such as Great Britain’s exit from the European Union and the contentious American electoral campaign, it is clear that warriors of “truth” and warriors of “lies”—both switching positions—prosper in highly flammable and radicalized situations. The dispute between those that shout “it is a coup” and those that shout “it is constitutional” in Brazil, during the fall of Dilma Rousseff, gives shape to the idea that the world revolves around passions and beliefs; where truth is no longer needed.

The phenomenon raises the question of how journalism—or the press—coexists in these new, extremely polarized times, as well as being characterized by fragmented and dispersed audiences.

The Brazilian scenario prior to Dilma Rousseff’s impeachment and Trump’s path to becoming President of the United States reveal different realities in which controversial post-truth involved official sources and the press.

In Brazil, during the impeachment process (a phenomenon clearly riddled with alternative truths), promises for a bright future—especially for the economy—brandished by anti-Dilmistas, were endorsed with a low degree of debate by large part of the Brazilian press. The president at the time contributed little to this war of narratives and her most resounding reactions in the field of communications took place only in the month of March 2016, three months after the order for impeachment was received in the Chamber of Deputies.
While the Brazilian president not so much as wagged a finger at the press, the opposite stance has been adopted by the current American president.

In the United States, the candidate and now occupant of the White House fired harsh criticism about the press’s behavior in order to support his narrative. Trump, who is known for spreading extremist approaches and beliefs, makes extensive use of social media networks, where fact-checking criteria is slack. It is precisely across social networks that the president and his hard-core associates shout to the four winds what he himself considers “truth”—“the press are liars.” Tensions have built to the point where Trump himself declares journalists as the most dishonest species on the planet.

In both cases, the critical argument is about who has the power to establish the “truth” in the post-truth era. This is a reality in which news broadcasters—in the context of examining, checking, listening to different voices—are no longer easily identified.

In the new chapters of the communicative equation, the State, press and citizens are mainly characterized by the appropriation of the digital buzz of social media and public brawls over the “truth” (arguments with the press).

For journalism, post-truth represents both threat and opportunity.

In the first instance, journalism is weakened in this scenario where everyone is a content creator and whose obligation is to immediately share it on social media. Few people normally read an entire post. They rarely check the source’s credibility, question its content or raise questions. The most important thing is to click and spread headlines that, as a general rule, contain the guilty parties, create scapegoats and offer shallow solutions for complex matters.
And then afterwards, with so much conflicting information, one can only hope that a strict verification of the report’s inconsistencies will take place. The trivial exercise of checking the authenticity of information—in the context of journalism as a social good and public service—could restore journalism’s role as a trustworthy source of information. This is so in a model adapted to the new era, in which the reproduction and emission facts would be under the auspices of the new networks. The fundamental challenge lies in journalism’s capability to weaken those who fabricate biased half-truths or total falsehoods.

For journalism to be able to regain its benchmark as the circumstantial truth, investment, innovation and structured teams are needed. The current situation is one of an industry in a financial and identity crisis, whose cost-cutting measures weaken hopes that a force of new post-truth warriors will emerge. In contrast, what we see today, even on television news programs, is an undermined journalism that just thrown fuel onto burning passions and beliefs.

In any case, the time to separate the wheat from the chaff provides an opportunity for disbanding the tricks woven by spin doctors, or of political and ideological interests, dispersed into the anonymity of the social networks. There are those who are eager to stimulate radical beliefs, cultivate prejudice and extreme stances that are embraced with enthusiasm, mainly on social media where haters, trollers, fake portals or pages specialized in rumors abound. Not to mention the many who take advantage of anonymity.

In these polarized circumstances—when the majority of society is at the mercy of agents with the ability to create smokescreens and manipulate information—social protection mechanisms should be considered. More advanced regulations are necessary, allowing the punishment of those who invent lies and half-truths.

Declaring beliefs based on misinformation is understandable, but has its risks. When people no longer believe that truth exists, or anything that resembles it, when all that matters is simply believing our own reasoning, it seems as if truth is being abolished or expelled from social coexistence.

The social consequences of this context are disturbing. In politics, the deterioration of the notion and value of truth is a danger to society. The most likely script indicates increasing intolerance and stimulation of totalitarianism. 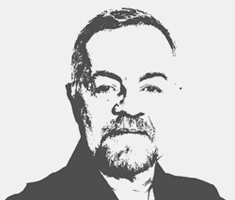