Enemy of the truth

Donald Trump has spent his whole life disrespecting the truth. It has worked very well for him in business, in reality shows and in politics. And even though the size and audacity of his falsehoods have become the epicenter of a global post-truth earthquake, it is undeniable that lies are an old political tool all over the world. The most striking change is in the level of acceptance in a sector of the United States electorate. Until now, this was unthinkable in a country that had never forgiven mendacity, as shown by Watergate and many other high-profile cases of idiosyncratic American Puritanism.

How then, can the “Trump phenomenon” be explained, the paradigm change that this means for our society, and its possible disruptive consequences? It would take volumes to be able to respond to the complexity of the situation, but in a nutshell, what has happened is that political entertainment and levity have taken over Washington. This has been endorsed by 62.9 millions of Trumpist voters who are allergic to the “disastrous way of thinking”, sadly invoking contempt towards the thinking classes—the eggheads of the McCarthyist era.

Political entertainment and levity have taken over Washington

Indeed, anti-intellectualism has always been a latent force in the United States, it sporadically raises its head, but never had it swept the nation as savagely as it did in the 2016 presidential elections. On this occasion, it was strengthened even further by the dominant wave of emotional politics, which puts personal beliefs before objective facts, before the truth. By people who vote with their guts and welcome everything that confirms their own prejudices, even though they receive it in the form of scandalously false news, disseminated by scores of online sites such as National Report, Liberty Writers News, Breitbart, Empire News, InfoWars or Civic Tribune. And then repeated by an army of Alt-right activists (white supremacy), and by President Trump himself and the assessors that surround him.

But first of all, it is important to put the numbers in context: the general population of the United States is officially 325 million—including non-nationalized legal residents. 231.6 million have the right to vote, of which only 138.8 million exercised that right, while 92.7 million opted to stay at home. In other words, Trump was elected by only 27% of the voting population and 19% of the general population.

The numbers explain the perplexity in which the majority of the U.S. population lives. The sensation of being characters from Orwell’s 1984—this year’s bestselling book—, captives, in addition, of what historian Fritz Stern called “irrational popularity”, which makes the masses yield to the “mysterious charisma of dictators”. Trump does not seem like a dictator, for now, but his populist demagogy has an increasingly autocratic flavor.

Thirty-seven years after the undesirable society that Orwell imagined, the White House has created its own Ministry of Truth from where our Winstons—like the character of 1984—try to inoculate us with huge lies that the propaganda minister Kellyanne “Winston” Conway, goes unpunished by calling them “alternative facts”. Just as when they assured us that millions of people had attended Trump’s inauguration ceremony—apparently ghosts because nobody saw them. Or the five million—also phantasmal—that according to the president himself, fraudulently voted for Hillary Clinton. Not forgetting the whoppers that egotistical Trump tried to make us believe, that Obama had been “born in Kenya”, and that the former President, along with Hillary Clinton, were nothing more than the “founders of the Islamic state.”

And so, one example after another (Trump told 132 falsehoods in his first month, according to The Washington Post) this Orwellian presidency is revealing a disturbing strategy: to substitute the objective truth with an alternative, silence mainstream media and purge all dissidence. This is the perfect formula for manipulating public opinion, during the post-truth times that we are in. At least this is what they intend.

But among all the recriminations, nothing beats his fight to the death against mainstream media, now officially considered by the White House as “the opposition”. To the extent that during one of his bouts of insomnia at 04:32 a.m., Trump declared the press as “the public enemy” via Twitter.

In Trump’s dictionary, “enemies” are journalists who have the audacity to tell the truth, to investigate facts, to monitor abuses of power and to expose corruption. For this reason, eroding his credibility is critical. Until the moment arrives when a large part of society believes only in the president and his subservient media.

It is now exactly a century since Lenin published an essay titled “The Public Enemy” in Pravda. It is very ironic that a president of the United States uses an identical rhetoric against one of the institutions that plays a critical role in the world’s oldest democracy.

Only time will tell who the true public enemy is—the press or Trump. 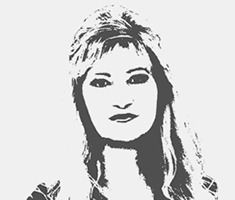 Rosa Townsend
Editor and reporter at The Miami Herald /El Nuevo Herald
Political and research journalist in the United States. She has been editor and reporter at The Miami Herald /El Nuevo Herald since 1988, and was part of the team that won the Pulitzer Prize in 1993. A decade later, she worked as a U.S. correspondent for El País, covering different stories ranging from the 9/11 terrorist attacks, and even Guantánamo. Furthermore, she has covered the American presidential elections for twenty years. Throughout her career, she has written for other news organizations such as Yahoo News, BBC, Agence France-Presse and The Sun Sentinel. She returned to The Herald four years ago as a columnist, an activity which she reconciles with being a CNN political presenter and other television stations. [USA - Spain].