Never before have human beings had so much information within such easy reach, and neither have societies been so interconnected. All of this has happened at such a speed that the actual middle-aged generation—40–50 years—has witnessed mankind’s greatest technological revolution. It is fast, but reflection on this is limited.

The world now has the practical ability to leverage scientific knowledge, which was unthinkable a few decades ago. Imagination has been the spark that set off the motor of life-changing achievements.

Without analysis and reflection, even the greatest advances can turn into huge disasters. One of the most important expressions about using imagination as a source of innovation and creativity in the 20th century was by Walt Disney: “If you can dream it, you can do it.” In his magical world, there is one attraction that is one of the oldest which still remains open—the “Carousel of Progress” that, according to Walt Disney’s biographers, was his favorite.

This carousel depicts the life of an American family throughout the 20th century, and how technological changes have transmuted family life, up to the present day. It leaves the audience with the uncertainty as to whether these fantastic advances and automation in life are really useful or a tragedy. Every person forms their own opinion at the exit.

Polarization and the incapacity to listen to another’s opinion lead them to an arena where public opinion is not formed, but rather deformed

We are facing the same dilemma in the era of the Internet, social media, information in real-time and other devices that allow us— or oblige us—to stay permanently connected. The only difference here is that we cannot get off at the next station and leave this world, which is as invasive as it is dynamic.

If, as individuals we have little time to distinguish or reflect on how influential these new realities are in our lives, as societies, we have even less. How difficult is it, as a community, to reflect on what makes rational sense with regard to the emotional components? Where images or memes are now not only worth more than a thousand words, but they make it impossible to create arguments or they are read before a “general opinion” is formed.

During the 2016 referendum to consult the Colombian people about the peace agreements, one of the conclusions that I reached was that Colombia didn’t have a proper debate, despite the numerous and interesting arguments from each sector. When I went to observe the referendum, I got the impression—to put it figuratively—that the “YES” camp were tuned into AM, and the “NO” camp to FM, as they couldn’t find common ground for a fruitful discussion.

Colombia and Brexit are examples of contradictions in hyper-connected societies with extensive communicative interaction. But at the same time, polarization and the incapacity to listen to another’s opinion lead them to an arena where public opinion is not formed, but rather deformed.

The infamous fake news makes an impact in this kind of scenario. In other times, we may have called them rumors, satires or even propaganda. What they do have is a strong impact, mainly through massive circulation and by finding fertile audiences that accept them with no questions asked. The strength of a rumor or a hoax depended on the credibility of the person spreading it. Today, this strength lies in the facility and sheer scope of distribution, and the desire to believe by those receiving it. So much so, that well-known fake news creator, Paul Horner, said, “I think it is my fault that Donald Trump is in the White House.” In the United States, more than a few analysts attribute him with a decisive role in the recent electoral race.

It is worth saying that the majority of fake news does not have an ideological, political or proselytizing genesis. Thereafter, its distribution is another thing, the origins are mainly chrematistic. Journalist Samantha Subramanian uncovered the case of the boy in Veles, Macedonia who, with two pro-Trump websites, made up to $4,000 a month with online advertising, similar to Google’s AdSense. The Guardian revealed that in Veles, a town 55 thousand inhabitants, more than 100 pro-Trump websites were registered, with sensationalist content. When Subramanian interviewed the Macedonian boy, she realized that he had no interest in whether Donald Trump won or lost, he just wanted to make money.

In light of this situation, the continued existence of media outlets that are committed to fulfilling their responsible role in democratic societies is essential, so that citizens can check the veracity of information and find spaces for expression. It is also true that the media needs self-criticism, as well as to raise good practices that ensures trust and credibility from their audiences.

The reality is complex and daunting. Technological advances placed in the service of humanity require reflection. If we add to this reality, the interests gained from lies, manipulation, demagogy and populism, citizens have very limited tools to defend themselves and protect democracy. The main tool, as in other times during history, is the freedom associated with the practice of free and independent journalism. If this freedom is preserved, the rest will be safeguarded. 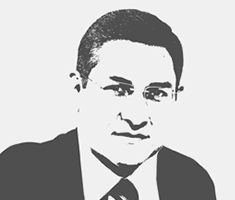