When the future catches up with us, the past will no longer be valid. Descartes could be a yardstick

IDEASUNO MagazineWhen the future catches up with us, the past will no longer be valid. Descartes could be a yardstick

Let’s be truthful: before journalism in the post-truth era came along, not everything that came from the press was “the absolute truth”. And it couldn’t have been any other way, because if we only abide by the definition offered by the Royal Spanish Academy, journalism—in addition to being a profession—“consists in the collection and written, oral, visual or graphic processing of information in any of its forms and varieties.” They should have added that this activity is carried out by human beings who are susceptible to having different ideas about reality (not “alternative facts”) despite exerting the objectivity to which its protagonists are obliged.

But make no mistake and neither should we leave any room for distortion. A different perception of reality is not in any way the same as the intentional lies that we witness today—repeatedly—from the highest level of government of the most powerful country in the world. And these outright lies, later explained as disguised hidden truths, are rigged with traps that seek to discredit the formal press and avoid—unsuccessfully—being exposed time and again. Examples abound.

An attempt at distorting confrontation between historical, legal and official truths was recently noted in Mexico, in the case of 43 students who disappeared in Iguala. This was when, on January 27, 2015, the former Head of the Attorney General of the Republic referred to the “historic truth” as a way of relinquishing his responsibility in the matter.

We ask ourselves then, what the communicator’s ideal method and role in a digital era of high technological consumption should be today

Sometime previously, the role of spokesman to former President Vincent Fox could have been considered as a predecessor of post-truth to a certain extent. But by no means is it comparable to any attempt to induce a blatant lie, just to save face during exposure before the press. In his book La Comunicación Presidencial en México (Presidential Communication in Mexico), the author—remembered for his phrase “what the President meant to say”—explains that when former President Fox referred to, for example, “two-legged launderers” or “jobs that even blacks don’t want” in the United States, he did so deliberately with a communication strategy in mind. These were—in my opinion—, a basic, colloquial or simplistic form of expression far from wanting to confuse society with an unrealistic assertion.

“Radio is closer to the people” was the slogan on a radio campaign when television began its inevitable boom. What it alluded to was that listeners in the countryside or workers who did not have time to watch television could always count on the radio or their pocket transistors for their daily news. The technological advances that have developed information signs from paper to electromagnetic waves, have gone hand in hand with a structural evolution of information itself. It has gone from hard facts to the search for emotional empathy with the recipient of the information.

Stating the facts today is not enough. It is now essential to involve the recipient in these facts, so that they display their “endorsement” of them with a simple click and are able, like never before, to spread an opinion or new piece of information. This will find its way back to the market—whether true or false—to compete with information created by journalists.

It should be added that requirements for transmission have become extremely daunting. This is because of the required standard of quality in the shortest possible time—to get ahead of the competition and obtain the largest number of responses before any other similar transmission.

Thus, journalism has an infinite number of competitors starting with each other, and also with the technology itself, which helps it to transmit and deliver to the recipients of the information. This, in fact, could achieve greater resonance than the most meticulous of formal media outlets.

We ask ourselves then, what the communicator’s ideal method and role in a digital era of high technological consumption should be today. There is only a short time span for analysis, yet massive competition in the production of news information, with immediacy being a benchmark.

Resorting to philosophy and historical references may not be in vain. In his 12 Rules for the Direction of the Mind3, René Descartes could be a useful reference—if not essential—in all journalistic writings. This is to avoid losing oneself in the inevitable and endless technological twists and turns and the emotional requirements of today’s readers.

In his first rule, he indicates that the objective of research is to provide the mind with a steady direction that allows it to form true and sound judgments about the subject under analysis. In the second rule, he suggests that we strictly adhere to areas in which we are competent enough to obtain “certain and evident cognition”, without the shadow of a doubt, with respect to the matters in question. The third rule recommends that we concentrate our efforts on areas in which we can offer opinions with clarity, justification and conviction in the same way that one acquires scientific knowledge.

The fourth and fifth rules indicate the need for an appropriate method to research the facts of the matter. This starts with analyzing—moving from simple to complex—and always (rule number six) reducing complicated concepts to simple ones. And then, this is followed by researching them in their prospective order, to later methodically account for and number them according to rule number seven.

The eighth rule suggests not overlooking something we don’t understand, but to pause at this point until fully comprehending it’s meaning to avoid undertaking superfluous tasks. And the ninth rule suggests methodically working from the least important and easiest until we have acquired the habit of distinctly and clearly discerning the truth through intuition.

To become more astute, according to rule number 10, one needs to exercise what has been done by others and explore the arts and crafts which reinforce our own skills. Then, according to the next rule, with the aim of fine-tuning our knowledge, it is worth going through the conclusions one by one, as well as all together, going so far as to conceive of several of them at a time using different approaches, if possible.

With the aim of fine-tuning our knowledge, it is worth going through the conclusions one by one, as well as all together

Lastly, rule number twelve recommends that we should employ all the benefits of comprehension, imagination, the senses and memory to gain intuition of simple propositions. These can also be used to establish an appropriate link between the things we already know and those we are searching for, in order to better identify them.

Descartes became familiar with print in its early stages, but not so with radio, television or the digital era through which current information is continually transmitted. His rules, nevertheless, transcend technological advances because he was right in assuming that man himself has to continue improving regardless of his role in the communications spectrum, as a broadcaster or as a recipient.

It is time to draw on the past despite the challenges that the present has shaped, and that the future of communications does not enable us to foresee how or where emotions and truth will meet. 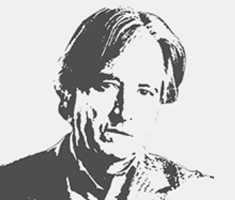 Adalberto Palma
Executive Director of The Aspen Institute Mexico / Mexico
Is the Executive Director of The Aspen Institute Mexico, a civil society organization that develops activities linked to education, leadership and public policy, by encouraging open, pluralist and non-partisan dialogue about important issues and matters for society. He is also the Chairman of the Board of the Mexican Financial Institutions Union, A.C. and Founding Partner of the companies APERTURE, S.C. and Proxy Gobernanza Corporativa, S.C. He has collaborated with Anáhuac University with its leadership programs and has taught as a professor in Corporate Governance. He participates as an independent adviser in non-profit corporations and organizations [Mexico].