In pursuit of the truth

Long ago, six curious Hindu wise men gathered to discover what an elephant was like. They were blind, and decided to search for this pachyderm to dispel any of their doubts. After a long walk, they found an enormous and tame elephant. Each wise man approached the animal eager to touch it. The first caressed its trunk, and immediately compared it to a snake. The second touched its tusks which made him think of a spear. The third rested his hand on the hairy tail, believing it to be a brush. And so forth until six different descriptions of the same animal were given. They all believed that they knew an elephant’s true appearance but without managing to come to an agreement. By changing positions, they realized that there was more than one way of looking at the animal.

The moral of this short story is to illustrate and remind us that the notion of truth and the search for it are complex and inherent to human beings. In fact, truth requires the analysis of objective facts and a discussion of the evidence—requirements that bestow it with great value which professionals in any field have a duty to preserve.

In recent months, numerous media outlets have been debating over the growing devaluation of truth with reference to politicians’ narratives, influencers and media outlets that play to sensationalism and the convenience of selective information. This phenomenon, baptized as post-truth, has been defined by the Oxford Dictionary as a circumstance where the objective facts have less influence in public opinion than emotions and personal beliefs. It was declared Word of the Year for 2016. Consequently, concepts such as “alternative facts” and “fake news” have burst onto the scene in recent weeks.

Seizing the opportunity that digitalization offers us to channel our collective intelligence, thus avoiding the drift towards collective stupidity

It is worth remembering that the commonplaceness of lies is not an innovation of the 21st century. Nevertheless, what is new is the deep entrenchment of post-truth in the information society and its effervescence in the context of political disaffection and disillusionment, in light of globalization which, in some cases, is out of control.

Today, access to informative content, as well as its immediacy and volume, has no precedents. The impact of digitalization in the world of communications has brought about a revolution in a way that people can produce information themselves. One significant example of this democratization of the media is: citizen journalism. Similarly, it has changed the way they consume and assimilate it. According to a study by the PEW Research Center in 2016, 62 percent of the American population would use social media to keep themselves up to date. The paradox is that, due to the incessant flow of news, we could become even more misinformed than before.

In last September’s issue of The Economist, the front cover “Art of the Lie” was dedicated to post-truth. Among the pages of this edition, it is worth highlighting a graph1 showing that Facebook content with false information was shared the same number of times as true information. This phenomenon becomes even more alarming when we consider the influence of algorithms and financial pressures. Algorithms generate virtual ecosystems that reflect like-minded opinions, and in many cases encourage people to create their own truth. Meanwhile, the competition to rank at the top of search engine results rewards the number of likes. As Katherine Viner, Editor-in-Chief of The Guardian, points out, in her article “How technology disrupted the truth” virality takes precedence over quality and ethics2.

The so-called post-truth permeated the presidential elections in the United States and even prior to that, the referendum in the United Kingdom. The OECD experienced the latter first hand.

We presented a report3 at the London School of Economics, months before the vote, about the possible economic consequences of Brexit for the British economy. What happened? Sensationalist press distorted our statistics to strengthen their position over a restrictive migration policy and the need to “get the country back”. The Leave campaign pointed out that the “general population” no longer trusted the “experts”, including those of the OECD and those that sought to discredit them, alleging that the said organization was funded by the EU.

These are important lessons learned from this experience. 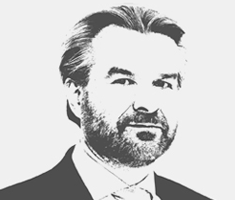 Anthony Gooch
Director of Public Affairs and Communications, OECD / Spain-United Kingdom
Took over as the OECD’s Director of Public Affairs and Communications in 2008. He coordinated the process of reflection which culminated in the redefinition of the organization’s mission. He previously worked in the European Commission for 13 years as a trade relations negotiator between the EU and Latin America and as a special consultant to Pascal Lamy. Prior to this, he headed the EC’s Media and Public Diplomacy operations in the USA and the United Kingdom. Holds a postgraduate degree in Political Science and International Relations from Sciences Po Paris and an MA in Modern History from Cambridge University. [Spain – United Kingdom].