As if journalism didn’t already have enough threats to face, information now faces a growing phenomenon that has been piously named with an obvious euphemism: post-truth. Now is the time when journalism is setting off down an unknown path, which has been marked by constantly changing new technologies in a globalized world and in communications whose limits—if they exist—remain to be seen.

We are talking about lies, regardless of how many Anglo-Saxon terms we use to describe what in Spanish has a multitude of exact equivalents that summarize the word used at the beginning.

The multiplication of fake news is a fact that seriously threatens the health of democratic systems as we have known them up to now, in the face of which honest information professionals feel helpless. And in truth, they are helpless against it. Because the undisputed truth is that traditional media has lost credibility with the majority of the population. The trust they once placed in the media has been substituted by a practically boundless faith in the information they receive through social media.
Yet citizens’ enthusiastic and surrendered bias towards the new way of communicating and receiving information, is understandable because it does away with the middlemen who, up until now, were newspapers or televisions. Citizens are now master and authors of their own informative environment.

There is no exposure to ideas that differ from their own standpoint regarding any general interest subject. This is because these ideas do not appear in their bubble, or if they do, it is to discredit them

But it is precisely here that the problem lies; Internet services such as Facebook send each person information that suits their needs and interests, in a way that the recipient lives permanently enclosed within a vacuum or in a bubble that they don’t need to—or in reality are not able to—get out of. In this environment, all information and communications received are targeted to reinforce their passions, interests and opinions. There is no exposure to ideas that differ from their own standpoint regarding any general interest subject. This is because these ideas do not appear in their bubble, or if they do, it is to discredit them.

In this way, citizens become part of compact and impenetrable groups.
This in itself is serious in the way that it produces an atomization of infinite or self-referential, monolithic bubbles where there is no place for divergent opinions.

In this atomized world that is self-strengthening, it is actually a huge weakness because it is the perfect breeding ground for spreading fake news—nowadays called post-truth. This is because there is no need to confront the reality which would reveal the lie because the person receiving fake news accepts it to be true as it reinforces their own opinions and beliefs, and they resend it to those who share their own bubble. This means that there are billions of fake news items circulating at breakneck speed, galloping through social networks, without even the slightest possibility that this duplicity can be exposed. And even though the phenomenon is as old as the digital platforms themselves, it was only during the course of the U.S. presidential campaign and Donald Trump’s victory, when the problem came to the forefront of consciousness of part of Western public opinion.

This is because the activity of fact-checking, carried out by dedicated journalists, is still confined to very small consumption levels—primarily the elite—and not the general public

It is true that projects to check facts have been successfully carried out in recent years—referred to as fact-checking in the Anglo-Saxon world. But as long as this method is not incorporated into large companies such as Google or Facebook, the fight against the viralization of lies and half-truths will have an almost irrelevant social effect. This is because the activity of fact-checking, carried out by dedicated journalists, is still confined to very small consumption levels—primarily the elite—and not the general public.

Inasmuch as the population is not massively engaged in the fight against biased manipulation, based on showing how certain false information items have the main objective of coercing citizens towards specific directions or standpoints, journalism will be seriously under threat. And as long as journalism is threatened, so too will be the health of Western democracies. Or rather, the free world. 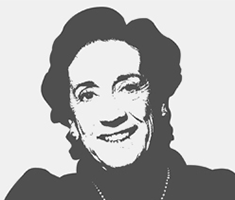 Victoria Prego
President of the Madrid Press Association
Is the President of the Madrid Press Association. She is also the Assistant Director of the digital newspaper El Independiente.com. She has previously worked in television, radio and in print media. She worked at the daily  newspaper El Mundo for 16 years as Assistant Director. She is considered an icon of Spanish journalism and the best rapporteur of the Spanish transition—a milestone that has served as the basis for two of her books: Así se hizo la transición (How the Transition was Done) and Diccionario de la transición (Dictionary of the Transition). She has been the recipient of several awards: the Luca de Tena for her career achievements, the Antena de Oro for her endeavors in radio and the Victor de la Serna. [Spain].