In the kingdom of post-truth, irrelevance is the punishment

IDEASUNO MagazineIn the kingdom of post-truth, irrelevance is the punishment

Even though a lie is disguised as post-truth, it is still a lie. As a society, we have decided to succumb to Orwell’s world. We accept the imposition of new language with the use of concepts that do nothing more than hide an extremely unattractive reality. We accept being controlled by millions of screens that watch us every day. We accept, day by day, abandoning our place in the defense of free and democratic societies. We do so without even noticing. Sweetening the reality with concepts that act as the placebo of a trending topic. Post-truth is nothing more than a kingdom of lies.

Post-truth is not a new phenomenon. Not by a long shot. What we call post-truth today, in other decades was called propaganda. The creation of alternative realities under the media’s command and control. Alternative realities that are not based on facts, but on emotions. Alternative realities based on perception and not on data. The difference compared to other eras is that we now have a double-edged tool within our reach. First, they do not allow access to the sources of information required to point out and combat lies. And at the same time, they give lies an unprecedented boost, spreading like wildfire and floating on the surface for years. It is possible and impossible at the same time.

What we should discern is how we can use all of the tools within our reach to ensure that the truth prevails, and that we can live in solid democracies

But we cannot blame the Internet. Internet is nothing more than a channel. A tool. The place where it happens. It is the usage by those who want to create this alternative reality that should be brought to center stage. What we need to analyze is why we allow those that want to fabricate a reality based on lies to get away with it. What we should discern is how we can use all of the tools within our reach to ensure that the truth prevails, and that we can live in solid democracies. And communication has a great deal to say about all this.

Since Donald Trump’s rise to the United States presidency, an image appears like a rash all over my Facebook timeline. It is a simple graphic with the logos of this country’s main media outlets, organized according to trustworthiness and their ideological spectrum. This image intermittently appears every day on the walls of millions of people. It only serves to remind us that on the day that we gave up on having a better education, we lost the battle without even setting foot on the battlefield.

Our societies still don’t offer better educational tools to be able to distinguish the truth from lies. We live in societies with abysmal reading levels, with educational programs plagued by budgetary cuts and where online methods are only just coming into classrooms. If we do not educate ourselves, we are vulnerable to lies. We could be literate, but we will be ignorant. Perfect conditions for the virus of lies to spread.

We no longer trust in institutions, politics and companies. Levels of confidence which were previously almost untouchable have done nothing more than decline over the last decade. We are vulnerable to lies and we do not trust those who are the object of these attacks. If in the past, an institution had the benefit of the doubt, today others have that benefit.

Thus, we have a breeding ground that can only do us harm. To the institutions, to the governments, to the companies… to our society as a whole. And the answer to this threat cannot be found in tradition. Post-truth cannot be fought with a press release. Nor with an article in Expansión. The Internet is the battlefield for this war. Tanks are useless.

This war is waged in its own territory. Lies must be attacked right where they are being fabricated. Don’t expect that any action in other fields allows you to reach all those who have already believed it at face value. There is no time to evaluate if being present on the Internet or not is a good or bad decision. And there is no time to believe if one or the other social network is good for a spokesperson or not. Lies travel at a staggering speed and the battle must be waged in the same territory.

This war needs a new feedback culture. Institutions should lose their fear, once and, for all, and engage with citizens

This war needs a new feedback culture. Institutions should lose their fear, once and for all, and engage with citizens. Companies must understand that the best way to increase sales is to engage with clients. When lies can damage a reputation, and hence, the confidence that people have in an institution or company, it is crucial to respond. At Change.org, as a platform, we see how many people create petitions against institutions or companies on a daily basis. Not handling these petitions and deciding not to respond to the person questioning the institution itself would be suicide. We have the tools to respond. We cannot shield ourselves with communicative artillery from the 20th century.

We should speak as normal people to normal people. Speak in the same place where others are talking about us. Debate our reasoning with emotion. If not, institutions on which our democracy is based run the risk of becoming irrelevant. This is the great danger of post-truth. To be attacked and disconnected to such an extent that institutions and companies become irrelevant. That their alternative reality based on lies becomes the alternative to reality. 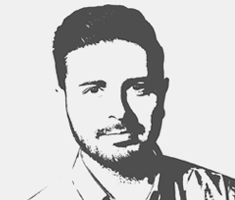