Post-Truth: between falsehood and deceit

What discursive reach can be attributed to the outbreak of current debates about the term “post-truth”? To rehearse an answer, as approximate as it may be, offers no choice but to wander into the land of nuances. In this respect, it should be clarified that those who applaud the so-called new theory of post-truth, uphold that the classic notion of truth has become obsolete. According to them, as a result of this, its decline has also dragged down what is usually considered as its undeniable partner—the lie—which would no longer constitute something condemnable per se as it too, has been relativized.

Clarification becomes fundamental not only to adequately interpret the terms under discussion, but also to correctly understand the different impact that the debate is having, as such, within the context that it is presented. Because, starting with the latter, it is no coincidence that this questioning of the truth has provoked more fuss on the American cultural scene. Due to the centuries of pressure from puritanical traditions (George Steiner has written enlightened pages on this subject in No Passion Spent), lies are considered unacceptable on all counts, both in the public and the public sphere. It seems clear, by contrast, that in our culture—Catholic, to simplify—things do not tend to be considered in exactly the same way. As such, it is a fact that the same behavior—for instance, deception in private matters—would be judged with huge benevolence by ourselves and would frankly receive less social rebuke. This would be in clear contrast to the Anglo-Saxon world, which would result in banning its protagonists from public life.

Lies are considered unacceptable on all counts, both in the public and the public sphere

That said, and contextual differences pointed out, the content of the terms under dispute should be examined in detail. Supporters of post-truth have probably benefited, in a manipulative way, from a critical element that should not cause any great problems if used correctly. Criticism of certain “strict” uses of the truth were undoubtedly welcomed in their time in many contexts. As such, what works in the positive scientific field of knowledge cannot be transferred, at least mechanically, to any other field. In the end, The Truth—absolute and in capital letters—has been associated with dogmatism for some time now. Facing truth, virtually no one has raised the issue that—to cite just one example—it is as inevitable as it is convenient to introduce the right dose of relativism in the cultural scene.

But to extrapolate this essential point of anti-dogmatic skepticism and turn it into a total denial of ever possibly reaching an agreement—about what is true and what isn’t, what is information, what is a mere opinion, what is a true description and what is in the interpretation—, is an unacceptable fallacy on all counts. A fallacy based on confusion, or the belief that the lie is the partner of truth in the scientific field, when in reality, falsehood has assumed this role. Scientific “errors” are not lies but falsehoods and, indeed, it seems that nobody questions their status. Or would somebody consider the question of a serious decline to be a plausible post-truth? For their part, lies are spread in the human environment and conflict with sincerity. If this had to be articulated in a clear and simple way, we would say that “something” is false, while “someone” tells a lie. To make it even more succinct: lying is an error that depends on the speaker; one doesn’t lie unintentionally..

Let’s not shy away from giving examples: information used by supporters before the Brexit referendum to convince the British public of the convenience of an exit from the EU was false in itself. And in addition, a lie, from the moment it was disseminated by those who learned of it first, despite knowing it to be false. To refer to these in terms of post-truth is nothing but beating around the bush, if you excuse the colloquial expression.

A fallacy based on confusion, or the belief that the lie is the partner of truth in the scientific field, when in reality, falsehood has assumed this role

But at the same time, we should reject any plan that leaves no other option than to raise the matter on either scientific or moral grounds—the former too indisputable and the latter too ambiguous. In the face of such a quandary, it may be worth introducing the hypothesis that the ultimate value to be protected is neither truth nor sincerity. The ultimate value is communication in the public domain, within the context of democratically debating matters that concern everyone. Any theoretical/political proposals should be dealt with in this perspective, post-truth included. From there, it is worth trying to refine, using the most balanced wording possible in order to avoid getting mired in hardline and frequently confused dichotomies, such as those already mentioned—not to mention the very recent concept of alternative facts, coined by Kellyanne Conway, senior adviser in Donald Trump’s administration.

Maybe the fact of proposing things in terms of post-truth, which is a long way from clarifying anything, fulfills his provocative rumblings somewhere between epistemology and morality. The goal is to distract us from what is the most important, which is nothing more than the constraint that public debate should adhere to. Let me just put it this way, to wrap up: misleading citizens in the public domain should not be allowed under any circumstances. 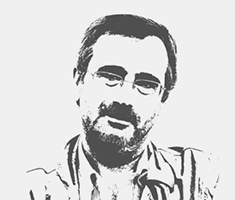