It is fashionable to talk about post-truth. Just as anything new usually is; however, post-truth is nothing more than a rehash of something that already existed. It is a new wineskin that perchance wants to appear contemporary—or rather “post-modern”—for a vintage as old as public opinion itself. One of these terms that human knowledge specialists, from one area or another, invent to make their jargon sound more esoteric, thus making the knowledge more exclusive. Or as Nietzche called it: “Spirits that muddy the water to make it seem deeper.”

The Oxford Dictionary chose the term “post-truth” as Word of the Year for 2016, affirming that it is used to refer to “circumstances where objective facts have less influence over public opinion than appeals to emotions and personal beliefs.” So, following this prestigious institution, it becomes difficult to contemplate that political academics have discovered a new planet within their galaxy with this word. There are good reasons why democracy began and, consequently, the relevance of what the public would think (as limited as their understanding may be). And there are also reasons why those who taught the art of speaking in town squares—the Sophists—also became known as “tricksters”.
As recently written in a clever article in The Economist, the difference between post-truth politics and that of simple lies is that in the latter, “the truth is not falsified or contested, but of secondary importance”. This is because it deals with “reinforcing prejudices”, giving a sophisticated distinction, but in truth, it is nothing more than endless hot air. There has not been a populist politician in the history of mankind—and, again, populists have been around since ancient Greece—who has not considered the truth as “of secondary importance” and “reinforcing prejudices” as the basis of their success.

The emotional element, on the other hand, is nothing new; few tactics have been more efficient or practiced than manipulating emotions in order to “reinforce prejudices”

The emotional element, on the other hand, is nothing new; few tactics have been more efficient or practiced than manipulating emotions in order to “reinforce prejudices”.

Thus, I believe that Alex Grijelmo is along the right path when he writes that “we could ask ourselves if post-truth wasn’t, above all, part of what the word itself alleges; otherwise it would move towards more outrageous terms, such as ‘lie’, ‘scam’, ‘hoax’ and ‘falsehood’.” I would also dare to add that not only can we ask ourselves the question, but we can also answer it ourselves.

Having said that, one peculiarity I believe we can associate to our times is that the usual populists and lies have much greater firepower today than before. Social networks have given the audience a megaphone in the political debate, to millions of people who could only participate in it within the limited reach of their houses, jobs and neighborhoods before. People that can make real-time contact with those who think—or don’t think—in the same way as them, and create a real “opinion trend” that can change the direction of political debate.

Whatever happens, one thing is clear given the artificial concept of post-truth: like all fashion, it will go out of fashion

From the most pessimistic perspective, you could agree with Umberto Eco, in that the Web and social networks have given “legions of idiots the right to speak,” whereas before they had no voice. Nevertheless, as authorized as it is, this point of view is still prominently elitist. After all, intellectual sophistication does not always go hand in hand with wisdom, and vice versa. Maybe they are more susceptible, in general terms, to emotional “arguments,” but by no means do the great masses have a monopoly on prejudices, in the same way that the elite doesn’t have one on clarity. It means something that Professor Eco’s declarations didn’t take long to go viral on the same social networks to which he referred.

Whatever happens, one thing is clear given the artificial concept of post-truth: like all fashion, it will go out of fashion. And when it is gone, we will all go back to talking about lies in the public domain. We will not have advanced much in the meantime, but we will have been liberated from the mysterious cloak that this pretentious term has concealed, and Nietzche can smile with relief wherever he may be. 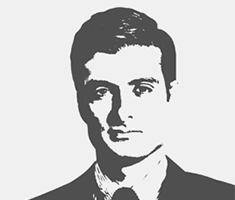 Fernando Berckemeyer
Editor of the daily newspaper El Comercio
Editor of the daily newspaper El Comercio since November 2014. He has also written for Perú 21, El Nuevo Herald (Miami), El País, CNN en Español and the magazine Expansión. He is a lawyer from PUCP and has a Master in Law from Harvard University. He holds a degree in Philosophical Studies from PUCP as well as a Masters in Ibero-American Literature from New York University. In addition, he was a Senior Associate at Estudio Olaechea. [Peru].