Post-truth, a new way of lying

The expression post-truth has not been around that long, but it has become viral—as it is called on social media—and as such, is now popularly used in the wake of the presidential campaign of the current U.S. president, Donald Trump. Its massive use has led to it being selected as Word of the Year for 2016 by the Oxford Dictionary. It is true that this description doesn’t necessarily mean that it is correct or legal, but it somewhat underestimates the ethical principles upon which the post-truth concept impinges.

The concept of post-truth is usually defined as “that which is apparently true, becomes more important than the truth itself.” Gregorio Cano Figueroa points out in Clarín, November 22, 2016, that post-truth is the phenomenon in which the “objective facts have less influence over public opinion than appeals to emotions and popular beliefs.” This means that societies, dazzled by speeches and propaganda, put fact-checking and analysis aside, to cautiously accept as true the messages delivered by leaders, politicians and charlatans.

Indeed, post-truth distorts the basic principles of human coexistence, such as the cult of truth and honesty, favoring misleading and lying behavior in order to promote its own interests and greed. It is either the truth or it it is not. Half-truths do not exist, and neither does subjective truth. To speak of “my truth” is an assault on reason. Opinions can exist, and in this sense, every person has every freedom to express their own, and on any subject. But when dealing with objective facts, such as, for example, the number of inhabitants in the country, its gross national product, its citizens’ level of education, a company’s financial situation, public debt, or the budget deficit, only the objective reality counts—and there is only one. Everything that is disguised as the truth, whether grossly modifying it—such as the manipulation of statistics—, hiding facts that misinform the reader, or leveraging devices that distort accounts, are adulterations of the truth. Distortions and deception have been around throughout history. It is worth remembering Ramón de Campoamor’s (1807–1901) well-known stanza: “in this treacherous world, nothing is either true or lie; everything depends on the color of the crystal that one looks through.”

Post-truth distorts the basic principles of human coexistence, such as the cult of truth and honesty

If post-truth refers to the prevalence of sentiments and emotions over objective reality, and if the culprits are mainly demagogic politicians and populists seeking citizens’ support, what we are seeing is a gross distortion of reality in pursuit of popular support. And the consequences are apparent—a favorable vote for Trump has meant that the world’s leading power is headed by someone with an ambiguous track record, who is controlled by his impulses and who seems to govern through Twitter. Admittedly, the United States has a complex and rather incomprehensible system, as Clinton actually won the majority of the popular vote. This is the result of an emotion-based campaign that pushed aside objective analysis and logic. Although it is true the alternative candidate was not the best, it is outrageous that this has happened in the oldest democracy on the planet and that its perpetrators try to hide—with cynicism around the arena—behind post-truth. Demagogy and populism, which obscure reality and are overflowing with empty and unrealistic promises in search of votes, have been more typical of Latin American countries than their Anglo-Saxon counterparts. But Europe has not been without this phenomenon: Hitler and Mussolini, with the brutal effects of the Second World War, were a result of the subjugation of Germans and Italians fascinated by their leaders’ discourse.

Trump’s election, the UK’s majority vote to leave the European Union—Brexit—and the rejection of the fundamental reforms proposed by Italian former Prime Minister Matteo Renzi, are all consequences of Neo-populism.

Protests against Trump’s preliminary decisions are widespread in the United States. The United Kingdom faces its eventual disintegration due to the possible separation of Scotland, who wants to stay in the European Union. Once again, Italy is immersed in extremely dangerous political instability.

Together with the need to go back to fundamental principles and standards such as honesty and truth, universal society—now so closely integrated—should reject and condemn deception and lies—post-truth—that foster the spread of authoritarian and corrupt regimes. Private practices whose sole objective is to make money, regardless of the methods used to get it, also undoubtedly benefit. 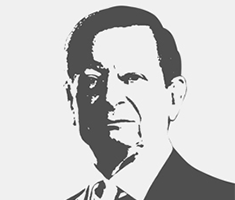