The rise of post-truth and how to build customized gods

The same idea of post-truth could possibly, at first glance, become a short-lived fashion following the election on the part of the Oxford Dictionary as the most relevant word of 2016. Nevertheless, hidden behind this concept are profound changes that undermine the very idea of society, because if humanity has spent centuries looking for the “truth”, it now aims to relativize it.

One of the most important transformations of humanity was the transition from polytheistic to monotheistic religions. In the Greek and Roman traditions, there were an endless number of gods to be worshiped, each one protecting some human activity or other. The rise of Christianity was an organizer of collective wisdom, generating “true” references. The Church became the central element in the regulation of people’s social and intimate lives, producing relative stability in the generation of truth. Nevertheless, from the 16th century onwards, a new alternative came into being. Copernicus, Descartes and Darwin, among many others, would produce a new system of truth: science, replacing belief as an explanation for natural facts.

The “bourgeois revolution” led to the end of absolute monarchies and to the rise of nation states, with the appearance of new sources of “truth”: legal and statistical. New players also flourished—bureaucracy, the political system, public opinion and journalism. Public opinion became the social space for legitimization of socially accepted truth.

If humanity has spent centuries looking for the “truth”, it now aims to relativize it

From the last decades of the 20th century, a radical change in the contemporary societies began to take place. The fall of the Berlin Wall and the Soviet bloc marked the end of a world divided into two opposing blocks. Later, the information and communication technological revolution based on the Internet, accelerated time in a world that is becoming globalized at an unprecedented rate. Media outlets proliferate, as do the mediums that transport an incessant and discordant body of information.

Nevertheless, and as a paradox, far from complying with new global values, subjects turn towards individualization and the surge of personal fulfillment. One of the shifts that mark the terrain of this change is the transition from religion to spirituality. While religions usually sustained a rigid doctrinal body, new forms of spirituality are flexible. They foster the “live in the present” philosophy, stimulating sentiments and emotions that instill “self-fulfillment”, instant gratification, and “looking good” as an essential step to “feeling good”.
The trade-off to individualization is giving up the feeling of being part of a community, developing a growing apathy for public affairs. Conversely, people tend to emotionally involve themselves in social media via affinities that strengthen their point of view, and tend to break or reduce their relationships with the world offline. A frail association with the social environment means that subjects have superficial and fragmented knowledge of what happens out there. As a result, the opinion polls, a great measurement tool of the 20th century, find contradictory information with large variations in a short space of time. They eventually “fail” in their predictions, precisely because it is impossible to predict the future about the behavior of this new subject—until now unknown in history.

In this new era, universal truths are abandoned, and the idea of objectivity is rejected, even when supported by real facts

As a result, during the first few decades of the 21st century we are witnessing the emergence of a figure with potential access to all available information, an avid consumer, dissatisfied and suspicious of politics as a means for change. They have given up the idea of “changing the world”, the predominant ideology of the 60’s and 70’s.

In this new era, universal truths are abandoned, and the idea of objectivity is rejected, even when supported by real facts. The subjects feel capable of creating their own truths and beliefs—their own customized gods—independent of values that in other times seemed unquestionable. Old formulas for questioning the social body with arguments and discursive rationale fall on deaf ears as they no longer mean anything. They are now replaced with short effective phrases and suggestive images as new formulas that stimulate emotional strains and that target fear and irony. 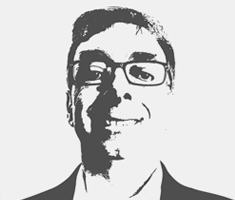