How to tell my truth? A fresh opportunity

IDEASUNO MagazineHow to tell my truth? A fresh opportunity

In his compilation of articles Viajes imaginarios y reales de la existencia (Imaginary and real travels of existence) during the time of French King Louis XIV, Cunqueiro (Álvaro, 1911-1981) wrote of a so-called “false Cabinet”. Headed by Finance Minister M. Colbert, renowned chroniclers set about writing fantastic descriptions of nonexistent countries on the African and Asian coasts. Once the country was described and an inventory of its natural resources taken—always with an emphasis on the meekness of indigenous people and their monarchs’ generosity—this discovery was then promoted in order to attract investment. Once the money was obtained, it was actually used to fund expeditions to other highly dangerous and hostile countries of West Africa and the Orient. The illustrious Galician journalist and writer thus shows us that the temptation to replace reality with appeals to emotions and personal beliefs—which is how blogger David Roberts has defined post-truth—is as old as humanity itself.

But if post-truth is not new, neither is it real. The suffix “post” denies the very essence of the concept, given that it means to show us that it would be following on from periods in which the truth prevailed. In other words, everything that predated—in the political, economic and social world—the moment when Roberts came up with this term, would have happened during an era of sincerity. Does anyone believe that? Is anyone still gullible enough to defend the veracity of George Bush Jr.’s statements in relation to Iraqi arms, or those of Zapatero denying the ferocity of the economic crisis, or the false promises or rally-style outbursts of many in recent decades? The answer is obvious: they should not exist, although… be careful! So often have we associated post-truth with Trump, Farage and others of the same species, that we run the risk of clearing the names of hundreds or thousands that came before them using trickery—even though it may have not have been called post-truth then. For them, it was simply a question of “lies”, “manipulation” and “demagogy”.

Another risk, although no less dangerous, is to believe that the triumph of “alternative facts”, as defined by Trump’s current presidential adviser, Kellyanne Conway1, is only attributable to those who practice it. The media, political, educational and social environments have generally provided the essential fertilizer for the outbreak of this phenomenon. The progressive degradation of arguments has opened doors to frivolity, inconsistency and total lack of rigor. While we constantly hear concepts such as transparency, engagement or ethics, the flow of communication now crosses a wasteland where anything rational is discredited. And there are those that can be held responsible. They are the media outlets which, due to the profound crisis affecting them, have gambled on deprofessionalizing their newsrooms, exchanging experience and authority for job instability and low costs. They are abandoning their news selection criteria based on social interest and substituting them for what the audience wants (based on the power of the click and trending topics). They may also have championed causes—whether political or corporate—far off from what citizens are really interested in. As a consequence, readers, listeners and spectators are increasingly skeptical—before the futility of their role models—and opt for the convenience of approving only news that best suits their beliefs or desires.

Social networks are also responsible as, together with undeniably positive contributions, they are nevertheless provoking an unprecedented mutilation of content quality. Eye-catching and fast impact replaces reasoning; audacious and surprising headlines win over any trustworthy idea that opposes it; video is killing words. Influencers, YouTubers and bloggers have taken over the places of any expert or authority, and the citizen is completely mesmerized by the overwhelming emotional pull. So, in that case, why do we need the truth?

The media, political, educational and social environments have generally provided the essential fertilizer for the outbreak of the relevance of the “alternative facts” phenomenon

In this scenario, the question is, what can be done by those who wish to transmit their ideas or actions in an intelligent, straightforward and honest way? What options do they have to convey their messages in a way that they will be heard and accepted? The way forward is certainly not to adapt to the wave of trivialization, but rather to follow the slower and more complicated path of generating trust. It is true that excessive communication is based on adjusting our message to the context and using the formula that our recipients accept. These conditions do not necessarily imply a process of deteriorating of our content quality. New ways and multiple channels are today essential in order to reach our desired interlocutors, who are no longer merely passive recipients. The same should be true for the exchange of positive ideas and comparable, true facts that help to build credibility that is beneficial for everyone who takes part in the dialogue.

The nature of the Internet itself provides underlying opportunities for communication that we do not always take advantage of, by applying the same rules that we used for mass media. It is no longer enough to declare the veracity of our messages to ensure its trustworthiness—something that was guaranteed just by publishing it in a media channel. Now, more than ever, it is necessary to work from the source—from corporate communications—on the strength of the arguments that we want to make public, by implementing a firm verification system. But the same goes for the ability to respond to different issues that may arise in online conversations. And this is inherent to the Internet’s nature because it has empowered all individuals to access an enormous wealth of information (and misinformation), and share it incrementally through their personal connections on social media. Access to information and the ability to disseminate that was previously restricted to a few players: media, social organizations and public administrations.
Veracity and responsibility (which comes from the Latin “respondere”) have always been ethical requirements in corporate communications. But now, in addition, they have evolved into practical conditions for the performance of business functions. Both have become urgent obligations which are beginning to transform companies themselves. They have been integrated into some of their processes and resources, the media’s own guidelines (with respect to veracity) or those of social organizations (with respect to responsibility). Large consumer goods companies like Red Bull or Lego have become communication groups. And other emerging brands, like Whole Foods or Tesla, build their business model on mobilizing causes such as organic foods or sustainable mobility, respectively.

Beyond these concrete examples, trends indicate that the post-truth phenomenon, accelerated by technological disruption, is also finding answers in deep organizational changes. These go far beyond communication techniques and formats (storytelling), and are much more related to interactive methods and experiences with their interest groups (storydoing). 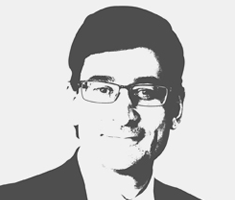 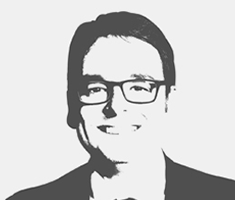 Iván Pino
Senior Director of the Digital Area at LLORENTE & CUENCA.
(A Coruña - Spain 1974). He is Senior Director of the Digital Area at LLORENTE & CUENCA. Journalist, graduated in Information Sciences from the Complutense University of Madrid. Holds a Masters in Corporate Sustainability and Responsibility from the UNED-UJI, over twenty years of experience in corporate communications and reputation and is a digital communications specialist. Co-author of Claves del nuevo Marketing (The key to New Marketing). Cómo sacarle partido a la Web 2.0 (How to get the most out of Web 2.0) (2009, Gestión 2000). Conference speaker and professor of the Masters in Corporate and Institutional Communications of the Carlos III University and Unidad Editorial. [Spain].