Truth, transparency and storytelling versus post-truth

IN LATIN AMERICA, WE HAVE EXTENSIVE EXPERIENCE WITH POST-TRUTH AND POPULISM

The Economist describes the concept of post-truth as trusting affirmations that “feel like the truth” but are not based on reality. Trump’s victory in the U.S. presidential elections and the triumph of Brexit led to its being chosen as Word of the Year by the Oxford Dictionary.

Chile’s Finance Minister, Rodrigo Valdés, remarked on the phenomenon at the end of last year and warned about the dangers of the “belligerent atmosphere” in public debate. Perhaps giving free rein to mounting frustrations, he claimed that the exaggerations are toxic and are not helping to create a space where public policy can positively develop.

Unfortunately, everything suggests that in the forthcoming presidential campaign this year, it will be post-truth that prevails, and not the facts.

Outside of Chile, Trump’s first few months in the White House confirm that the multimillionaire businessman is playing on emotions and not with facts. He is confident that we now live in an era when people have less patience for facts, data and truths.
This era, when emotions and “statements that ‘feel like the truth’ but are not based on reality” prevail over what is objective and real, is an enormous challenge for the media.

Media editors and directors around the world are asking themselves how they should react in the face of mistrust and lack of credibility, and what to do to keep connecting with their audiences. Audiences that have made it clear that they want greater transparency and greater participation. Audiences that are skeptical towards the technocrats (for which the technocrats themselves are largely to blame) and who want to be consulted and to participate in the solutions to their problems.

This is not only a challenge for the media. It is also one faced by companies and political leaders.

Human beings have always enjoyed listening to good stories. Whether orally—like our cavemen ancestors—, in 30-second videos or in 140 characters. The media are challenged with telling good stories.

And Trump and the rest of the populists, who are threatening the liberal model based on rationality that has reigned in the West since the end of the Second World War, understand this very well. As the British former Prime Minister Tony Blair eloquently put it in recent times: “for them and their followers, reason and facts are an irritation, evidence is a distraction and the emotional impact of what they say and promise is the only thing that matters.” These movements become a “retreat from reality” and an excuse for not facing it.

What we are experiencing is a huge wave against what people perceive as the unfairness of globalization and against the elite. And what the populist leaders do is to convince the disaffected—and there are many—that they have the answer for this, and that it is the only answer. And what’s more, that they are the only ones who are “telling it as it is” about what’s happening, when in reality they are doing exactly the opposite.

The media that I represent strongly believes in the battle of ideas. We have always been committed to offering interpretive journalism and with passion, but—and this is very important—based on facts and truth. We are in the business of interpreting and refining arguments, transforming them into stories that arouse emotions, but always based on truth. The truth and facts are indeed important.

And it is for this reason that our formula to remain relevant and influential is more truth, more reality, more transparency and a commitment to tell stories passionately. The power of the people should not be underestimated. If there are ideas, stories, reports that cause impact and arouse emotions, people will react.

The power of the people should not be underestimated

The Western press’s mistake with both Trump and Brexit was to belittle the stories, the gloom and the challenges faced by many people who have not gotten real, practical benefits—or have not felt them—from globalization, capitalism and the digital era. The press became technocraticized, and without realizing it, became part of the elite—the same power that they should scrutinize and supervise as part of their duty and mission. They showed the numbers, facts and realities, but not all of them and with no emotion.

Something similar is happening here in Chile, but also different at the same time. The dominant press, have always been part of the power structure, and never an inquisitor. Their mistake was to focus on telling macro stories that demonstrated the undeniable progress and boom experienced in the country over the past 30 years. In many ways, they were just reflecting the official report by the elite government’s and the corporate sector. But they didn’t tell the story of the underprivileged, of the inequality, of the abuse and corruption. All areas that, bit by bit, have had their legitimacy taken away by the model and the system, and have made room for post-truth to enter the debate.

My answer to this challenge is that we can only respond, as I mentioned before, with more truth, better stories and with tales that arouse emotions. 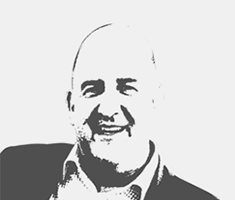 Iván Weissman
Founder and Director of El Mostrador Mercados
Founder and Director of El Mostrador Mercados, Chile’s first electronic daily business newspaper, as well as Subdirector for the electronic daily El Mostrador, launched on March 1, 2000. It is the first exclusively digital Chilean newspaper. Iván was Managing Editor for Europe, Africa and the Middle East for the Bloomberg news service, as well as being the Head of Television in the UK for the same company. He had previously performed the role of Senior Producer for CNBC Business news. He holds a BA in Economics and Political Science from the University of California in Berkeley, as well as a Masters from the American University. [Chile].