Understanding the “no” to the Colombian peace agreement

From the events of 2017, the armed conflict between the Colombian government and the Revolutionary Armed Forces of Colombia (FARC) has evidently come to an end. Almost six thousand guerrillas have moved towards the concentration sites and the process of arms surrender will shortly begin. At the same time, Congress is working on the legislative agenda that has been designed to implement the content of the agreements. This includes the amnesty law, transitional justice mechanisms and guarantees for the ex-combatants’ political participation, among other aspects.

Despite the Government and the FARC having reached an agreement following four years of negotiations, only four months ago, the consolidation of peace seemed uncertain. 50.22 percent of those who voted in the referendum on October 2nd rejected the agreements made in Havana. Why did Colombians reject an agreement that ends 50 years of war?

Why did Colombians reject an agreement that ends 50 years
of war?

The Colombians’ opinion of “peace” is complex and multidimensional. The survey carried out by the Democracy Observatory of the University of the Andes, the Barometer of the Americas, shows that since 2004, nearly 60 percent of Colombians support a negotiated solution to the conflict. From this point of view, the referendum results would be surprising. Nevertheless, according to the 2016 version of this study, only 40 percent of those interviewed supported an agreement between the Government and the FARC. This is due to the fact that less than 20 percent accept the political participation of ex-combatants. In a nutshell, Colombians support the idea of negotiation to resolve the conflict, but they are reluctant to accept any kind of concession that benefits the FARC. The Colombian Government did not have an easy task in “selling” an agreement which is seen by many as extremely generous towards the rebels.

This difficulty to “sell” the agreement amounted to a polarized political atmosphere. In 2010, Juan Manuel Santos won the elections with a platform that was set to continue the hardline policy against Álvaro Uribe’s guerrillas. Once he was president, Santos changed the Government’s direction and announced the first talks with the FARC—a decision not well received by Uribe, who had already led strong opposition to the Government’s peace policy in 2012. Alienation between Santos and Uribe led to a process of polarization among the elite which had repercussions on public opinion. Since 2012, confidence in political institutions has declined among the former President’s supporters, as it did in relation to his support of a negotiated end to the conflict. In 2016, 5 out of 10 “Uribistas” supported a negotiated end to the conflict. In contrast, 8 out of 10 “non-Uribistas” supported this alternative. If the opposition to Uribe is explained by the enormous popularity of the former and the lack of charisma of the latter, it is easy to understand how the former President’s leadership led to many voters rejecting the agreement.

The presidential elections of 2018, promise to be something of a second referendum on peace agreements

Ultimately, the “no” campaign managed to trigger a fear of the agreement. While the advocates of “yes” set about disseminating the main elements of a long and complicated agreement, the “no” supporters were very adept at drumming up fear of the agreement. In a country where less than 10 percent of citizens would vote for a FARC candidate, the “no” campaign convinced many that the agreement would pave the way to an imminent change of regime. In addition to announcing the arrival of Castro-Chavism to Colombia, those opposed to the agreement were skilled in disseminating lies and half-truths. Transitional justice was presented as total impunity; pensioners were falsely told that peace would be financed by taxes on their monthly payments; workers were sold the equally false idea that the ex-combatants would be paid more than the minimum salary. In a country where large part of the population are not experiencing war, the “no” campaign managed to convince many that the cost of peace would be higher than continuing the conflict.

In light of this reflection, the most remarkable thing is that an unpopular president has managed to convince half of the Colombians about the benefits of making a peace agreement with an organization which only 6 percent of the population trusts. The referendum’s stumbling block was overcome and agreements are being implemented. Support for peace with the FARC will probably increase as citizens see that the cost of peace is not as high as initially insinuated. Nevertheless, given Uribe’s huge influence on public opinion, while opposition continues towards “la paz de Santos” (President Santos’s peace proposal), the future of the agreement remains uncertain. The presidential elections of 2018, promise to be something of a second referendum on peace agreements. 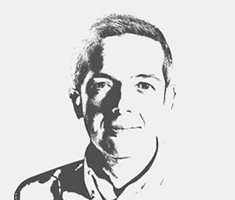 Miguel García Sánchez
Co-Director of the Democracy Observatory
Holds a PhD in Political Science from Pittsburgh University and a Masters in Political Studies from the Institute of Political Science and International Relations (IEPRI) of the National University of Colombia. He is currently an associate professor at the Department of Political Science at the University of the Andes and Co-Director of the Democracy Observatory. He has published a range of articles and book chapters, given a multitude of lectures and participated in research projects about electoral studies and public opinion, relating to the impact of social contexts on individual political behavior, and the formation and change in public opinion. [Colombia].