Verify after the global storm

Between 2007 and 2016, some 20,000 journalists lost their jobs due to dismissal or forced abandonment in the United States, as stated by Scott Reinardy, a professor at the University of Kansas. According to the Madrid Press Association (APM), between mid-2008 and October 2015, the Spanish media said goodbye to 12,000 employees. They are traces of the perfect storm brought about by a combination of the digital revolution and the economic crisis that has affected many countries. When Lehman Brothers crashed in 2008, few people guessed that the iconic photo featuring one of its employees taking away his belongings in a cardboard box would be a future reality for many newsrooms.

It will shortly be a decade since then, and well-known media outlets as well as new ones have spent the whole time worried about the viability of their new business model. In the ferocious competition detonated by the crisis, we have seen a magnificent wave of creativity, projects and new languages. We saw the arrival of interactive infographics, multimedia storytelling and virtual reality. The readers came out on top, benefiting from this exciting offer. In addition, they have established themselves as broadcasters with the arrival of Web 2.0 (around 2004), based on user friendliness of content management systems that opened up Internet publishing to everyone.

Once the exhaustive search for reasons why Donald Trump
won the 2016 elections began, the dangers of poor-quality information became readily apparent

But with reduced workforces, neither traditional media outlets nor newcomers could cover everything in the Internet that was overwhelming in its immensity. There were increases in Internet connections, connection speed, access from mobile phones and user-generated content (UGC). Amidst this maelstrom of change, things got lost and it was only a matter of time before they reappeared worse for wear, above all where quantity became more important than quality.

The fact that many of the new publications were professional didn’t necessarily mean that their content was. But once the exhaustive search for reasons why Donald Trump won the 2016 elections began, the dangers of poor-quality information that was circulating on the Web became readily apparent. The ordinary media agents had disappeared and, parallel to the fragmentation of audiences, society had polarized politically. Then, there was great discussion of ideological bubbles, biased algorithms, post-truth, propagandistic bots, hoaxes and fake news. These were more successful than real news in Facebook during the campaign, to the Republican candidate’s benefit. Issued by sources that appear to be legitimate but are not—based on non-existent facts and information—, they usually come from sites that were created with the sole intention of making money through clicks and publicity. It is difficult to spot the difference, when comparing them to an established media website.

The expression fake news has been infinitely abused in political debate over how much this information has influenced Trump’s victory. But if anything has been achieved by it, it is that journalism should reinforce one of its basic tasks: verification. Media collaboration with organizations that are specialized in tracing digital deception is growing, and they will need to do even more.

In many of the EREs (authorization for company layoffs in Spain) that affected journalists during the crisis years, the “last in first out” rule was not observed. Those who were the first to go were experienced writers who were deemed incompetent to handle new digital technology. The younger writers knew how to record a video and quickly post an audio on the web, but could be unskilled in other basic teachings with regard to professional routine. In particular, the journalist-source dance is a tricky art and, to avoid being distracted in the real world, the rules should be maintained when the source is an individual behind a social media account or website.

The journalist-source dance is a tricky art and, to avoid being distracted in the real world, the rules should be maintained when the source is an individual behind a social media account or website

FirstDraftNews, the international coalition that globally coordinates the fact-checking effort, uses many working tools that aim to trace sources: their history in and outside of the Internet, their contacts and exchanges with other players, their geo-localization. New methods are used to return to the origins.

The credibility of the media is lower than ever and its obituary is being written in the face of the rise of social media. The media is mistrusted in 80 percent of the countries analyzed by the 2017 Edelman Trust Barometer. Nevertheless, an Ipsos/Buzzfeed study performed in January this year shows that while 55 percent of adults in the United States read the news via Facebook and not through the media, only 18 percent consider content available via this route to be reliable. Credibility is therefore a battle for everyone—new and established platforms alike. And systematic verification (analogue and digital) could be a sign of quality that distinguishes true journalism and allows it to reconnect with audiences in both cases. 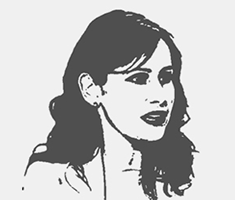 Myriam Redondo
Journalist and Doctor
Journalist and doctor with a thesis on “the Internet as an information source in international journalism”. She is a Associate Professor in Social Media and Cyber Journalism at Camilo José Cela University, Associate Professor in Political Science and International Relations at the Complutense University of Madrid and a member of the editorial committee of La Revista de ACOP (Association of Political Communication). [Spain].