Making a source of wealth out of complexity

Contrary to what countless prophets would have us believe, the new normal will actually look a great deal like the old normal. Nonetheless, we will learn lessons from the mistakes made in managing this health crisis and its economic effects. They have been so numerous that they provide such great material for collective learning that we should be optimistic.

If we look up a second, the first thing we see is that many societies reacted well to the pandemic. Those that have built strong institutions and chains of solidarity that were created during previous crises are responding best. Countries with weak institutionality and strong appeal for individual initiative and the market are doing worse, especially those where citizens were already expecting very little or nothing at all from their governments.

Pierre Rosanvallon said that, after more than a century of pluralist democracies, we lack a theory on government action. For most of us, democracy is a system of representation and its conditions; competitive elections, widespread participation by the electorate, a certain freedom of expression and institutions where – at least on paper – countermeasures exist to control nominally separate powers. But once a legitimate government has been formed, what is the theory behind good governance? Beyond a vague defense of the common interest and its corresponding electorate (to win the next elections), we hardly know anything at all.

“The consensus on which we laid the foundations of our institutions has cracked, our societies have become more complex, but our way of governing has not”

Following the post-war period, political success was strongly tied to one’s ability to form broad electoral alliances (we owe our Welfare State to the social democrats and Christian democrats) with which to manage national institutions capable of expanding rights with sufficient social peace as to grow the economy. Good governance was synonymous with inclusive coalitions and promises of progress.

But the optimism of the 1990s (so well described by Ramón González Férriz in “La trampa del optimismo” Debate 2020) and the new global economic scenario disassociated growth and inclusion. This has not been the case worldwide – where poverty has fallen – but rather in the “advanced democracies” where coalitions between winners and losers from globalization are increasingly more difficult to form and the promise of progress no longer brings inclusion but rather inequality amid the greatest accumulation of wealth ever seen in history.

The consensus on which we laid the foundations of our institutions has cracked, our societies have become more complex, but our way of governing has not. Nowadays, pandemics spread around the world in business class seats, but the warning and intervention capabilities of international bodies come up against strong bureaucracies and local borders with no more resources than the most archaic of population protection instruments – lockdown. It would be unfair to argue that our government systems do not learn. The healthcare system – with so much room for improvement in many countries – is an example of collective learning; war after war, healthcare crisis after healthcare crisis, we built institutions that protect us precisely because it has a certain ability to anticipate the future. But it would indeed be fair to argue that progress is slow and blind. The future constantly arrives faster, we know less about it and it always catches us reeling from the past.

Daniel Innerarity, our best local thinker, suggests converting the complexity and acceleration of our societies into a source of knowledge and wealth instead of a space for disaffection from the governed with an intelligible policy and irritation from governors with insatiable citizens, an entirely possible condition for our democracies. In his latest work, published during the pandemic (“Una teoría de la democracia compleja: Gobernar en el siglo XXI” Galaxia Guntenberg 2020), he argues that “The greatest source of fragility in our democratic institutions is their mutilation or reductionism, their simplification… because it makes societies more vulnerable, less capable of tackling problems, precisely because the solutions require that kind of complexity… Societies are well governed when governed by systems in which collective intelligence is synthesized (rules, norms and procedures) and not when they are led by especially gifted individuals. We could do without smart people, but not without smart systems”.

“The future constantly arrives faster, we know less about it and it always catches us reeling from  the past”

But we choose people, not systems. Science and technology have now learned to incorporate “distributed knowledge” (in which decisions do not depend on a single center) into their cognitive and decisionmaking processes. Politics has not. Imagine a political party leader whose program is to highlight doubts, significant doubts, with the honesty to recognize that they lack the answer. I know of no politician with such courage, but neither of an electorate willing to place their trust in such a politician. However, we waste our time trying to convert governments into collective learning systems under conditions of ignorance (Collingridge).

We should think about that the next time we evaluate our politicians. 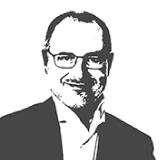 Joan Navarro
Partner and Vice-President of Public Affairs at LLYC
Bachelor of Sociology and Political Science from UNED and General Management Program graduate from IESE Business School. He specializes in political strategy. Director of Institutional Relations and Communication at the State company acuaMed (2007-2008), Director of the Cabinet of the Minister for Public Administration Services (2004-2007). Member of the Spanish Chapter of Strategic and Competitive Intelligence Professionals (SCIP) and author of ‘Lobbying, Gestionar la influencia’ in Comunicación Política (Ed. Tecno, 2016) and ‘Desprivatizar los partidos’ (Ed. Gedisa, 2019).[Spain]