Apple and Google announced a surprising agreement in April: in light of the COVID-19 crisis, the two companies were going to work together on the creation of a tracking app with a colossal database capable of tracking the movements and contacts of up to three billion users. This is a disconcerting announcement for two reasons. The first relates to fundamental rights and rests on the fact that two Big Tech companies and, by extension, their clients (whether governments or companies), would potentially have access to every movement of practically half the world’s population. The second is tied to economic factors. It is worrying that two large companies – in themselves quasi-monopolistic already – might work more closely together under the guise of responding to a global crisis.

Discipline and cure? The seductive nature of IT-backed authoritarianism

One of the key academic reflections from the last century on the effects of surveillance was Discipline and Punish by Michel Foucault, in which he analyzes the transformation in prison regimes. Today, this article might well be entitled Discipline and Cure. Behind a mask of public health concerns, we are seeing justifications and the search for solutions based on large-scale surveillance. Inspired by the experiences of several East Asian countries, a number of States have expressed an interested in copying a model based on IT-backed monitoring. Qatar has introduced a compulsory mobile app to track every movement by its citizens and classify them according to four levels of suspicion, punishable with prison sentences of up to three years. It should be noted that these demands are not only being made by authoritarian governments. Many politicians and journalists in liberal democracies are calling for this type of solution.

“With the relaxation of competition rules, we are witnessing a perfect storm for centralization in the digital sector”

However, taking shelter behind emergency policies to implement systems that represent unprecedented interference in the actions of citizens would not seem the best way to proceed. As is the case in other parts of the economy, better inspiration might be taken from the European preference for “the precautionary principle” – the idea that any technological solution should be applied while considering the potentially negative side effects, rolling it out gradually and with suitable mechanisms for accountability and withdrawal should unwanted results be obtained.

Tempted by the forbidden fruit

The European Union has actually shown a more sophisticated approach to the emerging digital sector and its main raw material (data). The General Data Protection Regulation (GDPR), which came into force in 2018, grants rights to users over their personal data. At the same time, in the field of business, EU Commissioner Margrethe Vestager has opened the most ambitious cases on competition and market dominance against Google, Apple and other North American tech firms.

However, the fundamental issue lies in a lack of European leadership within the digital sector, which has been highlighted more clearly than ever before during this crisis. With an undermined State capacity focused on the healthcare sector, the leaders of the 27 EU Member States have encountered numerous problems in their attempts to develop reliable tracking apps.
Google, Facebook and Apple therefore represent the “forbidden fruit” hanging from the tree of knowledge, offering a database that already contains the majority of European citizens. With the relaxation of competition rules, we are witnessing a perfect storm for centralization in the digital sector.

So, which path should Europe choose at this juncture? Perhaps one that maintains its legacy, ensuring that neither corporations nor States can abuse this temporary need for discipline and a cure.

In terms of digital rights, Veena Dubal (a professor at the University of California) believes we should use this moment to reflect and “demand large-scale restrictions on data collection, the construction of digital barriers and permanent limits on biometric surveillance”. Therefore, one essential first step should be to demand the erasure of all data collected during the COVID-19 crisis once it is under control.

In this regard, the European Court of Human Rights has insisted on the fundamental nature of the right to privacy, which cannot be violated under an excuse of “national security”. We need to ensure that this system of guarantees continues to take precedence over the authoritarian tendencies that might emerge in the coming decades. Furthermore, technical safeguards will need to be put in place in Spain to update the powers held by the Spanish Data Protection Agency and to create new bodies of a similar nature to the French CNCTR, for example.

In terms of economic issues, Europe should take steps to prevent a lack of digital capability in future crises. Besides the GDPR, experts including Francesca Bria, President of the Italian National Innovation Fund, have proposed measures that could remedy Europe’s slow progress and protect users as both citizens and data producers.

– A new digital taxation system and e-commerce regulations that consider the unequal impacts of the pandemic.

– The reclassification of personal data as public assets would allow part of the value of their data to be returned to consumers.

– Without prejudice to intellectual property and innovation, regulations could force companies to share data believed to be in the public interest.

– For small- and medium-sized enterprises, access to open digital infrastructures would rebalance the situation and increase competitiveness in European industry.

At any event, one absolutely essential characteristic of all these initiatives must be a respect for transparency and citizen privacy. We should not allow any crisis – no matter how severe – to stifle the principles and values we have built up over decades of European construction. 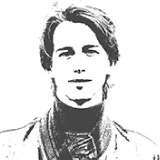 Bernardino León
A PhD researcher in sociology at SciencesPo
He is assistant professor of Political Theory and Security Studies at the SciencesPo Paris School of International Affairs. He forms part of the GUARDINT team, a collaborative project by SciencesPo, King’s College London and WZB aimed at studying the limitations and challenges that exist in the control and accountability of intelligence services in Europe. His work has been funded by the “La Caixa” Foundation and the French National Research Agency (ANR). [France] 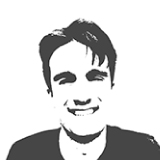