Education, a bridge between digital natives and digital immigrants

IDEASUNO MagazineEducation, a bridge between digital natives and digital immigrants

When Marc Prensky established in the seventies its divisoria aquarum between “digital natives” and “digital immigrants”, he synthesized the coexistence of two worlds in conflict and looking to build bridges between one another. The union of the Gutenberg galaxy with the Fleming galaxy requires bridge-building, bridge engineering, and few are those who can fulfill this task, because it requires having a foot on each shore. This quest for integration has already lasted two long decades of connections and short circuits. It happens in all areas: politics, education, business, etc. The major bridge should be education, at all levels, which must act as an interpreter between two languages.

It is untrue that technologies are indifferent. Of course they are, from an ethic point of view, because the person decides how to use them. However, in itself, the use of technologies modifies attitudes, behaviors and ways of dealing with reality. They modify us in an insensitive and continuous manner. A young man, once his senses and strengths have been boosted by electronic means through active simultaneous stimulus, develops a certain sense of perceptive flexibility. It implies an advantage regarding certain levels of fast and creative associations, and it gives him more horizontality and agility to establish connections on the same level. However, he loses depth. The most affected human characteristic by this is attention, which is the capability to focus on an object with a certain degree of penetration. This is why Descartes called it, aceis mentis, which means “the sharp point of mind”. It is what allows us to cut through the surface and reach the depths in all areas; from a sentence to a gesture, from a project to a governmental decision. Without attention there is no way to address the issue, no understanding of the small print of the contract. The young man is overexcited by the said stimulus coming from several places at the same time, and cannot focus on one of them, he cannot go in depth. Without attention, there is no corporate governance, nor scientific investigation, because there is no knowledge of the reality. That is an indisputable conclusion. The North American writer Carr, in his book about the Internet, explains it very clearly: “browsing on a screen is surfing; reading is diving”.

The use of technologies modifies attitudes, behaviors and ways of dealing with reality 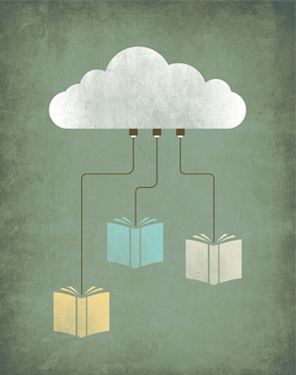 Another two-sided effect is speed: chat impoverishes communication, and despite being more agile and dynamic, it is always cortical. Quick reaction may be effective because it may resolve a doubt, and it is useful with regards to the context and tactical aspects. However, when it becomes a habit, the project cannot be fulfilled and, as a result, no endeavor can be made. Improvisation must not be the system, but the exception.
There are three types of education contents: conceptual, procedural and related to attitude. From the first category, almost all of them could be found on the Internet. The question is to accurately find them. The purpose of the current librarian- as we said in a recent statement in the National Assembly for Education-, in addition to other tasks he has always done is to guide professors and students in the virtual websites area: which ones are more specialized and how reliable they are. A visit without a guide is a loss of time and users would found themselves lost. The young man is not a cyber user: “cyber” in Greek means rudder; “cibernetés”, helmsman. The young man does not have the rudder of the ship; he sails without knowing where he will end up. Education will train him in orientation, selection, evaluation, hierarchy and synthesis of the material he looks for and end up finding. These intellectual operations, which form part of the procedural contents, ought to be taught over contents.

The linguistic well training of the one in charge of social media in a company, ensures the realiability of the answer given to the user, as well as it mantains the respect of the institution

People confuse levels, for instance, when a company decides to appoint a young man with high digital technology skills and without proper language knowledge as the head of their social networks (Twitter, Facebook, etc.). When writing a tweet, you have to be a language professional in order to avoid making any mistakes in such a limited space. All mistakes have consequences: everybody remembers when a community manager misspelled the word “limitations” in Spanish and was largely criticized. The linguistic well training of the one in charge of social media in a company, ensures the realiability of the answer given to the user, as well as it mantains the respect of the institution, whose signature is the tweet.((Nowadays there is a great manual Escribir en Internet (2012) (Writing on the internet) written by forty experts and edited by Fundéu. It is a great work about digital writing in Spanish. It should be diffused.)). 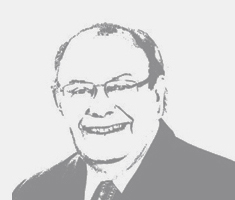