A few decades ago, it was unconceivable that technology could move at such a fast pace. Along with technological development, or in parallel to it, are people and companies. Do you know how long it took the telephone to reach 25% of the world’s population? About 35 years. It took 26 years in the case of television and 22 in the case of radio. Mobile phones have reached 25% of the world’s population in only 13 years. What about the Internet? About 7 years, three more than mobile Internet (mobile phones and tablets), which have reached that percentage in only three years. Facebook? Two years.

On top of all this, the revolution continues. In this context, people, but also companies, not only need to adapt faster and faster to constant changes, but in the case of companies, they also need to anticipate. Anticipation is one of the key factors of their survival and success.

The technological revolution tends to accelerate: it took the telephone 35 years to reach 25% of the world’s population, 7 years in the case of the Internet and barely 4 in the case of mobile Internet services

Working with the Internet is similar to skating on thin ice, if you are not fast enough, you will sink. This is one of the main conclusions I draw from being the head of Anuntis, a company which has undertaken a total transformation of its business in just a few years: from editing classified advertisements magazines, to manage sector-specific websites and earn 100% of the turnover via the Internet. In a sense, this transformation is yet to be finished, as the Internet is no longer only related to the home computer; you can find it in any Smartphone or Tablet. Moreover, the Internet has a new short-term goal: television.

In order to face both the speed and extent of these changes, businessmen and entrepreneurs must remain constantly vigilant. In a sense, the main goal is to carefully manage the company in order to prevent with sufficient time the obstacles that may arise. Examples such as Nokia need to be taken very seriously. In about four years, Apple put in check the 25 years’ history of this Finnish manufacturer, which was a market leader. Blackberry experienced a very similar situation. 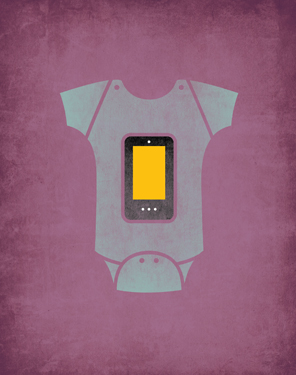 In addition to anticipation and speed, and in order to manage the unavoidable and constant changes caused by the Internet, it is indispensable to fight the inner resistance to face the said changes that are required to undertake the transformation, and you have to do it with conviction. In that sense, it is worth providing the necessary resources, bearing in mind that our current business model may disappear. This is exactly the situation of journalism for years now. Will it survive? Certainly, but the days of paper are numbered.

It is easy to look at the world from a 40, 50 or even 30 years old perspective, but we have to look at it from another viewpoint. The Internet world is about our sons and grandsons: the digital natives. Those who have not yet learnt to speak but can handle the screen of a Smartphone or a Tablet. We might not stop reading paper books, but the digital natives’ perception is entirely different and, eventually, they will be our clients in the medium term.

It is true that the policies of phone companies have had a lot to do with the progress of Smartphone penetration in Spain. However, the strategy of giving free devices has not reduced sales. Furthermore, the technology culture seems to be more present in Spain than in other countries. In fact, our country leads the use of tablets in Europe and about 17% of the Smartphones owners also have a tablet. Data from Anuntis point out that 30% of the searches made by users are made from mobile devices.

When thinking about the Internet, we have to bear in mind that our sons and grandsons, the digital natives, will be our clients in the medium term

Moreover, it is worth stressing out when do users use the devices connected to the Internet and how much time do they spend on them. Therefore, users are mainly connected to the Internet through their computers during working hours, whereas they are primarily connected through their Smartphones in the early morning before work, and while on the go. Tablets lead the night shift and are normally used while watching TV.

There is no doubt that it is important to know which device users use. However, it is also important to know how much time they spend surfing the Internet with them. As you can imagine, the answer depends on the size of the screen. Consequently, Smartphones users use their device to surf the Internet 17 minutes on average, 30 in the case of tablets users and 39 in the case of computers users. As a result, it is essential to adapt the contents to the experiences provided by each device, and to look forward. Nowadays, the new challenge regarding the Internet is television. Years ago, videos revolutionized the Internet, and now, the online world is revolutionizing television. Smart TV has become a fully operative reality: interactive TV, movies, pictures, home videos, Internet and social networks. All of this can be done thanks to a single remote control. This new context will transform the advertising investment distribution in Spain. According to Infoadex, during 2012, the Internet was already the second media in terms of advertising investment after television. From now on, constant changes will become permanent. 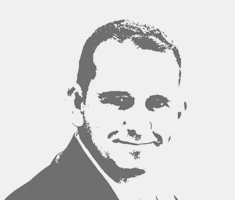 David González
President, CEO and Co-founder of Anuntis
President, CEO and co-Founder of Anuntis, leading company in webs of purchase and sale in Spain and Latin America, such as Segundamano.es, Fotocasa.es, Coches.net and Infojobs.com.br. He completed the General Management Programme of IESE. He began his career in the industry of graphic arts, design, pre-printing and advertising. He pioneered the online business in Spain and, in 1996, he launched the transformation of his business of Internet-based classified magazines. Anuntis’ websites are currently the second most visited websites in Spain. Its portals have over 16 million users, 1.2 billion page views and 4 million active adverts. His activity is now focused on mobile Internet and on Infojobs Brazil. @davidgocastro