Brands are what people say they are. In 1999, Larry Page and Sergey Brin launched Google, a search engine completely different from its predecessors, as it classified search results using a social algorithm, which made more difficult for website authors to manipulate the results. In a very short period of time, Google proved the lack of fidelity of the client in that market. It obtained a majority market share in most of the world’s countries, and was able to redefine the Internet as a place where the visibility of information primarily depended on how many users were redirected to that information through links from other websites. It was mainly a social algorithm, which depended on the behavior of the environment. Therefore, it completely changed the way we understood concepts such as reputation, brand or digital identity.

Regardless of whether the information about a brand is published online, if enough people associate your website to a certain adjective; it is very likely that your brand will be associated to that adjective, unless you manage to associate it to another adjective. The Spanish Copyright Association (SGAE by its Spanish acronym) watched in horror as a large number of websites and online articles associated their website with the words “thieves”, as a way to protest against their actions regarding copyright levying. Despite the association attempts to silence some of those who caused this situation by taking legal proceedings against them “proceedings it ended up losing”, it is beyond doubt that, years later, the Spanish copyright association did not get rid of that reputation, which is still deeply rooted in the collective imagination.

All the Internet, without exception, works with a social criterion

What is the right way to address issues such as reputation, brand image and identity on the Internet? First of all, it is worth stressing out that the Internet, all of it, works with a social criterion. As with all social environments, there are two key factors that allow us to reasonably deal with it: mouth and ears. When speaking about a website, the ears correspond to a wide range of tools which immediately inform the brand whenever a term related to the company, its brands, and the name of their main managers or any other identifying element is mentioned. Not only are we referring to alert tools, but we are –mainly– talking about having an online presence which will redirect anyone mentioning us to our websites. The reason is simple: if anyone consults our information through a link, it will be registered in the statistics, and as a result, we would be able to consult the source and its relevance. We must be careful because we never know when a source of apparently little relevance may become important through a viral diffusion process, or may have a link in a more well-known website or media. 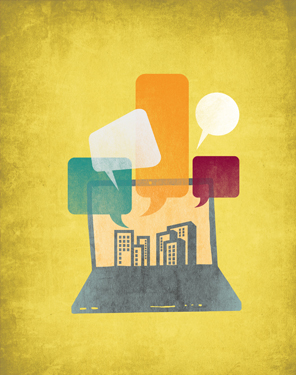 Ego-search, with all its personal and corporative connotations is a fundamental tool. However, it must be supported by a web architecture that prioritizes the visibility according to the user’s criteria: websites in a “digital brochure” format are no longer an option, because they tend to be static and they index information below their potential. In addition to this, they do not provide incentives to be linked. Every day, more companies have recourse to blog-like formats: in an environment in which Google prioritizes new information and its flow in social spheres, a static website will gives us the impression of an outdated company, however brilliant the designers we have hired may be. The websites of many companies are becoming more and more like a media, they are able to generate a flow of attention and a community of interested readers prone to share the information they read in these websites. Companies are learning to elaborate information in areas where they are able to editorially control it –in a blog or in the corporate website–. After doing so, they make the information flow through different kinds of social networks, which present that information to the target audience or to those who might be interested in consulting it.

This leads us to the second organ, which plays a major role regarding the development of online reputation: the mouth. It is important to have well-developed ears in order to hear any mention to our brand. Therefore, it is also very important to have a voice that allows us to react to the said mentions with “web speed”. “Web speed” does not mean waiting until the next day, calling a crisis cabinet, speaking to a communication expert and sending a press statement: that would be a XX century strategy. In the XXI century, companies work as people; they have to listen and publish their reactions and clarifications in a short period of time, and in a controlled environment. A delay of a few hours could provoke the diffusion of a viral communication process that would cause considerable damages and would probably be difficult to reverse. Companies are more and more aware of the need to communicate in a human manner. These are new skills that imply moving away from the time when companies never acknowledged their mistakes and have to ridiculously follow the Roman ideal “Citius, Altius, Fortius”. Nowadays, the more credible companies are those who adopt radical transparency policies and allow people to see and understand their strategy, those who share, and those who know how to always be in contact with stronger communities.

A website, a corporate blog, a personal website, the Twitter account of a manager, a Facebook page, etc. are valuable resources which could, at a given time, increase the impact and scope of our communications much more effectively than a press statement sent to the conventional media.

Companies’ websites are increasingly similar to the media

After all, we are doing nothing else than reading the first chapter of a book which has rightly become a classic: The Cluetrain Manifesto. We can quote some meaningful sentences of that 1999 book such has “markets are conversations” or “In just a few more years, the current homogenized “voice” of business—the sound of mission statements and brochures—will seem as contrived and artificial as the language of the 18th century French court”. Many companies did not read that book and are nowadays desperately trying to communicate on the Internet: a place they barely know. They do not know how to communicate, and only send pathetic and absurd commercial messages. They send them late, and use the flowery and characteristic style of the XX century.

Reputation, brand and identity on the Internet follow a fundamental rule: the truth will come out

Reputation, brand and identity on the Internet follow a fundamental rule: the truth will come out. Do not lie. What seems strange is probably actually strange. Overall, apply common sense. The Internet is beyond doubt a different ecosystem. The elaboration of content able to add value to third parties may contribute a lot to a company’s reputation, whereas the radical protection of the said contents could ruin it (a strategy naturally carried out during the last century). The Internet is like the sea: fill it with trash and lies and it will only bring you misfortunes.Fill it with good contents and useful things and it will bring you fortune. To conclude, use common sense: listen well, act fast and communicate with empathy and in a human manner. That is all. 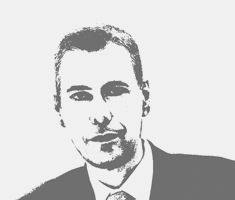