The Internet and the informative and cultural plundering

IDEASUNO MagazineThe Internet and the informative and cultural plundering

We have entered an historic phase in which the perception of the great benefits of the Internet begins to be compensated by its hazards, threats and risks. It is not intellectually contemporary to think about amending the whole Internet, because that kind of attitude would imply a deep lack of knowledge about the accomplishments humanity is achieving thanks to the Internet. However, the enshrinement of the great amount of options of progress offered by the Internet is as unfair as its demonization. The Internet is not an universal panacea, and its growth and technological improvement “more and more versatile” generates collateral damages with terrible consequences. It is now time to defend one of the main properties of occidental societies: intellectual property, which has a lesser legal importance compared to real state and industrial property.

For many reasons, the rights derived from intellectual property are said to be contradictory to the -often constitutionalized- right of universal access to cultural products. It is true that the constitutionalism of the last century has established the access to education and culture –different concepts– as a universal right. However, regarding culture, it has not established that it had to be free. By applying an analogous interpretation with regards to the rights to health and education, many have believed that cultural and informative contents should have a non-onerous acquisition status. Therefore, the free culture was born, and it has eliminated all socially negative connotations of the concept piracy. As a result, resorting to piracy to consume information –besides the news– and creative works is not effectively condemned -not only from a legal point of view, because in countries such as Spain it is precariously and indecisively condemned- but also from a collective or social viewpoint.

Last March, the Spanish novelist and essayist Javier Cercas stated the following in El País newspaper: “Doctor Johnson thought that only fools write without being paid. He was right, and I know it because until I was 40 year old I acted like a fool; and I am afraid that I will have to act like a fool again soon. According to the FGEE report, 58% of Spaniards read in digital format. Among them, 68% illegally downloads books. I am unable to make an optimistic interpretation about that data. The only thing I could say is that against such robbery, as against corruption, the only defense we can have (in addition to well paid teachers) is an effective law as well as politicians brave enough to enact and enforce it.”

Piracy is already considered by a front line intellectual as a robbery and likened to corruption. This opinion “although worded in a different way” is also shared by Antonio Muñoz Molina in a great piece of work “Gran Industria” (big industry), also published in El País newspaper. The prose writer from Jaen stated that “a writer or a musician, who claims not the right to make a living of his profession, but the right to receive a minimum compensation from those who enjoy his work, will instead receive threatening comments that send a chill down the neck. Comments much more aggressive than the comments a politician or a banker would arouse. The idea that a book, a movie or a disc, create decent jobs for qualified people thanks to whom these works came into existence is not taken into account by a part of the public and by political leaders.”

Developers and search engines have burst onto the scene –as parasitic businesses–. Not only do they benefit from others’ work, but they also earn more revenues through the insertion of advertising 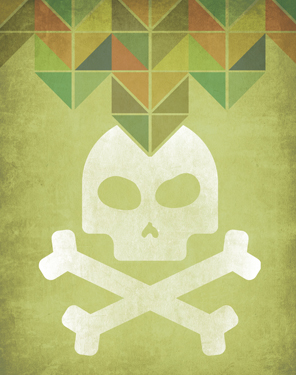 The pessimistic viewpoints of these two well-known authors are backed-up by a must-read study which helps to understand how deep the cultural and informative plundering on the Internet actually is. I am referring to the book published by Robert Levine called Free Ride, accurately subtitled :“how cultural parasites are destroying the cultural business, and how the cultural business can fight back”. The author wonders if “it’s time to ask, seriously, whether the culture business as we know it can survive the digital age” and, speaking about the border area of information, whether “any significant professional media business can thrive in an environment where information can be taken so easily.” Answers are far from being optimistic, because Levine shows with data that “nearly a quarter of global Internet traffic consists of pirated content.” As a result, he deduces that “by making it essentially optional to pay for content, piracy has set the price of digital goods at zero.” Furthermore, he states that “information wants to be free (…) because the cost of getting it out is getting lower and lower.”

In addition to the huge problem of the “proletarianization” of the creators of cultural contents, there is also a problem regarding the non-viability of the new business models of the media (particularly in the journalism industry), which, in the emblematic case of newspapers, propose an alternative to the paper-based model. Levine accurately points out that “the idea that online media will inevitably be free comes from the theory that the price of any good should fall to its marginal cost. Since digital distribution gets cheaper every year, the marginal cost of media keeps approaching zero.” In this context, developers and search engines have burst onto the scene –as parasitic businesses–. Not only do they benefit from others’ work, but they also earn more revenues through the insertion of advertising. In these conditions, online journalism would be condemned to precariousness. This explains why “so far, content generated by online businesses can’t compete with that from traditional media companies”, as Robert Levine states.

The conception of media as a legitimate business is at stake, but there is more than that at stake: journalism. A profession that the Internet threatens to turn into a fossilized and useless occupation

It is undeniable that, in order to reverse this plundering, we need a –currently non-existing–education in values, inculcated since childhood, as well as an effective regulation that can be truly implemented. We also need a change of attitude on the part of the different entities regrouping all the creators of content –musicians, writers, actors, and producers–, which are too static and entrenched. In particular, we require a sea-change with regards to the suicidal demagogy of the media which, in order to gain audience, have encouraged a social climate such as the one denounced by Javier Cercas and Antonio Muñoz Molina, and very clearly reflected by Robert Levine in his book. The truth is that the conception of media as an –always– legitimate business is at stake, but there is more than that at stake: journalism. A profession the Internet threatens to turn into a fossilized and useless occupation, with all that implies for democratic societies in terms of moral damage. To conclude, we need to react. We are not limiting freedom of expression or access to information and culture; we are trying to put a stop to plundering.